Who are Insulate Britain? Protesters clash with drivers 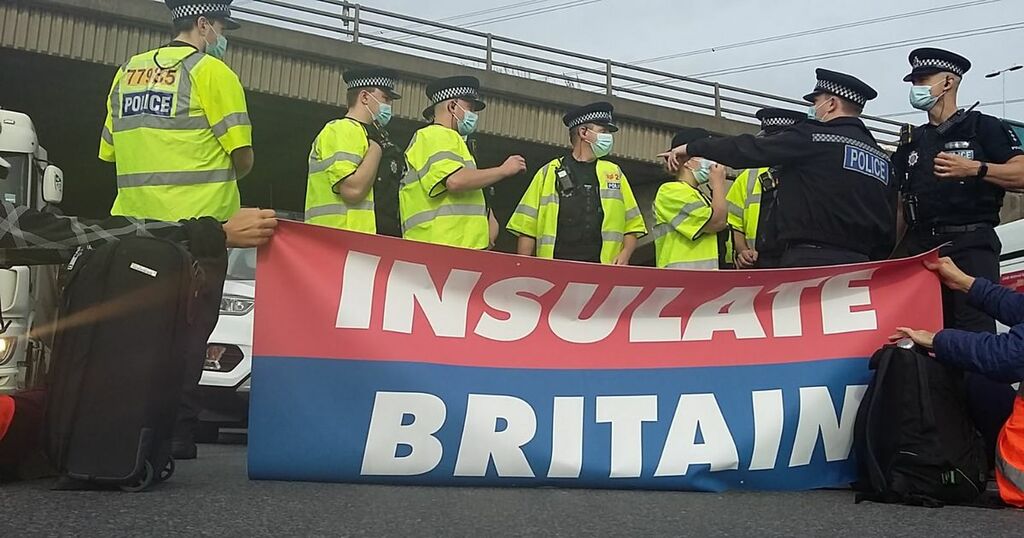 Insulate Britain took over vast swathes of the M25 this week, causing chaos on J6, J20, J3, J31 and at Junction 14 at Heathrow.

Clashing with drivers, seen in multiple videos of protesters being dragged away by motorists, Police have said more than 30 people had been arrested for highways obstruction.

The disruption caused miles of traffic to build up during rush hour with The AA slamming the protest as 'incredibly dangerous'.

Supt Adam Willmot said: "Protesters ignored police requests to move location, so we took robust action to enable roads to be reopened and to remove the protesters causing obstructions."

Who are Insulate Britain?

Insulate Britain are an offshoot of environmental activist group Extension Rebellion, which was founded on August 20, 2021.

The organisation claims that its demands were given to Prime Minister Boris Johnson at Downing Street by hand, however, the UK Government is yet to comment.

Insulate Britain have reportedly been holding campaign meetings since 29 June and recently held gatherings over the weekend in Taunton, Bath and Bristol.

What do Insulate Britain want?

Stated on their website, Insulate Britain have two main aims:

Supporters of the group include the former president of the Royal Institute for British Architects and commissioner of Historic England, Ben Derbyshire.

He said: "Britain has the leakiest and poorest performing housing in Europe that contributes 20 per cent of our total climate emissions."

The group aim to reduce home heating emissions to zero by urging the Government to 'wake-up' to the climate crisis and take action now.

One protester said: "Due to the catastrophic breakdown in our climate, I have been shocked at the lack of significant action from our Government. They need to face up to reality. It will destroy our economy and the fabric of our society. They are being incredibly reckless."

More action is planned if the Government does not commit to the goals that Insulate Britain say are 'doable'.