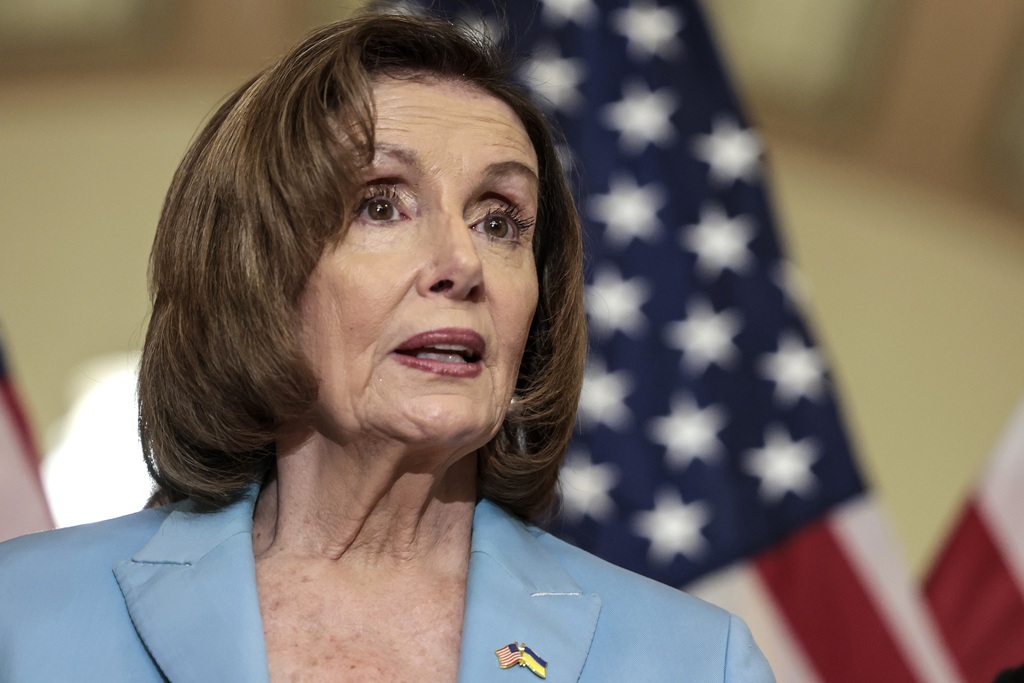 Infant formula shortage suddenly Topic A in Washington
The problem has been brewing for months, but politicians in both parties have recently seized on the issue, as the…

The Biden administration on Thursday announced steps to address the infant formula shortage, as limited supplies shake parents across the country struggling to locate the critical and, in some cases, life-sustaining products.

President Joe Biden spoke with retailers and manufacturers on Thursday to discuss the crisis, and the administration announced plans to speed up the manufacturing process, crack down on price gouging and increase supply through additional imports.

The shortage is in part fueled by the monthslong shutdown of the Abbott Nutrition plant in Sturgis, Mich., one of the biggest suppliers of infant formula in the U.S. and also a major supplier of several specialty formulas used by thousands of infants, children and adults with metabolic, allergic and gastrointestinal disorders. In February, the manufacturer recalled several products after FDA inspectors launched an investigation into complaints that four infants were hospitalized with rare bacteria after consuming formula produced at the plant. Two infants died.

Biden also sent a letter to Federal Trade Commission Chair Lina Khan on Thursday, asking the agency to address “any illegal conduct” that might be worsening the shortage or driving people to hoard the supplies. He also asked the FTC to look into whether small or rural retailers are being put at a disadvantage as supply tightens.

“It is unacceptable for families to lose time and spend hundreds of dollars more because of price gougers’ actions,” the president said in the letter. “I therefore ask that the Commission further examine whether there is price gouging in infant formula occurring, thoroughly investigate complaints brought to you through channels such as your fraud hotline, and that you bring all of the Commission’s tools to bear if you uncover any wrongdoing. We know State attorneys general are also examining this issue and may be valuable partners in this effort.”

Retail formula supplies have been relatively short since last summer, but the problem appears to have worsened in recent weeks. Now mainstream media has latched on to the issue, and Republican lawmakers have sought to turn it into a political weapon against Biden, calling on the White House to do more to help increase supplies.

“It seems that while President Biden’s administration and the FDA knew all about this problem as it developed, they have been asleep at the switch in terms of getting production back online as fast as possible,” Senate Minority Leader Mitch McConnell said on the Senate floor Thursday.

Democrats have also weighed in, with House Appropriations Chair Rosa DeLauro (D-Conn.) suggesting the Defense Production Act be invoked. DeLauro said Thursday her committee would hold a hearing on the issue on May 25. The House Energy & Commerce has announced a hearing on the same day.

The president is not invoking the Defense Production Act at this time, the senior administration official said Thursday, while also acknowledging that the administration doesn’t have a timeline for supply to return to normal.

“We do not have an estimate today when Abbott’s availability will come online,” the senior administration official said.

Parents across the country have been posting pictures of nearly empty shelves at retailers for weeks. But the availability of infant formula varies by region, according to retail data. A custom analysis by Datasembly last week found that over the past two weeks, the out-of-stock percentage for baby formula nationwide increased from 31 to 40 percent. Some states saw out-of-stock rates that exceeded 50 percent.

IRI, another data analytics company that pulls information directly from retailers, found that the average in-stock rate is currently about 79 percent across the U.S. — far below the pre-pandemic norms of 95 percent, but not critically low.

The most urgent concern is the supply of amino acid, or elemental formulas — a class of product that serves a smaller slice of the population, but is often an important, if not the sole, source of nutrition for children and adults with special medical needs, as POLITICO reported last week.

Meredith Lee contributed to this report.

Infant formula shortage suddenly Topic A in Washington
The problem has been brewing for months, but politicians in both parties have recently seized on the issue, as the…