While MLB season hangs in the balance, commissioner Rob Manfred works on his backswing

While the two sides have struggled to find common ground and games were officially removed from the 2022 schedule, MLB Commissioner Rob Manfred was spotted Tuesday during a break in the steamy talks working on his backswing.

The photo, taken by the Associated Press, has been ridiculed by many who insist the upstate New York native hasn’t been taking the negotiations seriously.

The talks have run through eight consecutive days in Jupiter — home to a number of PGA Tour players — including one 16½-hour marathon session.

Practicing his golf swing. Full of chuckles at his presser. Maybe it's just optics, and maybe I'm guilty of reading too much into it, but baseball needed its commissioner to rise to the moment regardless of news today, and Manfred whiffed. Smug. Petty. Cold. This is his legacy.

Manfred officially canceled the first week of regular-season games through April 7, marking the first games wiped out by a work stoppage since 1995, and indefinitely suspended the start of spring training. Even if an agreement is miraculously reached within a week, spring training won’t start until mid-March.

“Today is a sad day,” MLB Players Association executive director Tony Clark said. “We came to Florida to navigate and negotiate for a fair collective bargaining agreement. … The reason we are not playing is simple: A lockout is the ultimate economic weapon.

This isn’t the first time golf has stirred a bit of controversy for the commissioner.

After MLB pulled its 2021 All-Star Game out of Atlanta over opposition to voting laws by Georgia legislators, U.S. Sen. Marco Rubio sent a letter to Manfred asking if the baseball leader would be relinquishing his personal membership to the Augusta National Golf Club because the club was located in Georgia.

“Taking the All-Star game out of Georgia is an easy way to signal virtues without significant financial fallout. But speaking out against the Chinese Communist Party would involve a significant loss of revenue and being closed out of a lucrative market,” Rubio’s letter to Manfred said. As of early 2022, it is believed Manfred is still a member of the club. 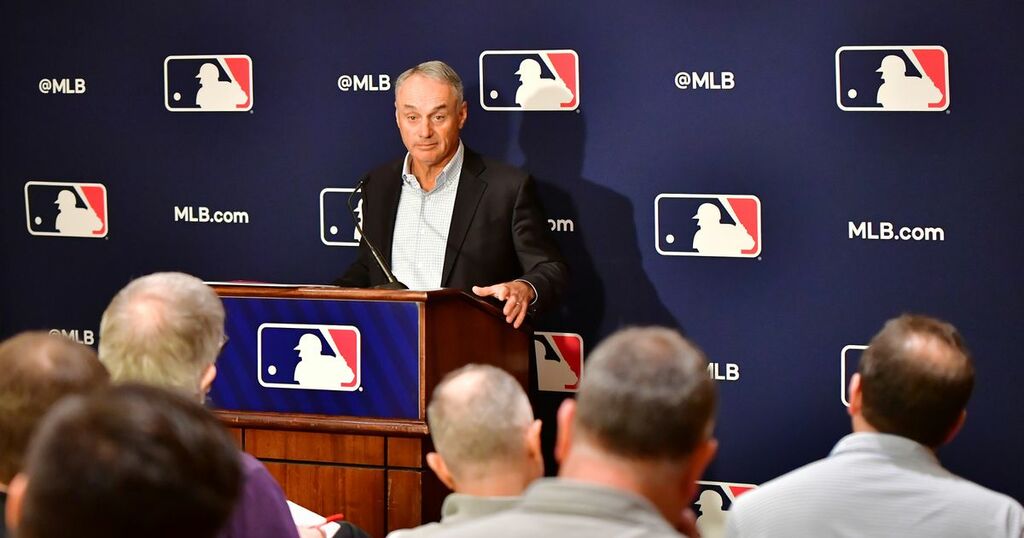 The White Sox and Cubs will both lose games against division rivals.