Where regeneration is having a positive impact on the City Region 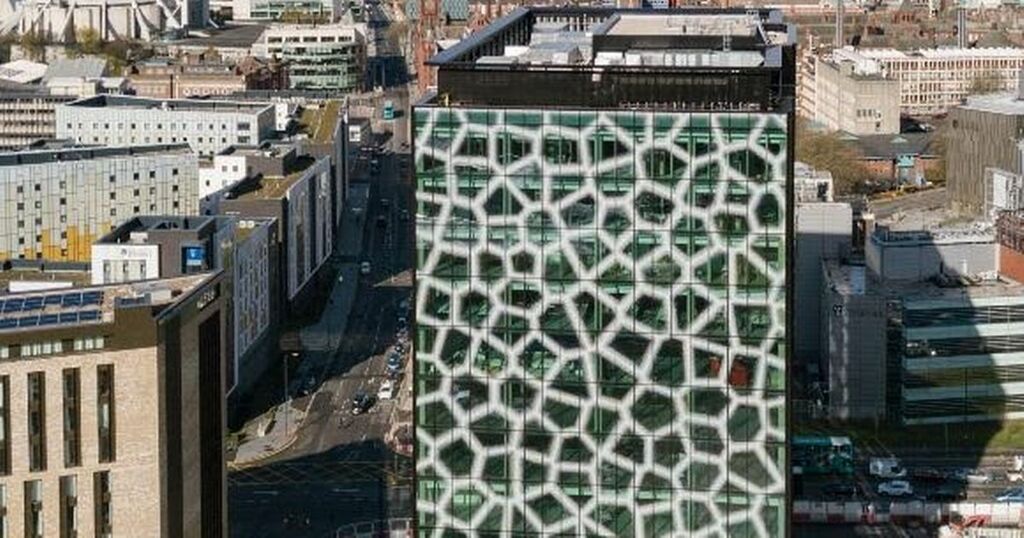 Liverpool’s recent history with development and regeneration has not inspired widespread public confidence.

The Caller inspection report, published back in March, pointed to a “deeply concerning picture of mismanagement” within certain areas of Liverpool City Council, leading to government appointed commissioners being put in place to oversee the council’s planning, regeneration, highways and property management departments.

The findings and subsequent consequences of the report will rightly have drawn a shade of negativity over Liverpool’s recent regeneration and left members of the public searching for answers over where the city heads next.

READ MORE: From scandal to success: How Liverpool plans to recover from the storms of the past year

But where the Caller report was seismic in its findings, it did not speak for the full picture of the city region’s regeneration.

Where members of the public may be tiring of craning their necks to look on at stalled development, there are equally shoots of hope rising up which exemplify the best of ‘positive planning’ - a key part of Liverpool City Council’s vision for its new chapter of regeneration.

Across the city region there are examples of development and regeneration that are innovative, community focussed and egalitarian.

And not all need to be 10 stories high with state of the art CGI renderings. Ideas and a strong sense of place are just as key to regenerating an area as any cosmetic development.

Here are just some of the examples of where the City Region is getting it right in terms of regeneration.

Planting a flag into the ground as the eastern gateway of the knowledge quarter innovation district, the dominant structure within the Paddington Village regeneration is in fact one of the healthiest buildings in the UK.

The Spine building was constructed in line with medical research principles established in the international WELL Standard, achieving WELL Platinum upon completion.

It is therefore being tipped to become one of the most progressive and healthiest workspaces in the UK for mental and physical wellbeing.

The Spine will also form the northern home for the Royal College of Physicians, with other occupants being the Clatterbridge Cancer Centre and City Council itself hoping to have a presence within the building.

While it’s eco-credentials - car charging points, floors with planters and a low carbon heating exchange - are another selling plus point for The Spine, more simply it is a building built on the foundations of clear purpose and collaboration

Back in September it was announced that The Spine would house a new Pandemic Institute, which would conduct research to help the world prevent and cope with future pandemics - while continuing to study the response to Covid-19.

The £4m renovation of Princes Avenue is a prime example of where regeneration is more than new tarmac and a row of saplings.

In this particular case, even with the delicately reformed, Parisian style central renovation and new cycle lanes, the regeneration of Princes Avenue lays down the rich history of the L8 postcode within each new section of paving.

While the cycle lanes in the central reservation are a pleasant cosmetic touch rather than a functional use to anyone cycling from the Georgian Quarter to Princes or Sefton Park, walking along the boulevard is as informative as it is visually pleasing.

The Christian churches, synagogue and Greek Orthodox church lined along the road are reflective of what remains one of the most diverse postcodes in the city.

Those who lived in and shaped L8 through the years can be felt within the Avenue’s regeneration.

With plaques recalling the Avenue’s famed West Indian nightclubs, to further information next to the stark, statue-less Huskisson plinth, the Avenue itself and the wider information it offers to the public is possibly one of the most honest readings of Liverpool and its social history.

It also scooped an award as the LCR Culture & Creativity awards for environmental sustainability.

Princes Avenue shows what can be possible when innovative design and community ethos are combined in attempts at regeneration.

In a similar vein to Princes Avenue, the proposed regeneration of Canning Dock, led by National Museums Liverpool, is one that will also see infrastructural change engrained with the area’s history.

A collaboration between architects Asif Khan Studio, Sir David Adjaye OBE, Mariam Kamara and artist Theaster Gates, the winning team in the Waterfront Transformation Project, will see the creation of pedestrian links to the Canning Dock, while also bringing life to multiple buildings within the area.

While the Albert Dock is one of the most popular tourist attractions in the city, the space between it and Mann Island is for the most part untouched, with visitors snaking around a thin walkway bridge near the river’s edge when making the journey towards the waterfront.

But in these new plans announced at the end of September, the transformation will see much of the land on Canning Dock unlocked by the new walkways with additional installations focussing on the waterfront’s unique, albeit difficult history.

The installations part of the regeneration will focus on ways to bring the history of the transatlantic slave trade more into the public realm through compelling yet sensitive design.

While NML are now working to secure funds to realise the project fully, the Canning Dock regeneration would be a subtle but powerful display of conscientious and effective regeneration - further unlocking the potential of an area that is a mainstay of the city’s tourism sector.

When Future Yard daubed “the future is Birkenhead” on the front of its building in giant letters in 2020, it’s safe to say that it produced a colourful reaction.

But where the other projects listed involve significant changes to a landscape and development work, Future Yard is shining example of regenerating an area through ideas and collective belief - the motto being the CIC’s somewhat tongue and cheek, but deadly serious first act in a bid to see a town hit buy industrial decline re-find its spark.

Granted there have been some cosmetic changes which have seen the former nightclub building become a bar, café, venue and practice studio space - one which is aiming to be the first carbon neutral music venue in the UK.

However much of the work Future Yard is doing to spearhead Birkenhead’s renaissance - along with The Bloom Building and Make CIC - is more around changing the story and impression of a town rather than physically changing the town all together.

Civic pride can do as much heavy lifting as an crane dropping in lift shaft foundations, and using culture as fuel for change as opposed to layers of cladding is as much at the heart of what Future Yard is doing to help regenerate Birkenhead.

Already the town now boasts a cultural hub that could match anything in Liverpool, Manchester, London and beyond.

Speaking to the ECHO in September, Future Yard’s co-founder Craig Pennington said: "At one time, the Baltic Triangle was well on the way to being Liverpool's official red light district. But after the opening of two music venues and an arts space, it led to a huge property boom and it becoming one of the most desirable places to live.

"Our focus is different because we want to do the same thing but from the grass roots up, rather than it being led by property developers. We want this to be a community-led model of regeneration, with Argyle Street as a creative quarter, but without it becoming too expensive for people to live here."

As the City Region emerges from lockdown and political scandal, grassroots regeneration such as that taking place in Birkenhead will be just as important as any headline projects that gradually spring up from the ground.