Where Bake Off's Ruby is now - transformation, wife and feud with 'manchild' Paul 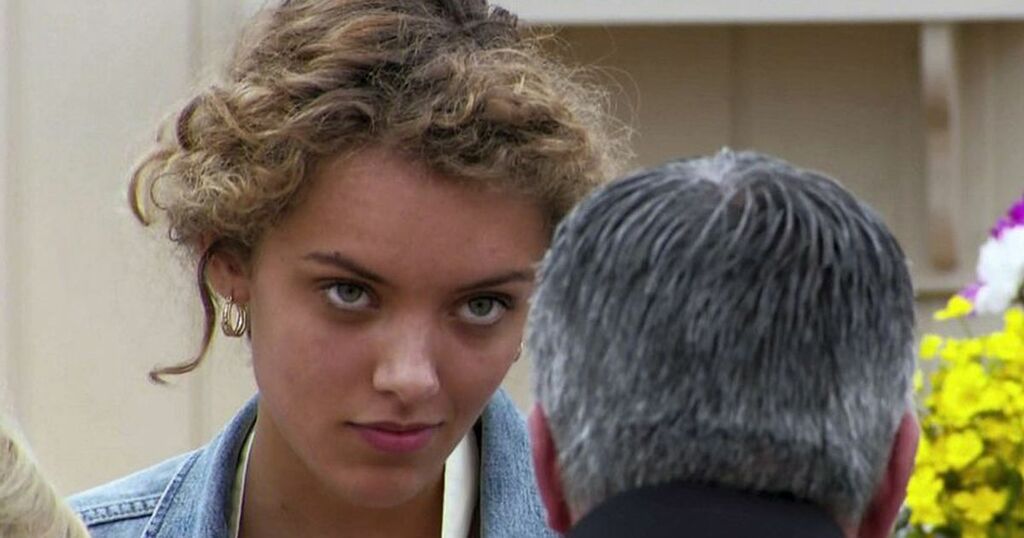 Ruby Tandoh has been hailed as the greatest contestant to never win The Great British Bake Off.

When she walked into the famous white tent during series four back in 2013, the former model was a first-year history and art student at University College London.

But her life has drastically changed after leaving the show - becoming a best-selling author, getting married and even having a very public spat with Paul Hollywood.

Being runner-up didn't stop Ruby from having a great career in baking, becoming a writer for the Guardian until she quit due to the 'elitist' nature of food culture.

Throughout her impressive run on the show, some viewers repeatedly picked up on her 'chemistry' with the silver-haired Bake Off judge and speculated on a possible romance.

But Ruby put the rumours to bed in April 2015 when she revealed her sexuality on Twitter.

With a link to Diana Ross' hit song I’m Coming Out, she wrote: "Me to my parents today. feeling lucky and joyful and f r e e. over and Out."

But what she later added led to her tense feud with Paul.

She added: "p.s. for those who thought I fancied Paul Hollywood or that I’d ever bang him to get ahead – JOKE’S ON YOU, YOU MASSIVE S****ING MISOGYNISTS."

One person who wasn't pleased was the man himself, who replied: "very happy for you Ruby... but why do you feel it necessary bringing me into your announcement?"

Ruby remained silent on the matter and ignored the jibe, but said she was grateful for "all the positivity" as fans flocked to send their support.

Ruby went on to thank Twitter's 'queer queens' for giving her the courage to be honest with the world.

But the tension reignited when Bake Off moved to Channel 4 in 2016 - with Ruby blasting Paul for not following in the footsteps of Mary Berry, Sue Perkins and Mel Giedroyc in quitting the series.

"A peacocking manchild lingering wherever the money is, I am shocked," she brutally wrote. "This from a man who turned up to work revving a rental Lamborghini, or Ferrari.

"I don't remember, but the air was thick with testosterone.

"Call me Ishmael - my child, it was a dark time: shirts tucked into bootcut jeans and the season's first dusting of spray tan on the ground.

"We locked in battle with a mythic beast, both bright white and mahogany, man and baby, ego and terrible, terrible fragility all at once."

Ruby later admitted she could land herself in hot water following her outburst, telling her 72,800 followers: "I will be told off for this. I did it all for you my friends."

The Bake Off finalist has since admitted she doesn't lose sleep over her remarks towards Paul at that time.

"I don’t think that he’s particularly hurt by that. I don’t think he’s very vulnerable to the judgement of others, so yeah, that I don’t feel too bad about," she said this year.

There have been some big changes to Ruby's life, such as her epic transformation back in October 2016.

The baker decided to shave her head because she was "hiding" behind her curls and urged her follows to "do what you want".

Alongside some beautiful snaps of her new hairdo, she said: "I realised I was always hiding behind my big mop of hair and pulling it over my face so I was like… bye curls, hello being unapologetic. Such a nervous, skulking lil cockroach before. no more!"

That month, Ruby also married her fiancé Leah Pritchard in Sheffield and held a reception at Abbeydale Picturehouse cinema.

Pictures of the big day show Ruby in an old-fashioned white dress, which she matched with sandals and the obligatory bridal bouquet, while Leah sported an electric blue suit which she teamed with a patterned shirt and tan-coloured brogues.

Later, the baker shared a picture of the pair kissing via Instagram, which quickly racked-up more than 12,000 likes.

Bake Off changed Ruby's life, but she has confessed she no longer watches Bake Off and even the theme tune makes her "feel sick".

Opening up on her feeling towards the baking contest last month, Ruby says she "can't" have anything to do with the show.

During a recent appearance on Elizabeth Day’s How to Fail podcast, the food writer opened up about her feelings towards the programme.

When asked if she still watches the series on Elizabeth Day’s How to Fail podcast, Ruby said: "No, not at all. No, I can’t. I appreciate it as a show. I think the format is clearly compelling, but no.

"When I hear the little song, the little jingle at the start, I feel sick."