When it comes to cosmetic surgery, appearances can be deceiving 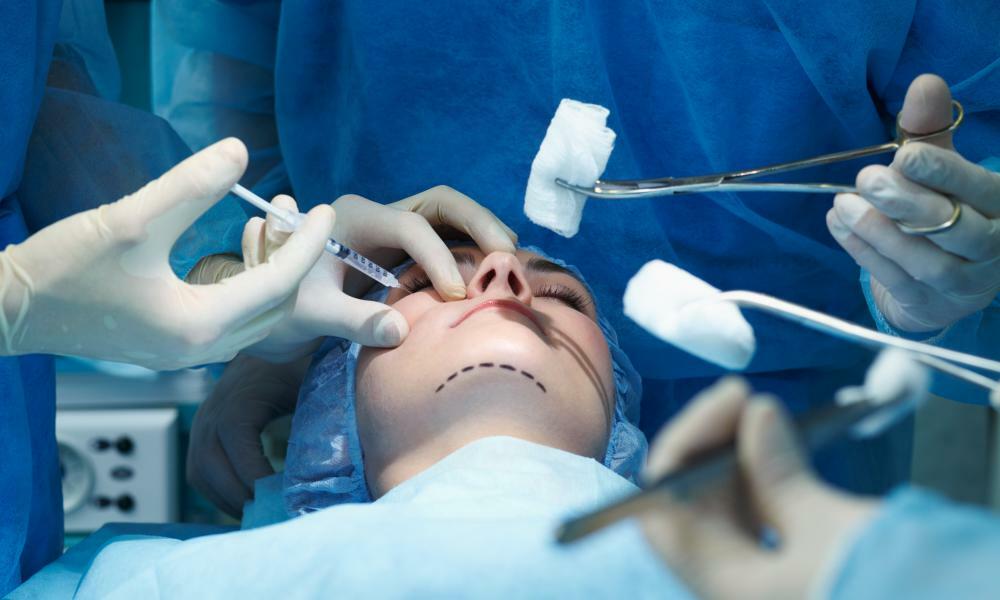 As I walked into the cubicle at the emergency department where Kate* was sitting, I was struck first by the smell. A faint, disturbingly sweet stench of bacteria, mixed with a musky perfume. Tearfully, Kate unbuttoned her shirt, revealing one of the worst post-operative infections I’d ever seen. She was painted in a kaleidoscope of colours, with bruising completely covering her breasts. She’d had a breast augmentation two weeks before. The incision at the bottom of her left breast was red, swollen and oozing with pus. The implant in the right breast appeared to have migrated laterally and there was asymmetry between the pair. Kate was distraught, aptly noting “it’s a botch job, not a boob job.”

Initially, Kate told me, she was thrilled with her choice of cosmetic surgeons. She had found their page on social media. She’d even had a colleague who had gone to the same doctor for Botox and was thrilled with the results. Kate was an educated, highly intelligent woman. She felt she had done her due diligence before seeking out the surgery. She had researched the risks of breast augmentation extensively and read the doctor’s glowing reviews. Their consulting office was clean and modern, the reception staff friendly. She’d had friends make poor choices, seeking the same operation in third-world countries for a fraction of the price. She could afford the operation in Australia and felt confident that she was choosing responsibly.

A GP would be reprimanded for performing an appendicectomy in their office, but for some reason a rhinoplasty or liposuction is acceptable

On average, a breast augmentation in Australia can cost anywhere between $6,000 and $20,000 and is not usually covered by Medicare. A “lower cost” procedure can often be performed if a patient is willing to seek out a less qualified surgeon, such as a cosmetic surgeon without Royal Australasian College of Surgeons (RACS) recognition. Cheaper implant brands may be used, and the operation may be performed in a clinic rather than in a hospital with a seasoned anaesthetic team under appropriate general anaesthesia. Frighteningly, many of these cheaper cosmetic surgeons also have no admitting rights to a hospital and if the operation does not go to plan, they will have to call an ambulance to transport the patient, mid-surgery, to an emergency department.

Despite her research, Kate didn’t understand the inherent difference between a cosmetic surgeon and a plastic surgeon. Anyone could be forgiven for thinking, like Kate did, that the two were the same thing and could be used interchangeably. She had no idea that underpinning the slightly lower cost of the procedure was a discount for lack of training, expertise, multidisciplinary staffing and proper anaesthetic support.

For those who seek surgical aesthetic enhancement, there is an implicit belief that the doctors performing the invasive surgical procedures are in fact trained surgeons. However, this is not always the case. According to the current regulations in Australia, any doctor with Australian Health Practitioner Regulation Agency (Ahpra) general registration can market themselves as a cosmetic surgeon without any additional training. A paediatrician could perform liposuction, an ophthalmologist could do your abdominoplasty (tummy tuck), a pathologist could offer you a rhinoplasty (nose job) and a psychiatrist could be performing your Brazilian butt lift.

Kate’s cosmetic surgeon had no formal surgical training as a fellow of the Royal Australasian College of Surgeons; was not a plastic surgeon with over a decade of rigorous, supervised surgical training; and had not developed an ability to manage complex and unexpected complications with finesse or understand the subtle nuances of anatomical variations. Their surgeries were all performed in a specialised clinic, not in a hospital with access to an intensive care unit and advanced life support in the event of an emergency. Previously, Kate’s surgeon was working in a completely different, non-surgical speciality. One day, they decided they wanted to be a cosmetic surgeon. And then they were.

The cosmetic industry is booming. Australians are spending over $1bn on cosmetic procedures each year. In 2017, more than 20,000 breast augmentations and 30,000 liposuctions were performed in Australia. Broadly speaking, the cosmetic field can be divided into cosmetic medicine and cosmetic surgery, with cosmetic medicine encompassing all non-invasive procedures and cosmetic surgery spanning any invasive surgical procedure intended for aesthetic enhancement including rhinoplasty, blepharoplasty, breast augmentation and neck lifts.

In 1998, the Cosmetic Physicians College of Australasia was established to regulate the sphere of cosmetic medicine (as distinct from cosmetic surgery). As yet, there is no formal Australian college of cosmetic surgeons. Cosmetic medicine only covers the practice of non-invasive medical treatments including dermal fillers, anti-wrinkle injections, laser and IPL machines and management of scarring, vascular defects and rosacea. Many consumers will seek out their GP, dermatologist, dermal clinician or registered nurse to perform these procedures. In contrast, plastic surgeons are arguably the only surgical speciality uniquely qualified to perform the risky, and technically demanding, invasive cosmetic surgeries such as abdominoplasties and breast augmentation.

For years, the Australian Society of Plastic Surgeons (ASPS) has been calling for nationally consistent regulations of office-based cosmetic surgery, arguing that the current lack of oversight poses an objectionable risk to the safety of patients. At present, there are no regulations and credentialling required for a medical practitioner who performs office-based cosmetic surgery. Professor Hugh Bartholomeusz, previous ASPS president, has argued that “we are conscious that consumers are ill-equipped to discern whether the doctor they choose for their cosmetic surgery is adequately trained to perform their procedure.” A GP would be reprimanded for performing an appendicectomy in their office, but for some reason a rhinoplasty or liposuction is acceptable.

As this issue gains publicity and traction, we have taken steps in the right direction. In 2018, the Victorian, Queensland and New South Wales state governments passed legislation restricting the type of facility that can perform cosmetic surgery. Further, in 2019, the federal health minister, Greg Hunt, urged state and territory health ministers to restrict the use of the title “surgeon”. Yet these steps have not been enough to adequately safeguard the interests of the hundreds of thousands of Australians who seek out cosmetic surgery every year and remain subject to this potentially dangerous ambiguity.

It’s a tragedy. But not one that is entirely unpreventable. As Kate has reflected, “If I had known the difference between a cosmetic surgeon and a plastic surgeon at the time, I would never have chosen them to operate on me. It’s completely misleading.”

Consumers spend a lot of time researching the price of a particular surgeon. Yet they often remain unaware of the potential non-monetary costs.