Nuts were a game-changer for vegan cheese because they provide a lot of fat: 100 grams of cashews have 44 grams of fat, versus 6.4 grams of fat in the same amount of soybeans. This allows for richer flavor and texture that gets closer to imitating animal milk dairy. Soy has also gone out of favor as a base for cheese because of allergy concerns, as well the fact that as of 2018, genetically modified soybeans accounted for 94% of all soy planted in the US. Nuts are not perfect — allergy or sustainability-wise — but they provide a fatty base with neutral flavor that has allowed vegan cheese to reach new heights of complexity.

Since the mid-2010s, there's been seemingly endless innovation. It's in the artisanal market established 18 years ago by Dr. Cow that most innovation is occurring, and it coincides with (or is maybe contributing to) interest in vegan cheese as one more variety of cheese you can serve on your cheese board: No longer does one have to be adhering to a vegan diet or lactose intolerant to find something to enjoy; a full vegan cheese board has become not just possible, but diverse and delicious.

As more chefs and cheesemakers realize the possibilities of adding cultures to various nut, seed, and legume milks and allowing those flavors to bloom, the more the vegan cheese market will continue to expand. There are also books and recipes that can help you figure out how to create cheeses or cheese-like foods at home.

Vegan cheese options on the market

Miyoko's Creamery and Kite Hill's nut-based, artisanal-style products are not the only ones available widely in the supermarket. Mainstream dairy producers have noticed the boom of interest in vegan cheese and begun to capitalize on it, making plant-based versions of their most popular products, such as Babybel Plant-Based. There are also the big vegan brands that have been around for a long time in supermarkets, such as Daiya, Field Roast Chao and Violife, which make everything from slices to shreds. These are made from oils, like coconut, and starches, such as potato, that are flavored and formed into a cheese-like shape, made for ease and recognizability by those who are incorporating more plant-based foods into their diets.

The range of products and recipes available that aren't based on soy or nuts is expanding, too, with sunflower seeds, pumpkin seeds and oats becoming more popular as base ingredients.

Beyond the mainstream, regional producers in the US, Canada and abroad are creating aged wheels of cheeses that have more in common with products from small-batch, artisanal cheese producers. These products are aged over weeks and have textures similar to dairy cheeses that are eaten on their own rather than as a complement to a dish. Blue Heron Creamery, based in Vancouver, British Columbia, sells cultured cheeses aged for 21 to 60 days. Rind Cheese, based in New York, makes wheels of cheeses that combine the flavors of Camembert and bleu cheese, soft and spreadable cheeses, as well as new slices for melting. Such cheeses might have rinds of various kinds: a washed rind, produced by the cheesemaker rubbing a brine over the cheese as it ages to encourage mold growth, like Gruyère; or a bloomy rind of edible mold, as one would find on brie.

Vegan cheese is also rather easy to make at home, from simple ingredients, instead of relying on store-bought products. There are endless recipes to be found online, via blogs and YouTube. To start, vegan cookbook author Isa Chandra Moskowitz's cashew queso and food writer Irini Groushevaia's tofu feta are easy introductions to how to create cheesy flavor with a non-dairy base. As noted above, more and more recipes are emerging that are nut and soy-free, using sunflower seeds, oat milk, and pumpkin seeds. The deeper resources for those starting out will be Miyoko Schinner's "Artisan Vegan Cheese" and Karen McAthy's "The Art of Plant-Based Cheesemaking,"

Though it's often assumed that a vegan product is sustainable, there are many concerns in terms of the main source ingredients for vegan cheeses, such as nuts, coconut and soy. Transparency is key here: Is the company telling customers where they've sourced ingredients and which measures they've taken to ensure they're produced not just sustainably, but with fair labor practices? Ask small, local artisan producers about their sourcing and check the websites of the brands at the supermarket — and email if there is no information.

As with any nut-based product, water usage is a concern. It takes one gallon of water to grow a single almond, and five gallons for a walnut, and these are often grown in water-stressed areas.

When it comes to cashews, human rights are the issue. More than half of the world's cashews come from three countries — Vietnam, India and the Ivory Coast — where working conditions are treacherous.

Human Rights Watch in 2011 reported major human rights abuses in Vietnam, where people "beaten with truncheons, given electric shocks, locked in isolation, deprived of food and water, and obliged to work even longer hours." The anacardic acid present in the shell of the cashew also burns the fingers of those who de-shell them if they're not provided with proper protection. Only 3% of the world's cashews are certified fair trade (which includes a ban on child labor and forced labor), so look for vegan cashew cheeses that aretransparent about their sourcing. For example, Miyoko's Creamery has a video on its website about the conditions of its cashew processing plant.

When making vegan cheese at home, as well, it is best to order your nuts from producers such as Equal Exchange, a democratic worker cooperative that pays partner farms fair prices.

Coconut oil is also used quite a bit in non-dairy cheese. Looking for labels that say the coconuts used were fair trade and organic, which means the laborers, local people and the growing environment won't be exposed to harmful pesticides. Fair trade, while not perfect, ensures some price stability for the farmer. This oil is often found in non-dairy cheeses that haven't been fermented and are made at a high volume.

Palm oil can often be found in processed vegan cheeses and other non-dairy products, despite its very bad track record in terms of deforestation, orangutan habitats, and human rights' violations. Vegan companies are starting to understand there is no sustainable way to use this oil in products, but it's worth keeping an eye out for it on ingredient lists.

When Miyoko Schinner, of Miyoko's Creamery, published "The Now and Zen Epicure" in 1991, it would have been hard to imagine that 30 years into the future, her name would be appearing on tubs of vegan cheese, boxes of vegan butter and bottles of "liquid vegan mozzarella" at more than 30,000 stores across the United States, as well as in Canada, South Africa, Hong Kong and Singapore. The book was put out by the publishing arm of The Farm, a commune in Tennessee that was established in 1971 and has championed a vegan diet ever since. This book was as niche as niche could get.

Yet it set the course for a modern approach to vegan dairy that we now can take for granted, like using nuts and coconut as bases for mayonnaise, cream sauce, sour cream, ice cream, and creme fraiche. The initial recipes were rudimentary, but they were also a leap forward. Tofu-based vegan cheeses had existed for centuries in China, and the first soy dairy had been established at the turn of the 20th century in Paris by an anarchist named Li Yu-Ying. But it was the realization that there were usable ingredients beyond soy that galvanized the possibilities of full-scale vegan dairy.

The power of nuts

Schinner doesn't recall precisely where she got the idea to use cashews for vegan dairy, possibly from raw foodists who had already been seeing the possibilities in transforming nuts and seeds without the application of heat. By 2004, Brooklyn-based company Dr. Cow introduced nut-based wheels of cheese and a tangy cream cheese that brought an artisanal touch that could compare to small-batch dairy cheeses. In 2012, Schinner herself put out the book "Artisan Vegan Cheese," setting off a new boom of possibility focused on culturing with rejuvelac, a fermented wheat berry beverage that had also come out of the raw food movement. She launched Miyoko's Creamery in 2014, selling wheels of fermented cashew cheese in a range of flavors. Kite Hill, founded by chef Tal Ronnen, launched in 2015 at Whole Foods Market with almond milk as the base. From this moment on, quality vegan cheese went mainstream, presenting a true challenge to the hyper-processed oil-and-starch "cheeses" that had previously dominated grocery store aisles. 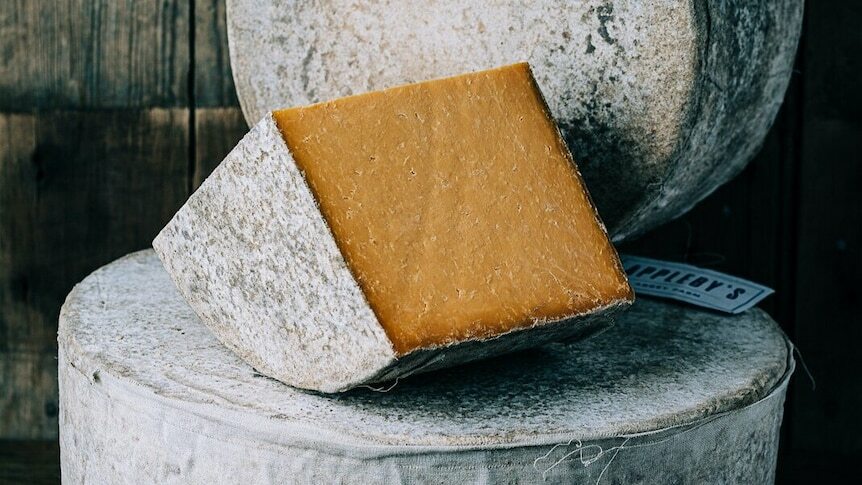 Raw milk cheese deal with UK set to please foodies, but not all local producers
A dozen raw milk cheeses have been approved for sale in Australia in a deal that some local cheesemakers say…

ABC News
From analysis to the latest developments in health, read the most diverse news in one place.
Cupcakes inspired by a classic cocktail

I didn't believe in the internet-famous "soda cake." Then I tried this boozy version 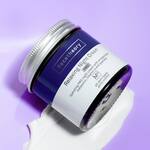 Mic
From pilaf to pudding: six winter-friendly ways with rice

Whether you like your rice fluffy, fried or stuffed with cheese, this staple grain can produce a dish to suit…

The Guardian - AU
When food shortages bite: what to eat and drink in the age of empty shelves

Weather, war and energy prices have put supplies under severe pressure. From British rhubarb to DIY dairy, here are some…

The Guardian - UK
One place to find news on any topic, from hundreds of sites.
A veggie burger for cauliflower lovers

What is a perfect veggie burger? That depends on how you like it