SYDNEY — China is forcing Australia to confront what many countries are concluding: The coal era is coming to an end.

For Australia, the world’s largest coal exporter, the decision is a gut punch that eliminates its second-biggest market at a time when many countries are already rethinking their dependence on a filthy fossil fuel that accelerates the devastation of climate change.

While Beijing’s motives are difficult to divine, there are hints of mercantilist protection for local producers and the desire to punish Australia for perceived sins that include demanding an inquiry into the source of the coronavirus. China’s commitment to cut emissions may also allow it to be marginally more selective with its vast purchases.

Whatever the reasoning, the impact is shaping up to be profound for a country that has tied its fate to coal for more than 200 years. Mining policy can still decide elections in Australia, and the current conservative government is determined to do the bare minimum on climate change, which has made China’s coal cutback a symbolic, cultural and economic shock.

“A transition has been forced upon us,” said Richie Merzian, the climate and energy program director at the Australia Institute, an independent think tank. “It’s hard to see how things will really pick up from here.”

The realization, if it holds, may take time to sink in.

Prime Minister Scott Morrison has ridden Australia’s traditional reliance on fossil fuels into power. He famously held up a hunk of coal in Parliament in 2017, declaring “don’t be scared,” and first became prime minister in an intraparty coup after his predecessor, Malcolm Turnbull, tried to pursue a more aggressive approach to combating climate change.

“Coal-Mo,” as some of his critics call him, dismissed concerns Wednesday about China’s ban, arguing that there are many other countries still lining up for the product.

“I should stress one point, that our biggest coal-exporting country, the country that takes our exports largest on coal are actually Japan and India,” he said. “So China is not our major importer when it comes to thermal or metallurgical coal.”

While Japan accounted for 27% of Australia’s roughly $50 billion in coal exports last year, China was not far behind at 21%. India was third at 16%.

Morrison’s faith in coal is hardly unique. The combustible rock is a most Australian product. It was first discovered on the continent in 1797, less than a decade after the first British settlers arrived. Since then, entire communities have been built around not just mines but also sprawling ports where cargo ships lug mountains of coal all over the world.

It is not a huge job producer. Only about 50,000 people worked in coal mining last year in Australia. (Plumbers clocked in at around 80,000.)

But it is a huge moneymaker. Coal production in Australia has more than doubled over the past three decades, with the share that is exported jumping to 75% in fiscal 2017, up from 55% in 1990.

And in many areas, from the Hunter Valley a few hours outside Sydney, to Mackay near the Great Barrier Reef, coal has long been a constant. It’s what you see on trains and at sea. It’s what put Australia on the global map. For many, it’s what inspires nationalist pride.

China’s ban, which started gradually reducing imports in August, is deflating that image.

Glencore, one of the largest coal mining companies in Australia, temporarily closed several of its mines in September and October.

In Mackay, where coal volumes from the ports have been dropping, the fear of lost jobs and a lost way of life has been increasing.

The stocks of Australian coal companies collapsed this week after the China news hit the markets.

And there is little sign of improvement. One pricing agency, S&P Platts, has estimated that in the first quarter of next year alone Australia will lose out on sales of up to 32 million metric tons of thermal coal — the coal for power plants — that would have gone to China.

China, in many ways, is simply the face of a more significant global disruption.

Japan announced earlier this year that it would retire about 100 of its most inefficient coal plants and invest in renewable energy. The country’s new prime minister announced in October that it would be carbon neutral by 2050.

South Korea and Taiwan, two other buyers in Australia’s top five, have also announced sharper targets for emission reduction, which would most likely mean less coal.

“It’s not market forces; it’s politics all the way down,” said Robyn Eckersley, a political scientist at the University of Melbourne who specializes in climate change. “The politics leads to a drying up of markets.”

For the coal industry, the broader trends beyond China are raising more concern. The United Nations’ scientific panel on global warming has repeatedly emphasized that a radical transformation of the world economy is needed to avoid devastation, calling for a rush away from coal.

There are signs that it could be happening faster than the industry expected.

But there are also industry veterans who note that the politics and economics of energy tend to be fluid, and that coal cannot be counted out just yet.

“None of this stuff happens very rapidly,” said Clinton Dines, the former head of BHP China, a subsidiary of the Australian-British mining giant.

Specifically, he said that while there are signs of a transition away from coal in some countries, coal-fired power plants in India, China and elsewhere are still being built, even if total demand declines. It is also unclear, he added, how long the favorable politics and generous subsidies around renewable energy will last.

“You’ll probably get a spurt in the next couple of years,” he said. “Once the voting populace has to pay for it, it’s a different matter.”

With China, of course, trade is always a complex calculation with a web of products and companies. Even after Beijing has targeted Australian coal, wine, barley and beef, Australia’s exports to China may end up flat or up for 2020, with iron ore accounting for roughly half of the total. Dines argued that China might lift the coal ban after its businesses grumble.

But with energy now intersecting with economics and the health of the planet, many coal critics in Australia are feeling ebullient, as if a turning point has already been reached. Banks in many countries are refusing to finance coal projects. There’s a new president in Washington who has pledged to join the worldwide effort to move away from fossil fuels — and Morrison’s stance, including his refusal to commit to net zero emissions by 2050, is increasingly leading to alienation on the global stage.

Last week, Prime Minister Boris Johnson of Britain rescinded a request for Morrison to speak at a U.N. summit focused on climate change, questioning whether Australia was doing enough to earn the slot.

“Australia is like the party boy that is still living like a 20-year-old in its 40s and 50s,” said Merzian at the Australia Institute. “Everyone is taking it seriously because their health depends on it and they know better, but Australia is still trying to rage on.”

No matter how much Australia’s leaders want to hold onto coal, “the shock is coming,” said Alex Turnbull, an energy investor based in Singapore who is also the son of the former prime minister.

It’s time, he said, to find a way to support the communities that have been told for decades that coal will always be there to save them.

“We need to just realize that this game is over here as far as export markets, which are looking very challenging,” he said. “If you’re Scott Morrison, you need to pivot or rip off the Band-Aid, or change the narrative. This is as good an opportunity as you can get because ultimately, it’s not your fault.” 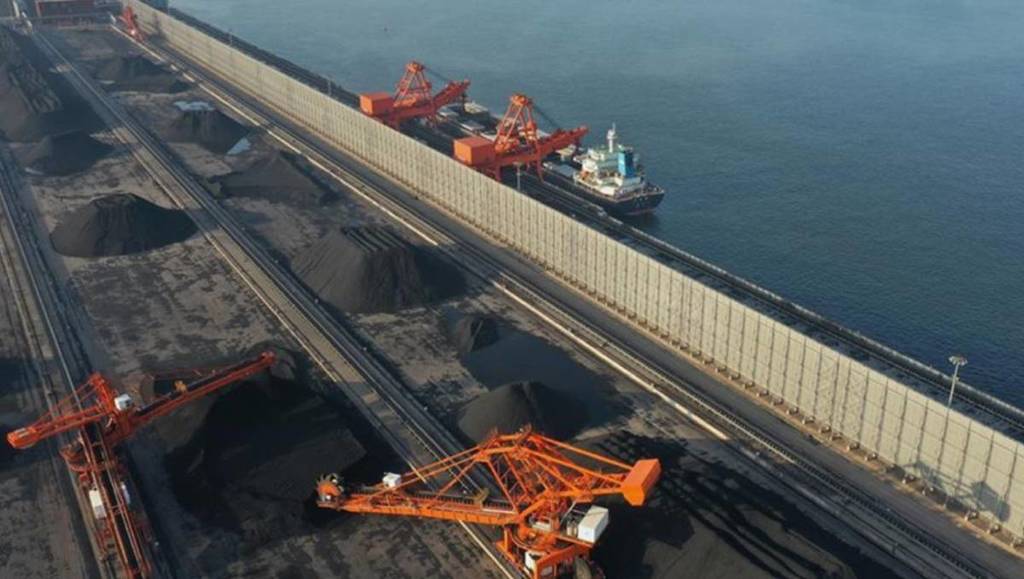 Bulk of coal in China's Australian rejection is mined in the Hunter and shipped from Newcastle
Eye of the storm: Hunter at the heart of China's latest coal call

Reuters
World leaders deserve to know about Australia's abysmal climate change policy, so I wrote to them

Australia’s leaders are playing with climate policy, pitching a nationalist and populist message to their base