By Susan Walker, and ,The Conversation
Birth Control

Deciding to stop using your regular birth control is a big decision. There are a number of reasons why you might be considering this — whether that’s to have a baby, or because of negative side effects, you might be experiencing (such as mood swings). But while there’s plenty of discussion about what to expect when starting birth control, there’s less information out there about what to expect when you decide to quit.

One of the biggest things to consider if you do stop using your regular birth control is the possibility of becoming pregnant. If you’re trying to avoid this, using a backup contraceptive method is important.

But some women may also experience changes to their periods, skin, or mood when they come off the pill and their natural cycle returns. This is because most contraceptive methods contain hormones — typically estrogen and progesterone – which suppress the body’s normal hormonal changes. This not only prevents pregnancy but may also have other effects – such as reducing period pain or affecting mood.

The most common method of birth control used by women in the UK is the pill. This includes both the combined pill (which contains both estrogen and progestogen) and the progestogen-only pill (often called the “mini-pill”).

If you decide you want to stop using the pill, it’s typically best to wait until the end of a packet. This will lower the risk of becoming pregnant from intercourse that took place just before stopping the pill. When using a combined pill, it’s safe to have sex during the pill-free break, but only if you start the next packet on the correct day and take pills for at least the next seven days. That is why stopping in the middle of a packet is risky in terms of pregnancy.

The biggest change you’ll experience when stopping is the return of your normal menstrual cycle. Since the combined pill typically makes periods lighter, less painful, and more predictable, you may find your periods are heavier and more painful in comparison to when you stop the pill. Your periods will also return to their regular pattern (which for some may have been irregular). People who experienced mid-cycle pain (during ovulation) or pre-menstrual syndrome before starting the pill may also see these returns.

If you were using the combined pill to improve acne or manage certain conditions (such as polycystic ovary disease) you will likely find these benefits are lost once you stop.

But if you were someone who took the mini pill, you may find your experience is slightly different when you stop. The progestogen-only pill does not provide the regularity of periods that the combined pill usually does — with many women often having irregular bleeding (usually light but unpredictable) while taking it. So when you stop the mini pill, your period will likely return to its natural pattern, which may be more regular and predictable.

Since progestogen has various side effects for some women — such as causing acne, mood changes, or low libido — stopping both the combined and mini pill may improve all of these.

Longer-acting hormonal contraceptive methods — such as the implant, hormonal intrauterine system (IUS), and the injection — have similar effects on the menstrual cycle as the pill. This may include making periods lighter but more unpredictable, or even the absence of periods.

If you have your implant or IUS removed, your menstrual cycle will return to its previous pattern within weeks. Your fertility will also return to normal within days or weeks.

But with the injection, you might not have a period for several months after stopping — and the return of fertility can also be delayed by a few months. This is most likely because of the high dose of hormone in the injection, and how well it suppresses the natural cycle. However, most women typically get their period again within a year of stopping the injection, and these periods are as regular and heavy (or light) as before.

If you use the copper intrauterine device (IUD), this does not contain any hormones. Though it’s long-acting and extremely effective against pregnancy, some women experience heavier and longer periods when using this method. Fertility returns immediately after having the IUD removed, so it’s important for women who don’t want to become pregnant to use backup contraception. It’s also advised women with an IUD don’t have unprotected sex for a week before removal because fertility returns so quickly.

You might be concerned about contraception having a long-term effect on your periods or your fertility, but happily, all the evidence points to this not being the case. Some women may find they experience a slight delay in the return of their periods after stopping any form of hormonal birth control (though it’s most common with the injection). This is because it can take a few weeks for the body’s natural hormonal cycle to re-establish itself. This is not a cause for concern unless it goes on for many months.

The decision to stop using birth control is an extremely personal one and will be influenced by whether you want to have a baby, your relationship, and many other factors. Apart from sterilization, all modern contraceptive methods are designed to be fully reversible. While you might notice some effects after stopping, these are typically due to the return of the natural rhythms of the menstrual cycle.

This article was originally published on The Conversation by Susan Walker at Anglia Ruskin University. Read the original article here. 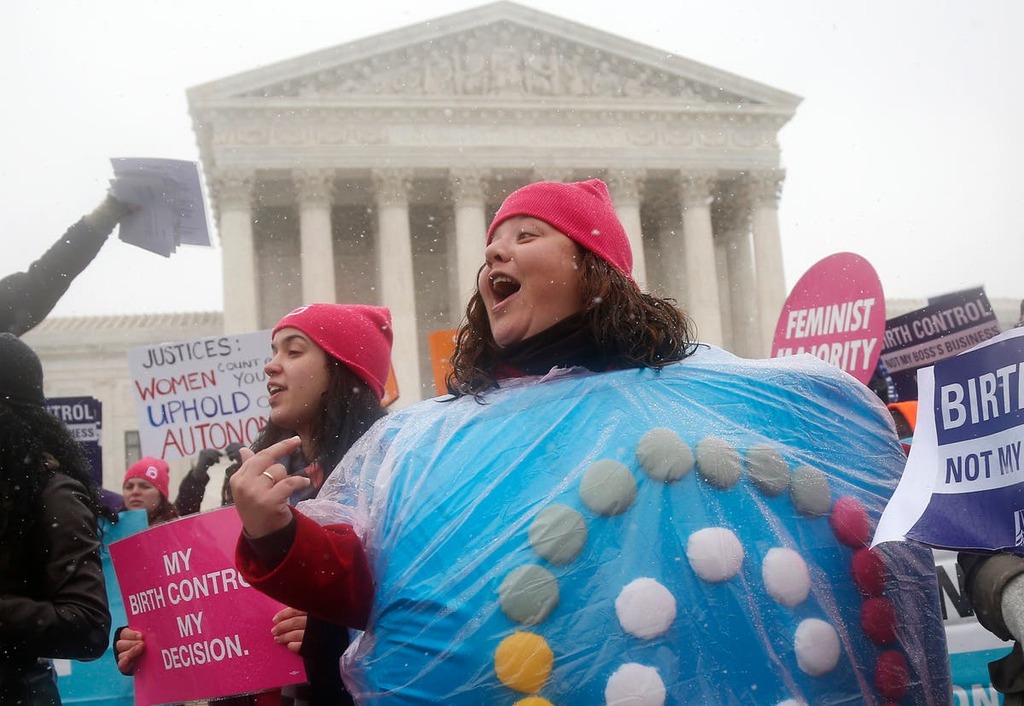 If Roe falls, some fear repercussions for reproductive care
If the Supreme Court follows through on overturning Roe v

The Independent UK
One subscription that gives you access to news from hundreds of sites
Editorial: First abortion, next birth control — women understand the stakes
Over the past few weeks, Americans have come to understand just how deeply Roe v. Wade, the landmark 1973 Supreme…

The condition, which affects 1 in 10 women globally, was originally highlighted in the Sally Rooney novel