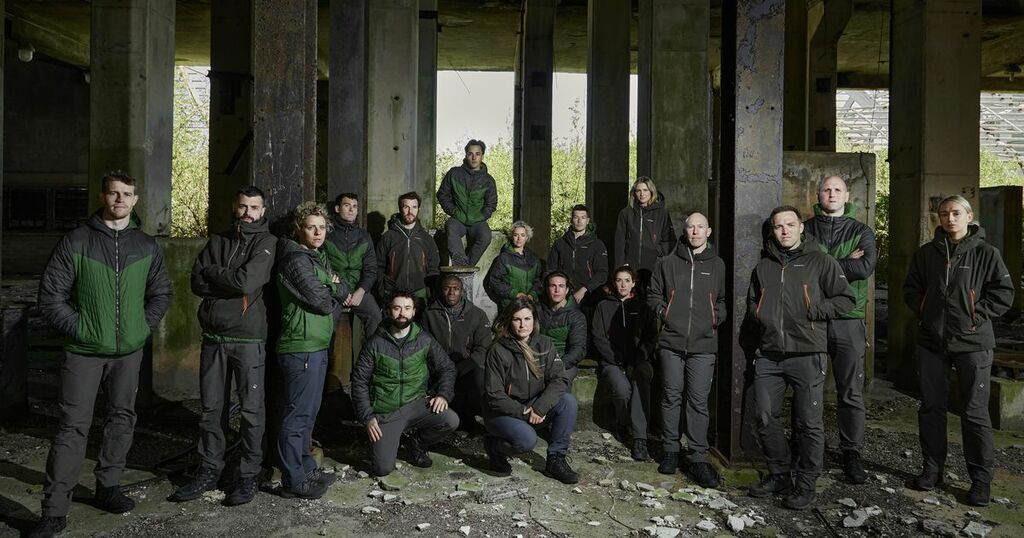 Ultimate Hell Week challenge is back - and this tine it’s the turn of the professionals.

Eighteen well known personalities from the world of sports and entertainment will attempt to pass the Hell Week course.

And here’s the group of famous faces hoping to beat the odds on the tough torturous trail.

The Dancing with the Stars champion is the younger brother of Irish country singer Nathan Carter.

The Liverpool born singer, who lives in Ireland with his brother and girlfriend, Dancing with the Star professional dancer Karen Byrne, admitted he had nightmares after the gruelling course.

He is taking part in the show in aid of Make A Wish Ireland.

The former Irish rugby star has also traded the rugby field for the dancefloor in Dancing with the Stars in the past, but is now up for his biggest challenge yet.

And despite having watched previous seasons of the show to prepare, he said that nothing could have prepared him for the mental challenges the Special Forces course threw at him.

He is competing for Children's Unit – Cork University Hospital.

Stephanie is an Irish footballer who plays as a striker for Peamount United of Dublin and the Republic of Ireland women’s national football team.

After winning her first senior cap in October 2008, Roche has made over 50 appearances for her country.

However, in one of her biggest challenges to date, she said taking part in the programme was complete torture.

Her charity is Diabetes Ireland.

Laura is a 26-year-old professional dancer from Dublin who stars along the professional partner line up in RTE’s Dancing with the Stars.

Trained in ballroom and Latin dancing as well as ballet, she was a finalist in the Under 21 World Championship, placing her amongst the top ten in the world.

She is taking part for Women’s Aid.

From Big Brother and Tallafornia to Molecular Biology, there’s more to Marc than meets the eye.

He left the world of reality TV back in 2015 when he graduated with a 1st class honour degree in Organic Chemistry and Molecular Biology.

In his late teens he was in the army reserves, and said Hell Week is the only show that would entice him to get back in front of the camera.

His Charity is Aware.

Ryan is best known for his role in Fair City and previously The Clinic.

The Irish actor from Donaghmede also showcased his impressive dance skills on Dancing with the Stars in 2020.

His charity is The Mater Foundation.

Eamon is a former Donegal footballer, who won an All-Ireland under Jim McGuinness in 2012.

The sports star said he has a fear of flying and tight spaces - meaning the week was challenging in many ways.

He is taking part in aid of Donegal Domestic Violence Services.

Niamh is a popular Irish influencer and fitness coach with 145,000 Instagram followers.

The fitness fanatic and social media star said the week was chaotic, but admitted she would happily do it again.

Her charity of choice is Dublin Rape Crisis.

Valerie is a Ladies’ Gaelic footballer who played for Cork.

She has won ten All-Ireland titles and nine Ladies’ National Football League titles between 2005 and 2015.

She was also an All Star on six occasions.

Her charity is LGBTQ Ireland.

But fans are set to see him take on a whole new storm tonight in the RTE show.

His charity of choice is Multiple Sclerosis Ireland.

Rory O’Connor, aka Rory’s Stories, is part of a new wave of Irish comedians to carve careers from the internet.

Also a best-selling author, he is taking on a brand new challenge on TV tonight in aid of Asthma Society of Ireland.

Andrew is a former Irish rugby union player who played for Ulster and represented Ireland at International level.

The podcast host of ‘potholes and penguins’ is taking part in aid of Oxfam Ireland.

Barry is a bass player and singer in Irish band ‘Hermitage Green’.

He is also a former Irish rugby international player, who co-hosts the podcast with Andrew Trimble.

His charity is Limerick Suicide Watch.

Melanie is a double Olympian swimmer from Co. Down and a member of the Irish Olympics athlete commission.

She competed at the 2012 Summer Olympics in the women’s 100 metre backstroke, finishing in 33rd place in the heats, failing to qualify for the semifinals.

She is taking part in aid of the Irish Cancer Society.

John is a children’s TV presenter most known for his role as Múinteoir on RTEs Home School Hub.

He also starred in Celebrity Fittest family in 2020.

His charity is Zamda Ireland.

Credited as the fastest growing male influencer in the UK & Ireland, he boasts over 364,000 followers on Instagram.

His charity is Down Syndrome Ireland.

Anna is an Ireland international rugby player from Cork.

At 17, she joined the Mallow Rugby club in 2007, and later progressed to the Munster senior squad.

She is now openside flanker for the Ireland squad.

Her charity is Pieta House.

He captained Kerry to the All-Ireland title in 2009.

Tonight, he is taking part in aid of the Irish Heart foundation.

Ultimate Hell Week: The Professionals starts Wednesday at 9.35pm on RTE One.