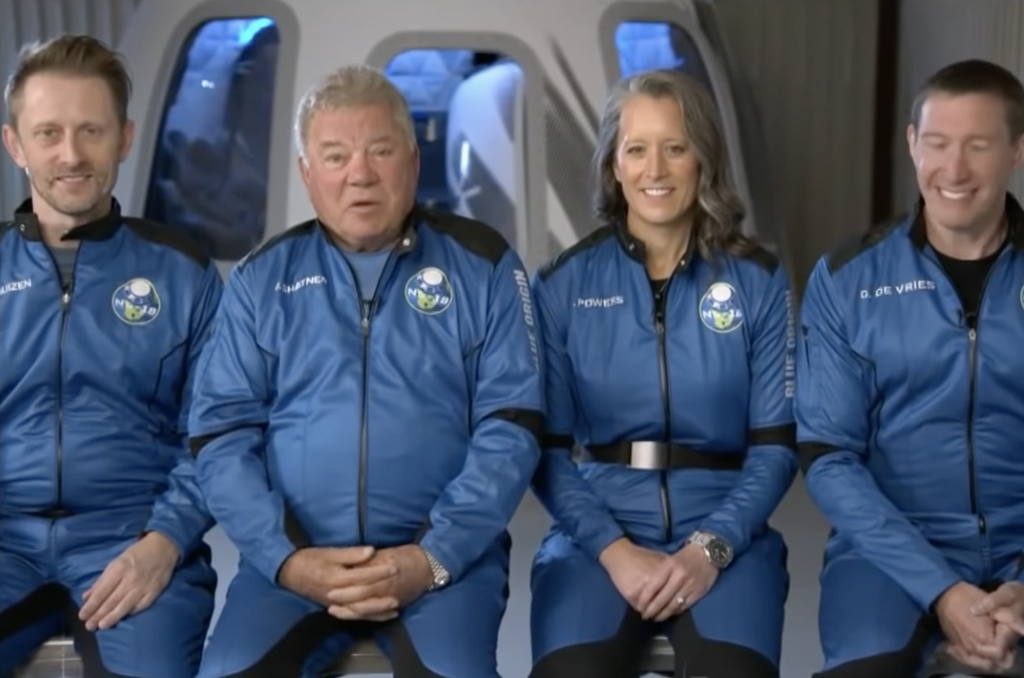 At 90 years of age, Mr Shatner will become the oldest person ever to leave Earth, beating 82-year-old astronaut Wally Funk, who took part in Blue Origin’s maiden voyage 12 weeks ago in the company of Mr Bezos, his brother Mark and 18-year-old Dutch student Oliver Daemen.

“We’re just at the beginning, but how miraculous that beginning is. And how extraordinary it is to be part of that beginning,” the nonagenarian said in a pre-launch video posted to Twitter.

“It looks like there’s a great deal of curiosity about this fictional character, Captain Kirk, going into space. So let’s go along with it and enjoy the ride.”

The flight was initially scheduled for take-off on Tuesday but had to be postponed due to high winds.

It is now set to go ahead at 9.45am local time (3.45pm GMT), with a livestream of the mission beginning 90 minutes before the launch, which you can follow via The Independent’s dedicated liveblog.

The trip should last just 10 minutes, with the fully-automated capsule reaching a maximum altitude of about 66 miles before parachuting back down to the desert.

Virgin Galactic’s Sir Richard Branson kicked off the current vogue for billionaire space tourism on 11 July, riding his own rocketship to space.

Mr Bezos followed nine days later aboard his own capsule, disputing whether the British tycoon’s earlier flight had actually ascended high enough to honestly claim it had left our atmosphere.

And last week, Russia sent actor Yulia Peresild, 37, and film director Klim Shipenko, 38, from the Baikonur cosmodrome in Kazakhstan to the International Space Station aboard a Soyuz MS-19 spaceship in order to shoot scenes for a new movie, beating a Tom Cruise-led Hollywood project to the punch.