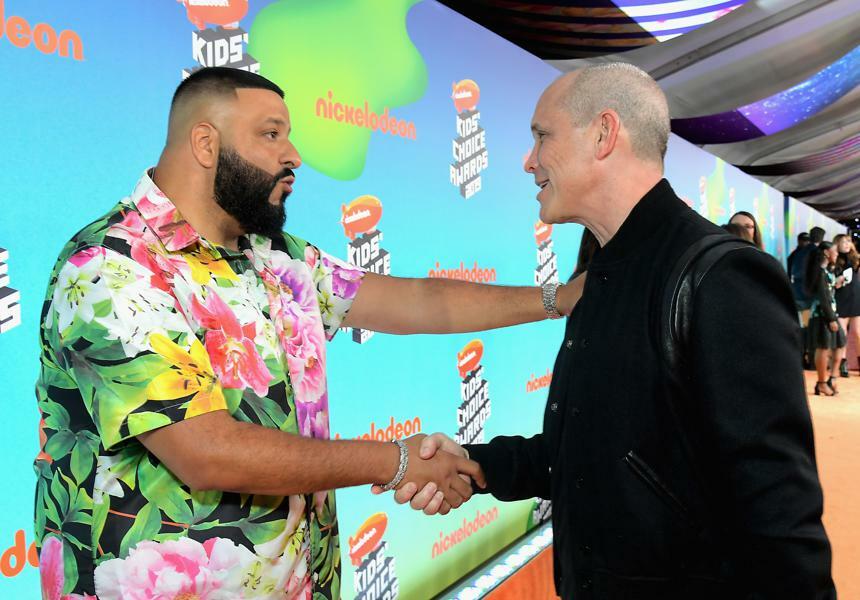 Nickelodeon president Brian Robbins has taken over as head of Paramount Pictures in a management shake-up that elevates the executive behind two of the Paramount+ streaming service’s hits — Paw Patrol: The Movie and a reboot of the popular comedy series, iCarly.

The selection of Robbins to succeed Jim Gianopulos, the well-regarded studio chief who stabilized the money-losing studio and reversed its fortunes with box office successes like 2018’s A Quiet Place and acclaimed movies like the Oscar-winning Rocketman, underscores the premium ViacomCBS now places on the success of its streaming service.

“It’s everything,” said one insider, who spoke on condition of anonymity about the Robbins appointment, which ViacomCBS announced Monday afternoon. “It’s all we talk about.”

As part of the reorganization at the film studio, television veteran David Nevins will assume oversight of the film studio’s Paramount Television Studios unit, a change that would give him responsibility for scripted shows for Paramount+, Showtime and BET.

ViacomCBS is aligning resources to spur the growth of its paid streaming service, which lags rivals Netflix, Disney+ and HBO Max. NBCUniveral’s Peacock has 54 million “sign-ups,” a number that includes free and paid subscribers, making it difficult to compare with the other streaming services.

“Paramount is one of ViacomCBS’s crown jewels, delivering some of the most iconic moments in entertainment for more than a century,” ViacomCBS CEO Bob Bakish said in a statement. “The movies we’re making today will build on Paramount’s strong momentum, ensuring it continues to engage audiences at scale — while embracing viewers’ evolving tastes.”

Robbins has demonstrated a hot hand at finding content that will click with streaming audiences. His reboot of Nickelodeon’s popular 2007 teen sitcom iCarly, with Miranda Cosgrove reprising the title role, was singled out on a recent earnings call with attracting “tremendous viewership,” and credited as a “leading acquisition driver” for Paramount+. Another project he championed, Paw Patrol: The Movie, a spin-off of the popular Nickelodeon preschool series that features a crew of search and rescue dogs, ranked as one of the streaming service’s most-watched originals when it debuted last month.

“We saw continued strength from a range of kid-favorite Nickelodeon franchises, including SpongeBob, Rugrats, Paw Patrol and more,” Bakish said during the second-quarter earnings call in August, where he touted the addition of 6.5 million subscribers across its paid streaming services, led by Paramount+.

The Paw Patrol movie, which was released simultaneously in theaters and on Paramount+, offers an example of Robbins’ deftness at managing franchises. In addition to boosting the streaming service it brought in $82.7 million in global box office, which, in turn, fueled an estimated $150 million in merchandise sales and extended the life of a multibillion-dollar creative franchise.

Robbins has been a rising star since joining the media company in 2017 with the endorsement of ViacomCBS’ chairwoman, Shari Redstone. Gianopulos, a veteran studio executive steeped in the careful Hollywood traditions of building theatrical releases around a strong script, a great director and a big star, has come under increasing pressure to make films for Paramount+.

Feeding that service is a strength for Robbins, who established his digital bona-fides years before he arrived at ViacomCBS as cofounder of Awesomeness, a YouTube-funded channel for young teens that grew into a diversified media business producing series for YouTube, Netflix and digital distributors. It’s known for low-cost hits like Netflix’s teen rom-com To All the Boys I’ve Loved Before. Awesomeness was acquired by DreamWorks Animation in 2013, and subsequently was snapped up five years later by Viacom on the cheap.

Robbins, a former child actor, director and producer, has led Nickelodeon since 2018, where he bet on social media phenoms like Ryan Kaji (with his 30.5 million YouTube followers) to anchor Nickelodeon shows—a successful tactic to attract young viewers who’d fled the network for YouTube. Before that, he led Paramount Players, a division of the film studio created to develop movies for younger audiences, working with Nickelodeon, MTV, Comedy Central and BET. One of his projects, The SpongeBob Movie: Sponge On The Run, premiered on Paramount+, helping spark interest in the streaming service.

Nickelodeon’s programming has attracted subscribers to Paramount+ and kept them watching, accounting for a double-digit share of the service’s total streams.

“He anticipated these changes in the industry and launched a company that took advantage of them,” one ViacomCBS executive said of Robbins. “He’s creating content and leaning into Paramount+ in a way that’s paying immediate dividends.”

On the other hand, Gianopulos is likely a casualty of ViacomCBS' shifting corporate strategy. He received early praise from Bakish for returning the studio to profitability, after posting an operating loss of $445 million in the year before he arrived. Gianopulos did that by being an “arms dealer,” selling shows like Tom Clancey’s Jack Ryan to Amazon Prime and 13 Reasons Why to Netflix. The pandemic-era decision to sell Coming 2 America and Without Remorse to Amazon generated revenue for the studio—but not subscribers for Paramount+.

One source told Forbes that Gianopulos has been resisting pressure to release more films on Paramount+. Its most recent hit, A Quiet Place Part II, played in theaters exclusively for 45 days before it was available to the streaming service.

Gianopulos will serve in an advisory role at Paramount through the end of the year.