What’s the solution to the Israel-Poland crisis on restitution? - opinion 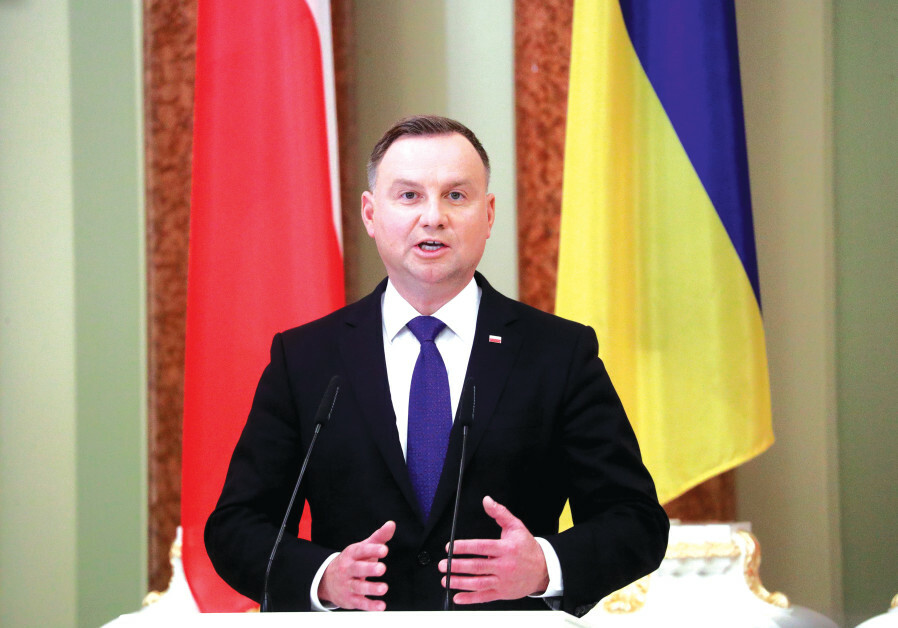 The crisis between Israel and Poland caused by the anti-restitution law enacted by the Polish government was not resolved. While in light of the 2020 Just Act Report the US Congress should hold hearings on Polish Holocaust restitution, a win-win deal for Israel and Poland may solve the crisis.

The crisis is justified because Poland has to date restituted at most 2% or 3% of the value of the property and vehemently refuses to restitute more. In the words of Polish Prime Minister Mateusz Morawiecki, as long as he serves as prime minister Poland will not pay for the claims “not a single zloty, not a single euro or even a single dollar.”

For the first time, a senior minister in the Israeli government, the foreign minister, is taking a stand in favor of restitution of Jewish property from the Holocaust era to the point of freezing diplomatic relations between the two countries. Holocaust survivors deserve a measure of justice at the end of their lives and the Polish government must internalize that the Holocaust has no expiration date, as Foreign Minister Yair Lapid was quoted, and restitution efforts will continue until they are resolved.

According to Polish journalist Konstanty Gebert in a recent Zoom conference, as the Polish government is approaching an election, it has no reason to withdraw from the new problematic law. In addition, antisemitic elements among its supporters are in favor of the law and they express on social media that “Too bad Hitler did not finish the job.” According to Gebert, the Polish government is not worried of the EU’s response because now it has stopped being an ardent supporter of Israel and has aligned itself with the other EU members that criticize Israel. The government is also not afraid of the US response since the government’s supporters dislike the Americans anyway. The government also expects Republicans to be strengthened in the US midterm elections and hopes they will return to power. In general, according to Gebert, the Polish government expects US President Joe Biden to be preoccupied with many other issues.

Even if the Polish government responds to the demand to repeal or soften the law, it will not promote the restitution of property. Even then, the procrastination will continue as it has been until today and the government will be able to re-enact the same law at a time convenient to it.

Therefore, Israel must offer a “package deal” to resolve the crisis and keep the initiative in its hands, even if the chances for such a deal are small. It is also important to remember that not all Polish people hate Jews and there are many Righteous Among the Nations among them relative to other countries.

To formulate the deal, negotiations of “give and take” should be conducted so that the outcome will be a win-win situation for both parties. Israel should offer three key elements: a special law for the restitution of Jewish property, assistance to needy Holocaust survivors and the establishment of a new fund for Poland-Israel cooperation. Both parties will be eligible to propose additional elements.

A special law for the restitution of Jewish property is an elegant detour to the new anti-restitution law, which will save the political embarrassment from the Polish government in its repeal or amendment. In enacting the special law, the Polish government can use the principles of the Terezin Declaration that Poland agreed upon at the time and use the model of the Austrian Foundation for the Restitution of Jewish Property, in which a large sum of money was deposited in advance and the claimants were paid proportional compensation according to the size of the claimed property approved for them.

Assistance to needy Holocaust survivors will be made from part of the heirless property. The Cooperation Fund will be established from part of the heirless property. It is possible that the Israeli government will also make a symbolic contribution to it, and it is also possible to offer the German and US governments to contribute. The fund will be based on the structure of the Poland-Germany Cooperation Fund, to which Germany has contributed, which has been operating successfully for 30 years. The foundation’s management has six members, three from each country and it distributes grants in the two countries in five areas: society (including economy and environment), communication and public opinion, science, education and culture. New areas for distribution may be considered as in the past the fund distributed grants in additional areas.

The “package deal” will allow the two countries “to go down the ladder” of the conflict and the Cooperation Fund will make it possible to strengthen relations between the two countries and its people in the long run.

Israel must ask committees in the US Congress to hold hearings during the “package deal” negotiations and follow up on its implementation. The first to be heard should be Poland’s ambassador to Washington. Congress is free to hold hearings following the Just Act Report submitted at its request last year by the US State Department, which presents the status of Holocaust restitution in 43 countries that signed the Terezin Declaration, including Poland.

Poland’s economy can bear the cost of Holocaust restitution. Former US State Department special envoy for Holocaust Issues Frank Kennedy told me during the discussions on the Terezin Declaration that he had offered Poland to pay for Jewish property by issuing long-term government bonds. Such an offer is relevant even today when Poland mostly complies with European rules on the debt-to-GDP ratio and this ratio is even better than that of Israel.

The Israeli government should be aware of opposition among its Sephardi community for restituting property to Ashkenazi members only, since Jews from Arab countries will enjoy compensation for their property left behind only in parallel with the settlement regarding Palestinian property. In addition, the government must conduct a thorough reform in its conduct and structure of restitution of Jewish property. Although a special report by the State Comptroller on the government’s conduct on the issue has been prepared a year ago, the State Comptroller Matanyahu Englman, refuses to publish even the public and not discreet part of it. The Ministerial Committee that existed in the past should be re-established to coordinate and focus the inter-ministerial efforts and give them the validity of government resolutions. The committee consisted of the Foreign, Justice, Social Equality, Diaspora, Culture and Finance ministries.

Let’s hope that this crisis will not end as the previous crisis led by prime minister Benjamin Netanyahu. Israel then agreed to the Polish narrative of the Holocaust without receiving anything in return on restitution of Jewish property. The Israeli foreign minister claims today that it was this very agreement that led to the enactment of the new law. Prof. Yehuda Bauer, a Holocaust historian and winner of the Israel Prize, called that agreement in a “betrayal.” In any case, the fact that this agreement was not presented to the government, or the Knesset requires clarification.