What is a pandemic? Does the coronavirus qualify?

The coronavirus outbreak that originated in China is serious enough to qualify as a global health emergency. But is it a pandemic?

Excellent question. Let's review some epidemiology basics to find out.

Think back to the town where you grew up, and the infections that made the rounds. An "endemic" level of disease _ or a community's baseline prevalence of it _ isn't always zero. Consider chicken pox in the United States, or malaria in some African countries. Endemic disease certainly isn't preferable, but it's expected.

A sudden increase in the number of people with a particular disease in a limited area can signal the onset of an outbreak. So can the emergence of an unusual type of disease, such as a strain of the flu that's never been seen before.

If an outbreak expands to a broader population, it becomes an epidemic. That's the case with the novel coronavirus spreading in China and beyond.

The decision by the World Health Organization to declare a "public health emergency of international concern" wasn't an arbitrary one. The WHO considers three factors when weighing that designation:

1. Is the outbreak unusual or unexpected? With a never-before-seen virus like 2019-nCoV, the answer is yes.

2. Does the outbreak have implications for health beyond a national border? With dozens of exported cases on four continents, the answer is another yes.

3. Does the outbreak require immediate international action? Since airport screenings and aid money are needed to contain the virus' spread, the answer is once again yes.

But epidemics can be severe without ever rising to the level of a pandemic, so long as they predominantly affect one region _ in this case, China.

The Centers for Disease Control and Prevention defines a pandemic as one that has spread to several countries or continents, usually affecting a large number of people. The severity of illnesses is not a consideration, nor is the number of deaths.

There are currently 35 confirmed coronavirus cases in Japan, 28 in Singapore and 25 in Thailand, for example. Compared with China, which is dealing with more than 28,000 cases, most experts agree: It's not a pandemic _ yet.

But as scientists learn more about the virus, the prospect of a pandemic looks increasingly likely.

"Diseases are not terribly good at respecting borders," said Alex Azar, secretary of the Department of Health and Human Services.

The new coronavirus appears to be spreading readily between humans. That makes it more similar to influenza _ a classic pandemic agent _ than to other coronaviruses.

At least 10 2019-nCoV patients in Germany became sick despite having no travel history to China; the same is true for five patients in Korea, three in Japan, and two in the United States. If the coronavirus is soon contained in those countries, "we would just call those individual outbreaks that occurred and were controlled," said Dr. Tom Inglesby, director of the Center for Health Security at the Johns Hopkins Bloomberg School of Public Health.

But if the number of cases in Europe and the United States drastically escalate with no clear ties back to China, "that is enough to call it a pandemic," he said.

Beyond the case count, a pandemic contrasts with an epidemic because it has global consequences. Right now, the hit to China's workforce is steep, but few other countries face a real health or economic crisis. Aside from airport screenings and frequent hand-washing, it's mostly business as usual.

The coronavirus that causes Middle Eastern respiratory syndrome, or MERS, never got past this stage. Since it began circulating in humans in 2012, MERS has infected only about 2,500 people, mostly in and around the Arabian Peninsula.

On the other hand, the coronavirus responsible for severe acute respiratory syndrome, or SARS, earned pandemic status because it affected 26 countries, with ongoing chains of transmission not just in China, the epicenter, but also in Canada, Hong Kong, Taiwan, Singapore, and Vietnam.

The new coronavirus could wind up following the path of the H1N1 swine flu, which caused a pandemic in 2009. That outbreak subsided in 2010, but the virus continues to circulate as one of the primary strains of the seasonal flu.

Sam Scheiner, a mathematical modeling expert for infectious diseases at the National Science Foundation, said that if 2019-nCoV joins the list of seasonal respiratory viruses, it could ultimately lead to tens of thousands of deaths in the United States each year. 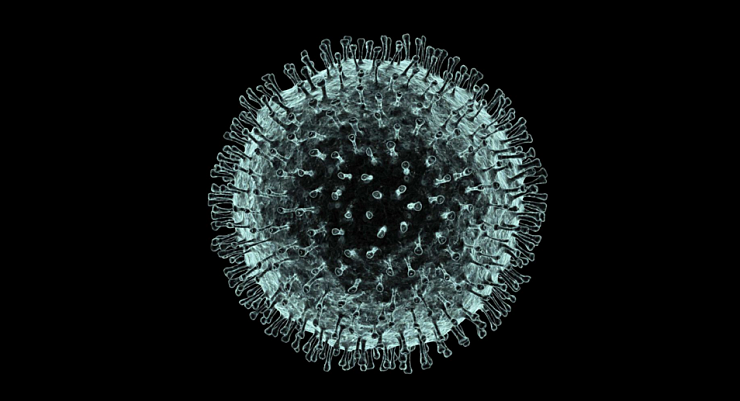 Unravelling the coronavirus: what does it do and how does it spread?
There is a lot of misinformation circulating about the novel coronavirus — Crikey asks the key questions.

A roadmap for the worst-case scenario.

Foreign Affairs
What happens if the coronavirus outbreak becomes a pandemic?
LOS ANGELES _ Roughly 50 million people are under quarantine in China. Thousands of travelers are being screened at airports…

Los Angeles Times
What is coronavirus and how worried should we be?

What are the symptoms caused by the virus from Wuhan in China, how does it spread, and should you call…

The Guardian - UK
What is coronavirus and how worried should we be?

What are the symptoms caused by the virus from Wuhan in China, how does it spread, and should you call…

The Guardian - UK
One subscription that gives you access to news from hundreds of sites
Is the coronavirus a pandemic, and does that matter? 4 questions answered

Editor’s note: The new coronavirus has now affected more than 20,000 people in China and claimed more lives as of…