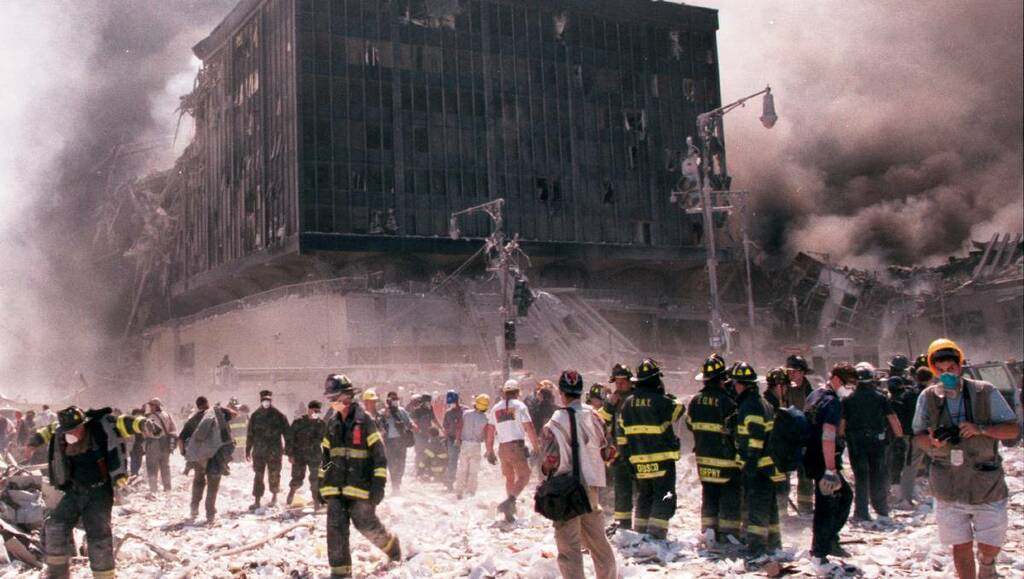 It's been two decades since the deadly terrorist attacks in the US on September 11, 2001.

Now that so much time has passed, there is a whole generation that doesn't have that "I remember" moment.

They either weren't alive or were too young to be glued to a television screen as the shocking footage was aired to the world.

Two of the planes crashed into the World Trade Centre towers in New York City. At 8.45am the first hijacked plane crashed into the north tower, leaving a gaping, burning hole near the 80th floor of the 110-storey skyscraper. Hundreds of people died instantly and many more were trapped in the building. About 18 minutes later a second plane smashed into the south tower near the 60th floor, causing an enormous explosion. Both towers erupted in flames and eventually collapsed, injuring almost 10,000 people.

The third plane ploughed into the west side of the Pentagon military headquarters, just outside of Washington, DC, about 9.45am. A section of the giant concrete building collapsed as a result of the attack.

How many people died?

Almost 3000 people were killed during the attack.

Who was behind the attack?

The Islamist extremist network al-Qaeda was behind the attacks. The group was led by Osama bin Laden, but Khalid Sheikh Mohammed was the operational planner.

Of the 19 militants, some had been living in the US and taking flying lessons at American commercial flight schools, others made their way into the country in the months ahead of September 11.

How did the US respond?

President George W Bush declared military action, marking the beginning of the War on Terror. The goal was to topple the Taliban in Afghanistan and destroy bin Laden's terrorist network. Almost a decade after 9/11, US forces tracked bin Laden down at a hideout in Abbottabad, Pakistan, and he was killed.

A large-scale withdrawal of US troops was announced in June 2011 by then-President Barack Obama after bin Laden's death. But the process was slow, with the withdrawal of all troops from Afghanistan not taking place until August of this year, finally marking the end of the US' longest war.

Airport security around the world changed significantly after 9/11. Baggage screening and more rigorous checks were brought in as a result of the US introducing the Transportation Security Administration in response to the terror attack. Limitations were also placed on liquids, aerosols, gels, creams, and pastes.

Security was also increased at government buildings, offices, businesses, and schools. Doors that automatically locked and required security passes or keys to enter became the norm and many prominent buildings installed defensive architecture like bollards to prevent a vehicle from crashing through the entrance.

This story What happened in the US on 9/11 first appeared on The Canberra Times.