What Book Bans Take From Kids

This year, the American Library Association’s annual Banned Books Week arrived in the midst of a renewed push to limit the literature children can access. Schools and libraries around the country have dealt with attempts to ban and remove hundreds of titles, many of which grapple with issues of sex, race, and gender, in the name of protecting young people from supposedly sensitive subject matter. And while notoriety has the potential to boost a book’s public profile, in most cases, suppressed titles disappear without much fanfare, leaving authors with fewer sales.

The current panic around what kids read seems to forget that writing for kids has long contained disturbing themes. Before its Disney adaptation, Pinocchio was a political novel filled with references to poverty, incompetent authority, the pressure to conform, and death (including, in its first version, the hanging of the puppet himself). And Zora Neale Hurston may not have been writing specifically for children, but the writer Ibram X. Kendi found that her stories—specifically, “Magnolia Flower,” which he adapted into a picture book—can still teach kids about the power and value in their existence, even in the face of persistent anti-Blackness and injustice.

Many kids are ready for—and enjoy—heavy literature. Sometimes, they know what’s coming and choose to turn the page anyway. Lemony Snicket’s A Series of Unfortunate Events books are meant to be depressing: The pseudonymous author-narrator warns the reader of this fact, a postmodern technique that practically dares the book’s audience to keep following the Baudelaire orphans’ tale of woe. The author N. D. Wilson, who wrote the children’s series The Ashtown Burials, The Outlaws of Time, and 100 Cupboards (one of my personal favorites as a kid), believes that scary books give children the tools to deal with fear off the page. Books provide their readers with the opportunity to go beyond the world they know. Banning books shuts that gateway to the good and the bad, the funny and the terrifying, and the knowledge that difficult paths may lead to happy endings.

​Every Friday in the Books Briefing, we thread together Atlantic stories on books that share similar ideas. Know other book lovers who might like this guide? Forward them this email.

The banned books you haven’t heard about

“The repercussions of these proliferating banning efforts are being felt by authors whose names we may never hear, but who are feeling the impact in a profoundly personal way.”

📚 Gender Queer, by Maia Kobabe
📚 The Bluest Eye, by Toni Morrison
📚 The Complete Maus: A Survivor’s Tale, by Art Spiegelman
📚 The Magic Fish, by Trung Le Nguyen
📚 Cats vs. Robots: This Is War, by Margaret Stohl and Lewis Peterson
📚 Speak, by Laurie Halse Anderson

The politics of Pinocchio

“At one point, Pinocchio gets thrown behind bars for getting robbed—‘This poor devil has been robbed of four gold coins. Therefore seize him and put him straight in jail’—and needs to convince the guards that he is not an innocent victim (‘but I’m a crook too’) in order to be set free.”

📚 The Adventures of Pinocchio, by Carlo Collodi

Zora Neale Hurston is for everyone

“All the more reason for that profound Hurston message for children facing our political times: Though they treat me like I am nothing, I am something. Though poverty is dehumanizing, I am not subhuman. Though they want me to be their mule, I am not an animal. Though the world can be miserable, I am joy. Though they are hateful, I am love. Though tragedy stalks my identity like a shadow, I am not a running tragedy.”

“Of all the series’s postmodern gimmicks, the most endearing was perhaps how Unfortunate Events, in true metafictional fashion, championed the act of reading books as an inalienable good. For all the morally black and gray villains the Baudelaires and readers are forced to endure, the books regularly equated literacy with virtue.”

📚 A Series of Unfortunate Events, by Lemony Snicket
📚 The Monster at the End of This Book, by Jon Stone
📚 Black and White, by David Macaulay

Why I write scary stories for children

“Every kid in every classroom, every kid in a bunk bed frantically reading by flashlight, every latchkey kid and every helicoptered kid, every single mortal child is growing into a life story in a world full of dangers and beauties. Every one will have struggles and ultimately, every one will face death and loss … The stories on which their imaginations feed should empower a courage and bravery stronger than whatever they are facing. And if what they are facing is truly and horribly awful (as is the case for too many kids), then fearless sacrificial friends walking their own fantastical (or realistic) dark roads to victory can be a very real inspiration and help.”

About us: This week’s newsletter is written by Elise Hannum. The book she’s rereading right now is The Hunger Games, by Suzanne Collins.

Would you like to share feedback on this or any of The Atlantic’s other newsletters? Please fill out this survey. 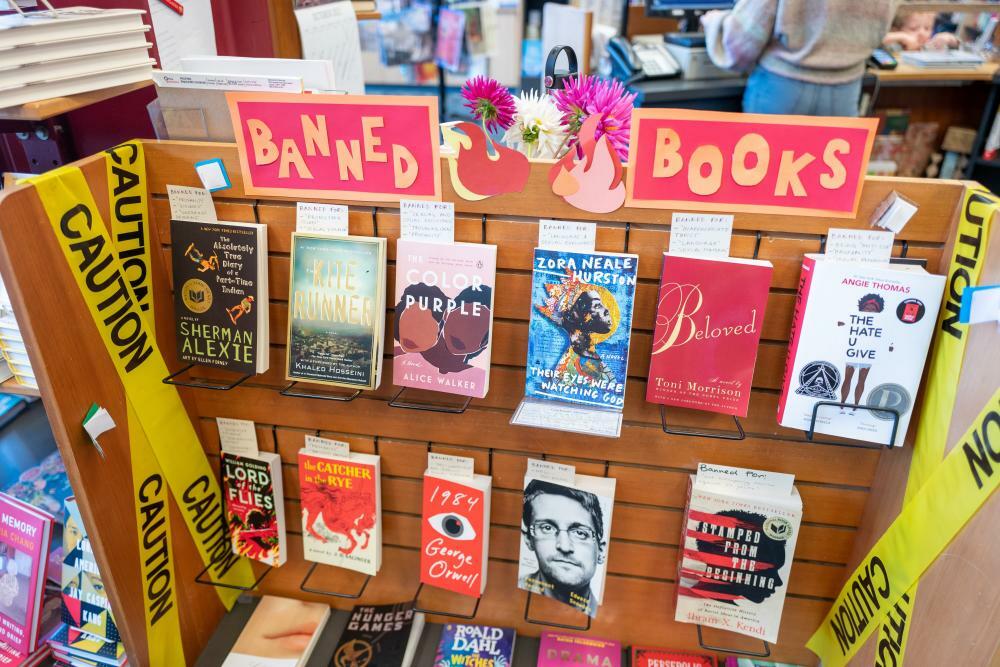 How to beat a book ban: students, parents and librarians fight back
As rightwing campaigns for censorship sweep the US, opponents are finding ways to keep books on the shelves

The Guardian - US
From analysis to the latest developments in health, read the most diverse news in one place.
Geek Wars

Adam Serwer discusses the absurdity of the recent backlash to nonwhite casting in The Rings of Power, House of the…

Government policy faces opposition, with many saying that selection does not improve social mobility

It's hard not to be invested in a celeb's outrageously high kid count. But what if our jokes are missing…

Salon
One place to find news on any topic, from hundreds of sites.
Profiting from poison: how the US lead industry knowingly created a water crisis