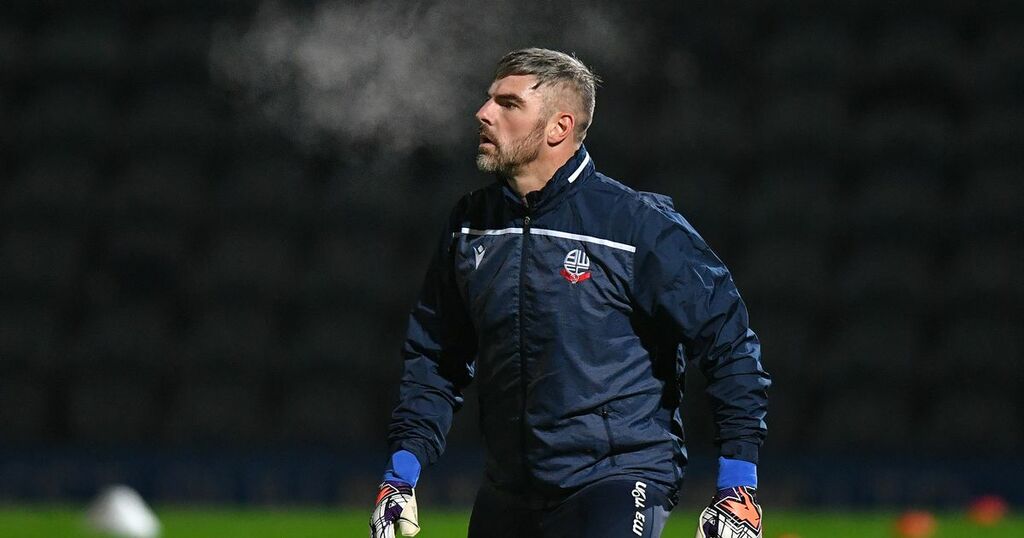 Ian Evatt has explained the goalkeeping department switcharound that has taken place at Bolton Wanderers as the League One side are in the market for another stopper.

Matt Gilks has moved back to be the club's goalkeeping coach, with Andy Fairman returning to his role with the Academy.

Exciting teenage prospect Luke Hutchinson has ended his loan spell with Atherton Collieries and will act as competition for Wanderers number one goalkeeper Joel Dixon.

Evatt has explained why the change has taken place and the stance Wanderers have on bringing in another goalkeeper during the January transfer window.

Wanderers handed a trial to former Drogheda United stopper David Odumosu last week, but have not opted to take it any further.

And Evatt has confirmed the club are on the lookout for goalkeeping reinforcements in the January window as he explained at length the situation in that area of the squad.

He said: "We are looking at strengthening the goalkeeping department. That’s another area that we’re looking for competition and there’s conversations taking place to targets that we think will make us better so watch this space.

"We have a few options and we’re looking closely at those and trying to progress things. We’re hoping there’s going to be at least three bodies coming in, possibly more, probably more, and a GK is quite possibly one of those.

“Matt initially came in as the goalkeeper coach and because of what happened - and we don’t need to go into that - had to play and did very, very well.

"Obviously Matt’s not getting any younger and his appetite and attitude is for coaching now and that’s the route we feel is best served for him. He’s a huge asset in that department and he will help all of our goalkeepers.

"We have some very good young ones, like Luke, and Joel still has improvement to come as well, and we’re always looking to improve and have competition and we feel probably like another goalkeeper will help us in terms of that competition for places.

“Matt initially came in as goalkeeper coach and because of what happened, he had to play.

“He did very well for us. But he isn’t getting any younger and his appetite is for coaching now, so that’s the route we feel best serves him.

“He is a huge asset for the club in that department and will help all of our goalkeepers. We have some very good young ones like Luke Hutchinson, and Joel has improvement in him as well.

“We always want competition and we feel like another goalkeeper would help us in terms of competition for places."