What Are Online Events? Have You Actually Attended One? 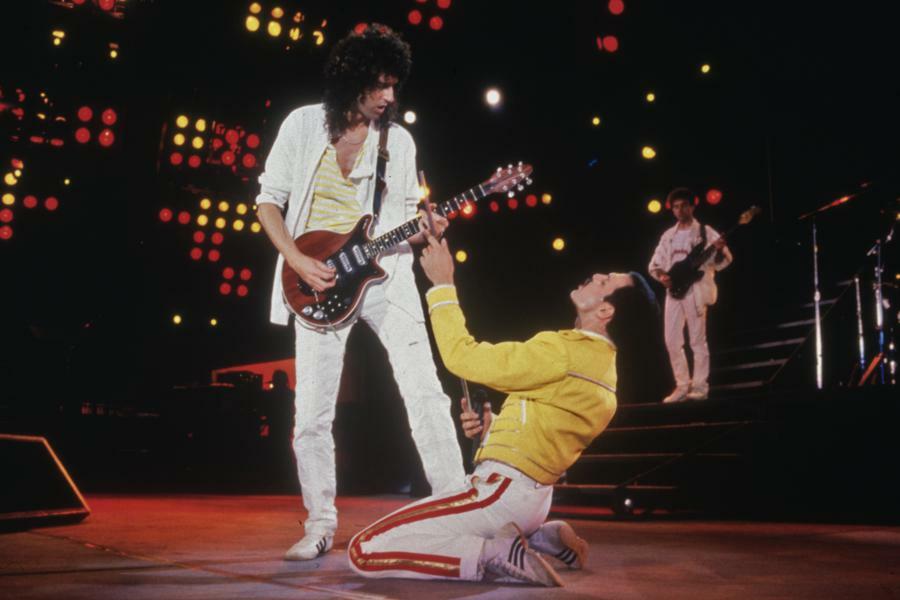 There have been all manner of virtual and video options for people to experience the world, going back decades. Obviously, over the past two years, they've become more prevalent and taken on new online forms. We're now very accustomed to the idea of attending virtual events. Millions of people use Zoom every day.

But was the online event that you attended actually an event?

Let's say you were lucky enough to attend Queen's seminal rock concert at Wembley Stadium in 1986. Freddie Mercury was bouncing around on stage. You were there with thousands of fellow concert-goers.

Few people would argue that you were at an event. Indeed, in this case, to even raise the question seems absurd.

That concert was recorded and the video was released as Queen: Live at Wembley Stadium. Imagine you couldn’t attend the concert in person, but you later sit at home by yourself and watch that recording.

In that case, were you at an event? It's fair to say that this doesn't seem like the image that most people have in their minds.

But what if you are watching that video recording at the same time that 50,000 other people are tuning in, perhaps broadcast as a television special? Again, it's hard to feel like this qualifies as an event. To further knock it down on the event qualification scale, we know that this concert happened years ago, so not only is it not being broadcast live, it’s being shown on a very long delay.

Now, think about that same concert that was recorded and turned into a movie. However, instead of playing it on a television channel, it's streamed through a modern online meeting or conference platform. You’re watching it on your laptop, as are hundreds or thousands of other people at the same time. It's still all recorded except there's a host who does a live introduction at the beginning and occasionally adds some commentary.

Is this an event? Again, it still seems pretty much like a lot of individuals who happen to be watching a movie at the same time rather than it being an event.

Going further, picture the same Queen video played on an online meeting platform with perhaps thousands of people tuning in and someone doing a few live announcements. Notably, there is now the ability for those watching to type something into a chat box for others to see.

Is this an event? It's starting to feel closer to one, but it's still mostly a bunch of people watching a movie by themselves at home.

What makes this an event? What if we picture the same scenario, but with a few minutes of live question and answer by two of the surviving band members. In this case, the video is chopped into logical 45-minute segments and then these two band members come on live at the end for 5 minutes to answer questions from the audience. The audience can submit questions through a special form.

Did adding the live question and answer portion suddenly make this an event? It feels like it's more like one, but still far from what we assume an event to be.

Is Your Organization Really Offering An Online Event?

Now, you might rightly think that you're in charge of your company's all-hands meeting or you organize a big industry gathering and what you do isn't akin to rebroadcasting a Queen concert.

After all, your content may not revolve around a famous rock band. The chances are that your content about product releases, quarterly updates or industry news is a lot less exciting. And you're probably dealing with content that consists of people mostly standing in front of a webcam and talking while showing slides. Recording that and broadcasting it to an audience of individuals sitting by themselves who passively watch it like a TV show just doesn't feel like an online event. It isn’t even a very compelling show.

Even if we insist on calling it an online event (or a virtual conference), it doesn't seem to fool attendees into thinking they’re actually at an event. If anything, what it does is make them skeptical about the whole field of online events and, thus, less likely to attend anything with that label. A lot of supposed online events are just crying wolf.

What Is An Online Event?

The question remains: Is what you’re doing actually an online event?

In many, many cases, what we're calling online events are hardly any different from watching a show by oneself while other people who have the same interest in that show happen to be watching it too. That looks just like television and we don't usually think of TV shows as events. Just because we play a broadcast through a meeting platform doesn't make it an event. Instead, for something to really qualify as an online event:

In the end, a lot of online events and conferences are promising the experience of Queen at Wembley, yet they are only delivering a recording to basically watch on your own.

If you really are going to deliver an online event and an experience that's participatory, interactive and engaging, then use that label. But if your purported event is just content that's meant to be consumed passively by individuals, maybe it should instead bite the dust.