Whale sharks: how we discovered what's killing so many of the world's largest fish

Over 80% of international trade is carried by sea. Much of what we use and consume everyday either has been or will be transported on huge vessels which plough the global ocean.

The courses these container vessels take are fixed shipping routes known as marine highways, which are not unlike motorways on land. These highways, which vessels travel back and forth, connect distant ports, often on opposite sides of vast oceans.

Marine highways can also cut across the movements and migratory routes of marine animals. Giant plankton-feeding whales and sharks are particularly vulnerable to being struck and killed by large vessels as they spend long periods near the surface. Our new study found that this threat may be a greater cause of death for the world’s largest fish, the whale shark, than anyone previously realised.

Whale sharks can reach lengths of up to 20 metres. Despite their robust appearance, their numbers have declined by over 50% in the last 75 years. In 2016, they were added to the growing list of endangered shark species.

Unlike most other species of shark that roam the open ocean, intentional or accidental catches by industrial fishing fleets are not thought to be a leading cause of whale shark decline. This is because major whale shark fisheries have been closed down, and the species has been protected by international trade bans since 2003. Instead, several factors point to shipping being a leading, yet hidden cause of death.

Whale sharks spend a lot of their time cruising just below the ocean surface, often feeding on microscopic animals called zooplankton, which can put them in the direct path of a ship. If a large one collides with a whale shark, the shark probably stands little chance of survival. There is often no trace of these events because, if a fatal collision occurs, the body sinks, as whale sharks evolved from smaller, bottom-dwelling sharks and have retained their negative buoyancy.

This makes detecting and recording collisions difficult. Before now, the only evidence available was a sparse set of eyewitness accounts, news reports and encounters with sharks harbouring injuries from collisions with smaller vessels.

We set out to uncover the hidden deaths of whale sharks by bringing together an international team of over 60 scientists from 18 countries. Our Global Shark Movement Project satellite tracked almost 350 whale sharks by fitting them with electronic tags, mapping their positions across all major oceans in unprecedented detail. This revealed the most densely occupied regions, which were often in coastal areas where the species is known to congregate.

We compared these movements with a mandatory ship tracking system, which was initially developed to prevent ships colliding with each other. This helped us track global fleets of cargo, tanker, passenger, and fishing vessels – the types of large ships (heavier than 300 gross tons) capable of striking and killing a whale shark. We found that a staggering 92% of the horizontal space occupied by whale sharks and nearly 50% of their depth layers overlapped with the activities of these fleets.

We then developed state-of-the-art models to identify the collision risk within these overlapping areas and found that the Gulf of Mexico, Arabian Gulf and Red Sea posed the highest risk to whale sharks. These regions are home to some of the world’s busiest ports and sea passages, and because our estimated levels of risk correlated with known fatal collisions here, they appear to be some of the most dangerous places in the world for whale sharks to inhabit.

Within high-risk areas, whale sharks regularly crossed vessel paths and passed close to ships that were travelling about ten times faster than they were swimming. This gave the sharks very little time to respond to an oncoming ship, and these close-range encounters may be happening more often than we have the capacity to monitor, potentially ending in fatal strikes.

We may even have recorded whale sharks dying due to collisions. Some of the tags record depth as well as location and showed sharks moving into shipping lanes but then sinking slowly to the seafloor hundreds of metres below – the smoking gun for a lethal ship strike.

The substantial threat to whale sharks uncovered by our study makes a strong case for urgent protection measures. At present, there are no international regulations to protect whale sharks from ship collisions. In light of our study, this species faces an uncertain future if action is not taken soon.

As a first step to address this crisis, the International Maritime Organization (IMO) could develop a global reporting scheme that consolidates records of ship-wildlife collisions for whale sharks and other threatened species. Such a network would help regional authorities implement protection measures by providing evidence of where collisions are happening.

Initiatives to lower the risk of ship strikes could emulate measures to protect whales from collisions, such as IMO regulations that require ships to slow down or navigate more carefully. Our study can help by identifying high-risk areas where these measures could be trialled.

Rapid action may be the only way to prevent whale shark numbers from sinking further towards extinction.

Freya Womersley receives funding from the Natural Environment Research Council (NERC) through a University of Southampton INSPIRE DTP PhD Studentship. She is affiliated with the Marine Biological Association (MBA) in Plymouth, UK and the Global Shark Movement Project, which is based at the MBA.

David Sims receives funding from the Natural Environment Research Council (NERC), the European Research Council (ERC), and the Gordon and Betty Moore Foundation. He is affiliated with the Marine Biological Association (MBA) in Plymouth, UK, and the Global Shark Movement Project, which is based at the MBA. 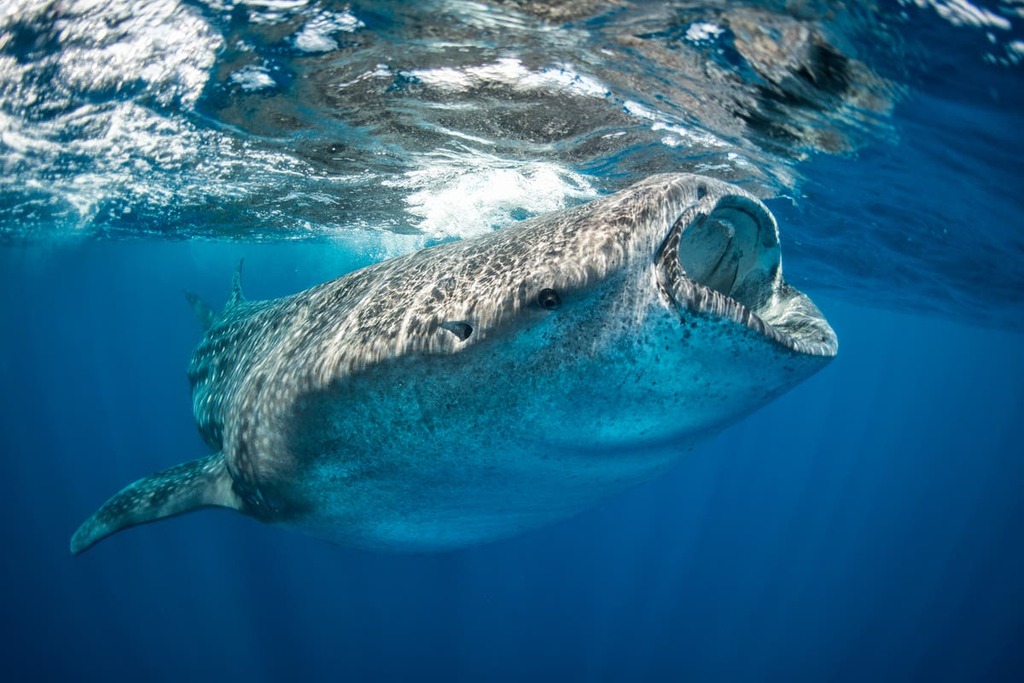 Endangered whale sharks face significant threat from shipping – study
Whale shark numbers have been falling in recent years across many locations, but it has not been clear why

Livemint
What does an octopus eat? For a creature with a brain in each arm, whatever's within reach

Curious Kids is a series for children of all ages. If you have a question you’d like an expert to…