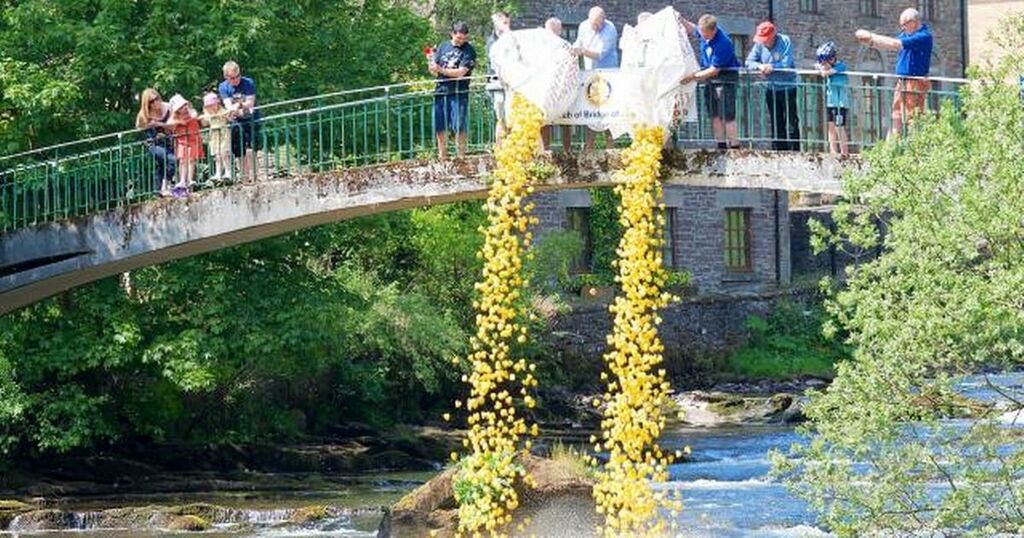 West Lothian’s annual Duck Race returned this year and the organisers say it was a “tremendous success.”

A local charity organise the event in Broxburn but it had to take a break last year due to the Covid-19 pandemic.

The charity River Kids, who support marginalised children in West Lothian, also renamed the challenge as “Theresa McGuire Duck Race” in honour of a former volunteer, who sadly passed away last year.

Locals came out in numbers to enjoy the festivities at Holmes Park, Broxburn, on August 28.

Charity manager at River Kids, Jack Christine, said: “The Theresa McGuire Duck Race & Fun Day was a tremendous success and the numbers who attended far exceeded our expectations. It was great to see so many people from the local community out enjoying the sunshine especially after everything that has happened during the past 18 months.

“Thank you to everyone who attended especially, our guests of honour, the McGuire family. It was a great day out and a fitting tribute to a highly valued member of the River Kids team.”

Theresa was first introduced to River Kids in 2015 when her benefits were stopped at Christmas, and she was unable to buy presents for her two daughters.

The West Lothian Toy Appeal run by River Kids stepped in and were able to ensure her children had the “joy of a toy” on Christmas morning.

To show her gratitude Theresa began volunteering with River Kids, thereafter, joining as a full-time employee in 2016, leaving River Kids in 2019.

In June 2020, Theresa suddenly passed away and River Kids felt it was only proper to honour its former employee.

After discussions with Theresa’s family, River Kids felt it was a fitting tribute to rename the charitable event Theresa loved.

Theresa was a highly-valued member of the River Kids team, she was instrumental in the organisation of the West Lothian Toy Appeal and the annual Duck Race.