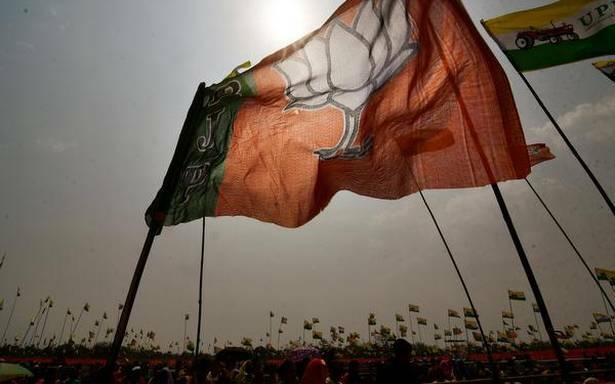 In a significant political development, the West Bengal unit of the Bharatiya Janata Party (BJP) on Thursday evening dissolved all its cells and departments.

The decision concerning cells and departments that were constituted only a few weeks ago comes after a section of the party’s leadership, including leaders from the Matua community, had expressed its displeasure that members of the community had not been adequately represented. Bongaon Lok Sabha MP and Matua leader Santanu Thakur had met MLAs from the Matua community, who demanded that some of the party’s committees be reconstituted to provide them adequate representation.

BJP leaders like Sayantan Basu and Jay Prakash Majumdar had also been left out of the newly formed committees and removed from key organisational posts.

The BJP appointed Dr. Majumdar as president of the State unit in 2021, after the party’s humiliating loss to the Trinamool Congress (TMC) in the Assembly polls. Since that defeat, a number of the BJP’s elected MLAs have defected to the TMC, and dissenting voices have often been heard in the party’s West Bengal unit.