Berlin (AFP) - A goal from former Chelsea striker Timo Werner was not enough as Leipzig drew 2-2 at home with Cologne on Saturday.

Leipzig played the majority of the game with 10 men, after Hungary midfielder Dominik Szoboszlai received a straight red card for an elbow to the throat of Florian Kainz just before half time.

Werner put Leipzig 1-0 up in the 36th minute, when goalkeeper Marvin Schwaebe let his long-distance strike dip under his body and trickle across the line.

Cologne equalised just four minutes later however, when striker Florian Dietz dinked in from close range to chalk up his first ever Bundesliga goal.

French forward Christopher Nkunku gave the home side the lead in the 56th minute, but Cologne were able to equalise with 20 minutes to go through a clumsy own goal from Leipzig's Josko Gvardiol.

After the game, Werner said he was "very emotional" to return with "Leipzig always a part of me", however the side was disappointed with the result.

"2-2 is acceptable, but for our aims (this season) its far from satisfactory."

Leipzig manager Domenico Tedesco praised his side's resilience despite Cologne's numerical advantage, saying "I feel many teams would have lost that game today."

Augsburg won 2-1 at Bayern Leverkusen thanks to a late goal from Andre Hahn in the 82nd minute.

Leverkusen, looking to rebound from a disappointing first round loss to Borussia Dortmund, went behind early when Augsburg midfielder Fredrik Jensen scored his side's first Bundesliga goal of the season.

The home side hit back in the shadows of halftime, with Chilean midfielder Charles Aranguiz expertly threading a low strike past several defenders and into the bottom corner of the net.

Hahn's 82nd-minute strike however saw Augsburg steal the lead and his side's first win of the year.

Werder Bremen were able to snatch a late point at home against Stuttgart through a 95th minute goal from Scottish winger Oliver Burke.

Bremen's Niclas Fuellkrug and Marvin Ducksch again combined to put the home side up early, with Fuellkrug getting on the board in the fourth minute.

Stuttgart equalised in the 38th minute through Wataru Endo, before Sasa Kalajdzic slid a perfect pass into the path of Silas Katompa Mvumpa in the 77th minute to put his side 2-1 up, before Burke secured a point for Bremen late.

In the German capital, under pressure Hertha Berlin roared out of the blocks at home against Eintracht Frankfurt, with Suat Serdar heading in a cross from Dodi Lukebakio.

Frankfurt, who have opened up their season with heavy losses to Bayern Munich and against Real Madrid in the midweek Super Cup, hit back just after half-time when Daichi Kamada took advantage of a Hertha defensive mistake to bring the score to 1-1.

Frankfurt had a late penalty overturned on VAR and Hertha held on to pick up their first point of the season.

In Sinsheim, Hoffenheim came from 2-0 down to win 3-2 against an impressive Bochum.

The game started furiously, with Bochum's Simon Zoller scoring in the 10th and 13th minute, before Hoffenheim's Christoph Baumgartner got one back for the home side in the 14th minute.

Former Liverpool defender Ozan Kabak equalised in the 23rd minute, looping a header into the top left corner of the net for his first Hoffenheim goal.

Hoffenheim had a chance to hit the lead in the 58th minute when they were awarded the first penalty of the Bundesliga season, but Bochum keeper Manuel Riemann saved well from Andrej Kramaric to keep the score 2-2.

The homeside took the lead in the 88th minute through a header to Munas Dabbur and held on for their first win of the season.

In Saturday's late game, Marius Buetler claimed promoted Schalke a point against Borussia Moenchengladbach with a 90th minute equaliser in a 2-2 draw.

On Friday, Dortmund scored three goals in the last 15 minutes away at Freiburg to win 3-1. 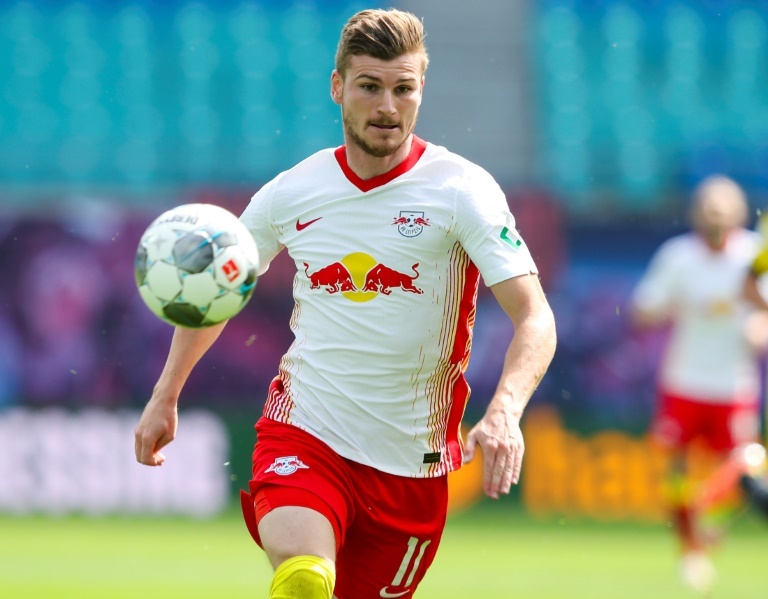 'Emotional' Werner scores for Leipzig on Bundesliga return
Berlin (AFP) - Former Chelsea striker Timo Werner found the back of the net on an emotional return to Leipzig but it was not enough to secure their first win of the season as Cologne snatched a 2-2 draw on Saturday.

AFP
From analysis to the latest developments in health, read the most diverse news in one place.
Barcelona and Robert Lewandowski denied by Rayo Vallecano

Sergio Busquets was sent off as Barca were forced to settle for a goalless draw.

When new Wolfsburg coach Niko Kovac makes his return to the Allianz Arena to take on Bayern this Sunday, he is unlikely to receive the warm welcome former double winners would usually be afforded. Kovac coached Bayern to a Bundesliga and German Cup double in 2018-19, but was forced out…

Asharq Al-Awsat
Schalke get knocked down, but get up again to show they are no joke

After several years of turmoil, Schalke look determined to preserve their Bundesliga status this season

Berlin (AFP) - When new Wolfsburg coach Niko Kovac makes his return to the Allianz Arena to take on Bayern this Sunday, he is unlikely to receive the warm welcome former double winners would usually be afforded.

The former Celtic loanee was introduced from the bench in the 84th minute as his new side chased an equaliser in front of a packed home crowd and he was the hero with a 95th minute strike.