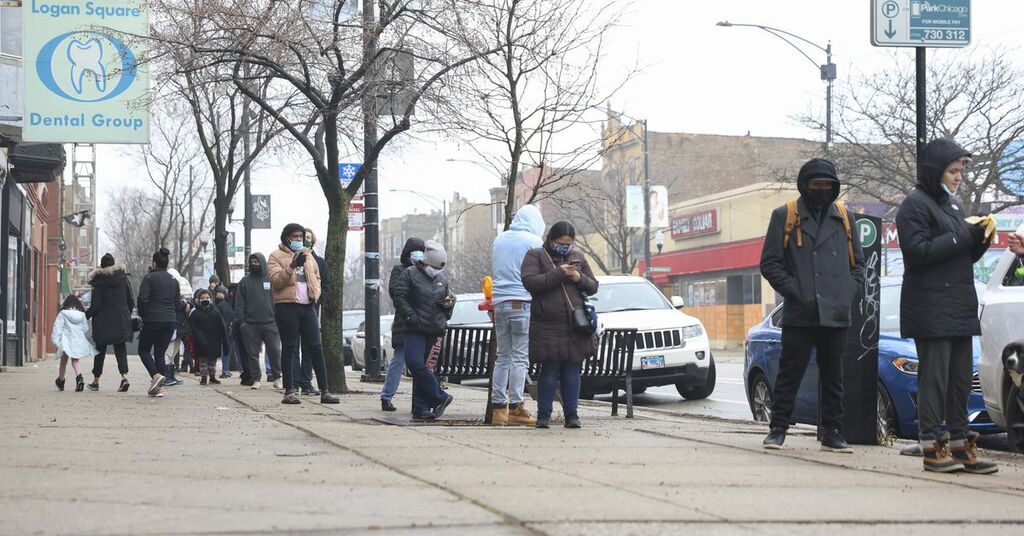 Nearly half a million COVID-19 tests were reported across Illinois last Saturday, the state’s highest single-day tally ever — but that doesn’t mean all those people lined up that day to have their nostrils swabbed.

A state public health official said Monday the 488,873 COVID-19 tests reported as administered on Saturday were actually from nearly a week’s worth of tests.

“One of the labs using the RedCap reporting mechanism submitted 6 days of data at once,” an Illinois Department of Public Health spokesperson said. “We are working with that laboratory to have them use the Electronic Lab Reporting system to avoid this in the future.”

If not for the apparent reporting glitch, the Saturday number would have exceeded the state’s daily testing record of 285,849, set on New Year’s Day, by more than 200,000 tests.

Beyond the test reporting anomaly, the COVID-19 metrics the state released on Monday suggested the latest astronomical surge of the Omicron variant is far from over.

Hospitalizations across the state remain high, with 7,114 COVID-19 patients in hospital beds as of Sunday night. That’s down only slightly from the all-time record of 7,170 set the night before.

Weary health care workers worry that the crunch is stretching hospital resources to the breaking point.

“In previous surges, even when other cities were stretched beyond capacity, we weren’t completely overwhelmed. This time is different,” Dr. Sajal Tanna, an infectious disease specialist at Northwestern Memorial Hospital, told the Sun-Times last week.

“Everybody is stretched incredibly thin. I honestly don’t know if there is much more room to stretch.”

Especially hard hit is southern Illinois, where just two of its 80 intensive care unit beds were available Sunday night. Home to more than 400,000 people, the region includes Alexander and Pope counties, which report the state’s lowest vaccination rates at 20% and 30.8% of their populations fully vaccinated, respectively.

Across Illinois, nearly 90% of the state’s ICU beds were filled Sunday night.

Public health officials have said the overwhelming majority of the COVID-19 patients jamming hospitals have not rolled up their sleeves for the shot.

Overall, another 19,237 coronavirus cases were reported Monday, dipping from the state’s all-time high of 44,089 set last Thursday. Still, the daily caseloads are averaging more than double those in early December.

An additional 34 deaths were also reported. That’s down from the 104 reported Thursday and 101 on Friday. But public health officials are bracing for a surge in deaths in coming weeks.