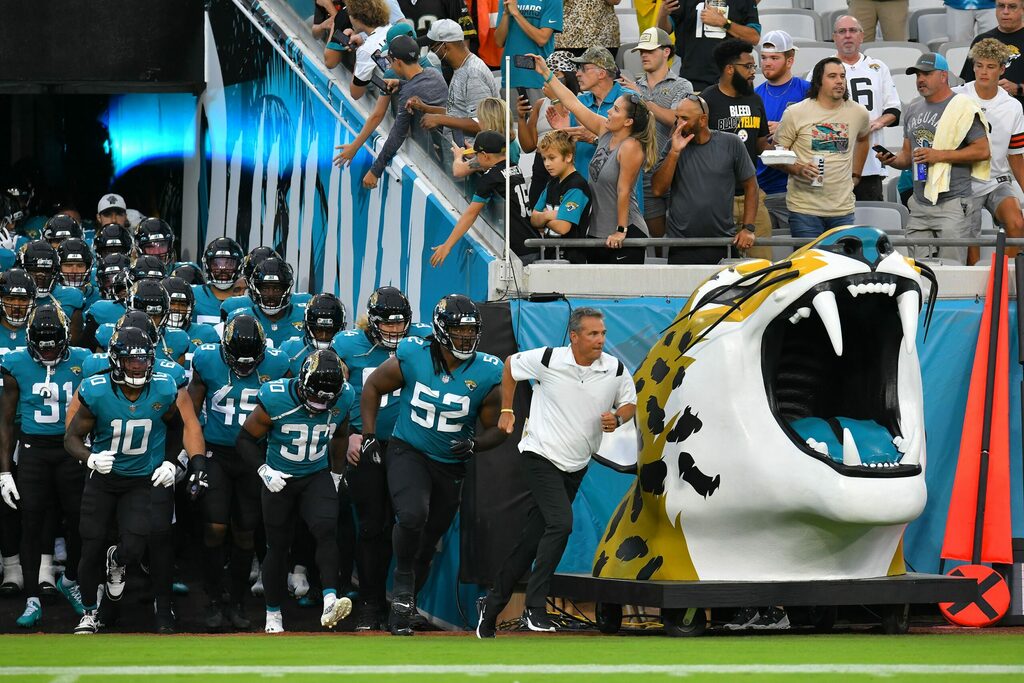 The Jacksonville Jaguars remain in unfamiliar territory as they are still the favorites to win Sunday’s game against the Houston Texans at NRG Stadium.  This time by 3.5-points, per Tipico Sportsbook, which marks an increase of one point since our last update a few days ago.

The Jaguars finished 1-15 last season and were the underdogs in just about every game. The Jaguars are also a -180 favorite on the money line meaning that a $180 wager on the Jags will net a $100 winning if Jacksonville is victorious. The Texans are a -120 favorite to cover as a +3.5 underdog. This generally means that there is some faith that the Texans could keep the game close within three points.

One of the most notable revelations that may have influenced the line is the fact that Houston Texans All-Pro quarterback Deshaun Watson won’t start against the Jags. As many are aware, he is involved with a dispute with the team and also a lengthy legal situation that has brought his playing status for the season into uncertainty.

Watson has a 6-1 overall record against Jacksonville in his career and is undefeated in all of his starts against them. Veteran signal-caller Tyrod Taylor will get the start in Watson’s place and last faced the Jaguars as a member of the Buffalo Bills in the 2017 AFC Wild Card game. The Bills would lose that game by the score of 10-3.

As for the over/under, it’s now set at 46.5. That marks a rise of two points since our last update (44.5). When looking at the Jags’ and Texans’ last meeting, it was a 27-25 loss for Jacksonville and reached a total (52) that would qualify for the over based on the current figure.