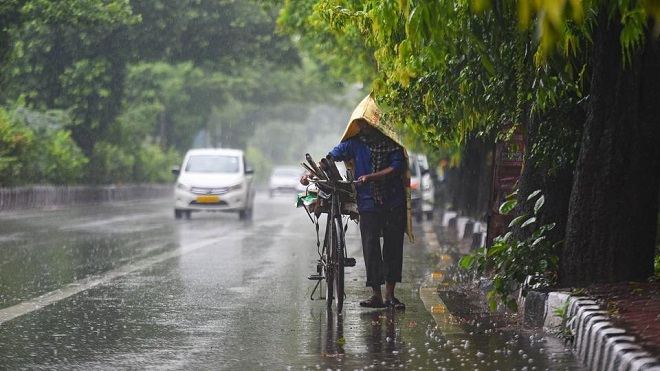 New Delhi: Another spell of rain is set to commence over Delhi starting with light precipitation towards the afternoon on Thursday, the India Meteorological Department said.

Light to moderate rainfall is expected in Delhi-NCR over the next three days, when the monsoon trough will shift slightly towards the north, an IMD official said.

The capital has already recorded 243.5 mm rainfall this month so far, surpassing the September average of 129.8 mm precipitation by a big margin.Usually, it gauges only 58.3 mm rainfall on the first nine days of the month. Delhi recorded 117.7 mm rainfall in 24 hours ending at 8:30 am on September 2, the highest on a day in the month in 19 years. (PTI)