We review the number one rated restaurant in Cardiff on TripAdvisor 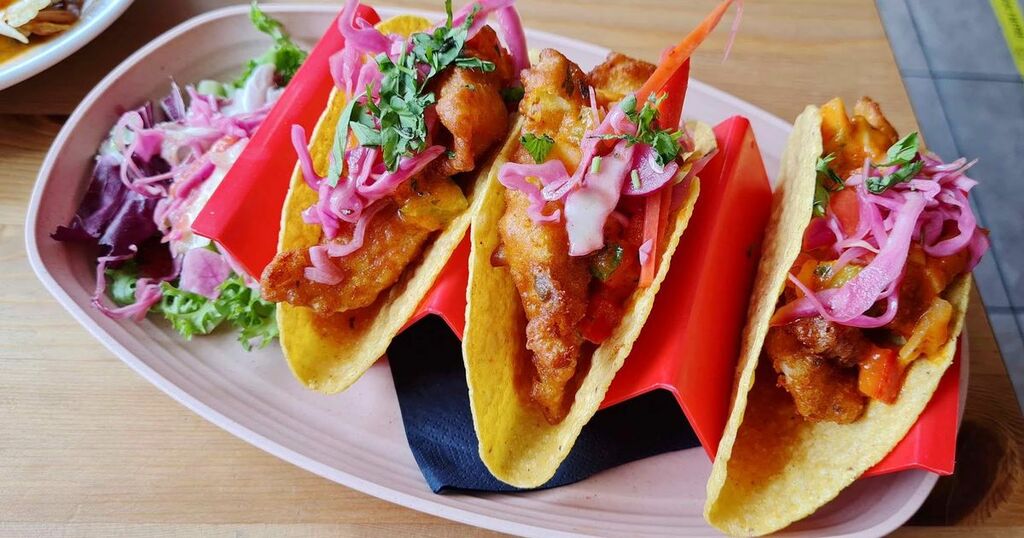 If you guessed Indo-Mexican, then you’d be correct and I guess it makes more sense on paper than the other fusion cuisines, which may or may not exist.

Replacing Mexican pork pibil or beef birria with Indian chicken tikka or beef madras in a taco or burrito is essentially just substituting one type of spice-packed protein for another, isn’t it?

Read more: First review of small plates and wine bar Sibling that has opened in a former Cardiff brothel

But, I must admit, I was less certain what to think of Indo-Mexican cooking. So, I of course had to go along to find out for myself.

Located on Cardiff’s bustling Whitchurch Road, Vivo Amigo’s culinary fusion hits you from the moment you walk through the door with a colourful mural combining Bollywood and Mexican Day of the Dead influences.

It carries through into the drinks menu too as we enjoyed ice cold bottles of Kingfisher (£4.20) and Sol (£3). They even do their own Indo-Mexican fusion cocktail, the Tamarind Twist, which combines ginger ale, tequila, tamarind and lime.

As well as fusion dishes such as smoked pulled beef madras burritos, paneer bhurji empanadas and kerala beef pepper fry quesadillas, Vivo Amigo’s menu features a small selection of curries for those who don’t want to fuse their cuisines. However, you’d be missing out on some deliciously fun flavour combinations.

Crunchy nachos (£6.25) were loaded with a fresh salsa, tangy sour cream, thick guacamole and melted cheese. The kicker was a pile of creamy spice-layered paneer butter masala which was loaded with pieces of lightly chewy cheese.

We had a really fun meal at Vivo Amigo. Their fresh and spice-packed fusion food is certainly very different and I can see why it’s gained so many fans on TripAdvisor.