We’ll be taking no lectures from Tory vandals 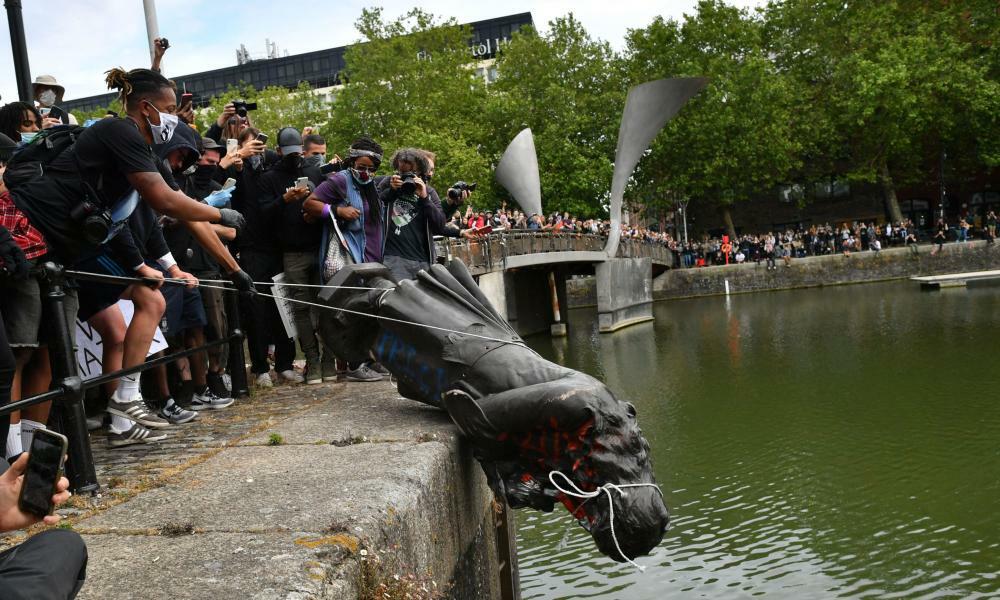 Wise words from Grant Shapps: people “can’t just go round and cause vandalism, destroy the public realm, and then essentially not be prosecuted” (Minister vows to close ‘loophole’ after court clears Colston statue topplers, 6 January). But could our courts handle the flood of corrupt Tories? John AirsLiverpool

• Interesting that dogs respond selectively to human speech (Report, 6 January); the same may be true of humans. I used to turn on the Today programme at my 7am alarm, and would fall asleep again, to be woken with a start by John Humphrys at around 8.10am. Since Nick Robinson et al have taken over, I have slept right through and have had to resort to a further alarm.Margaret SquiresSt Andrews, Fife

• Royal Mail has a long history of delivering incompletely addressed letters (‘Lives across from the Spar’: bizarrely labelled letter finds way to UK address, 7 January). The only piece of fan mail I ever received – in 1967 – came addressed to Dave the Folk Singer, Westward Ho!. It was delivered in person by the local head postmaster (my father). David Cooper Nafferton, East Riding of Yorkshire

• As a postman in the 1970s, I once successfully delivered a card addressed “Nearly opposite the Church, Blue doors, Red Curtains”. Trevor Lindley Weymouth, Dorset

• So Norwegian conscripts have got to return their underwear as Covid hits supplies (Report, 7 January). I suppose they’ll just have to go commando.Chris Osborne West Bridgford, Nottinghamshire