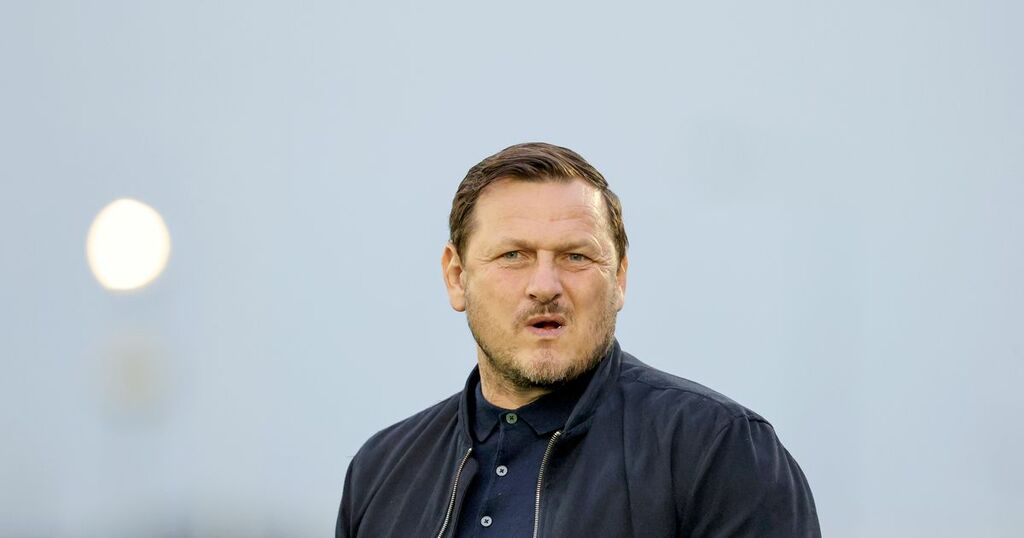 Marc Bircham has launched another withering attack on match officials, claiming some decisions would ‘make him want to give up football’.

The Waterford boss was livid at referee Rob Harvey over a number of incidents in Friday’s 2-0 defeat away to Shamrock Rovers.

Danny Mandroiu was the Hoops hero with two goals on a night when he could have scored four or five himself.

But Bircham was in a flap about the awarding of the free-kick from which Mandroiu drilled home the 62nd minute opener.

Ex-Ireland international Eddie Nolan was deemed to have handled on the edge of the box when blocking an Aidomo Emakhu shot at close range.

When Mandroiu took the free-kick, Bircham and his players were fuming as they felt striker Rory Gaffney left goalkeeper Brian Murphy unsighted in an offside position.

It’s not the first time the QPR legend has turned on match officials but he is so frustrated that he doesn’t care about the repercussions of another attack.

Bircham said: “What are they going to do? Give decisions against me? It's been happening anyway. I can get it off my chest and feel better about myself.

“Don't get me wrong, Shamrock Rovers are a better team and they deserved to win, but it might have been questionable if we kept it to 0-0 for 80 minutes.

“We might have got something from a set piece. But I think all of the big decisions in the game, he got them wrong.

“I don't mind getting 50-50s wrong and the throw-ins wrong but get the big decisions right, that's all I'm asking. I'm not the only manager in the league that feels it.”

Drogheda boss Tim Clancy was slapped with an additional suspension for criticising referring standards while Finn Harps’ Ollie Horgan has also been in hot water.

“They are good guys,” said Bircham. “We can't all be wrong, but it's our jobs that are on the line.

“(Match officials) are alright, they go away, the assessor will probably write them a 'you should have done better there' and they get on with it next week.

“We've got to deal with it, it's not right. This league is better than that.”

“I've been sent off as a manager for choking someone out on the other team, in the other dugout, which I deserved to.

“I have never been done for dissent but I want to because at least I can get sent off and feel better about myself by telling them exactly what I think of them.

“But I'm biting my lip, I'm not doing it, I'm toeing the line and it's not working for me. I don't know what's acceptable any more.”