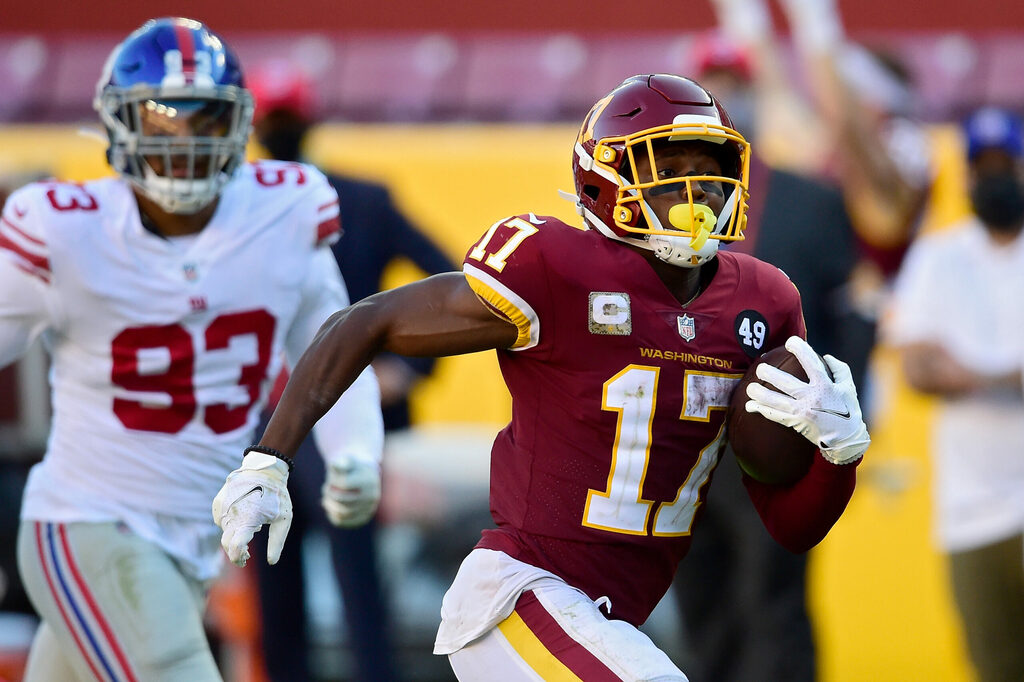 It was a quiet first half for Washington Football Team’s No. 1 wide receiver Terry McLaurin.

Not only did McLaurin not catch a pass, but he also wasn’t even targeted in the first half. Backup quarterback Taylor Heinicke, who entered the game late in the second quarter in place of the injured Ryan Fitzpatrick, made sure to get McLaurin involved on Washington’s first possession in the second half.

Finally, we saw Heinicke target McLaurin down the field, and the third-year receiver made the best catch you’ll see all day.

It was a 37-yard reception for McLaurin that Los Angeles coach Brandon Staley was set to challenge until he realized, yes, it was indeed a catch.