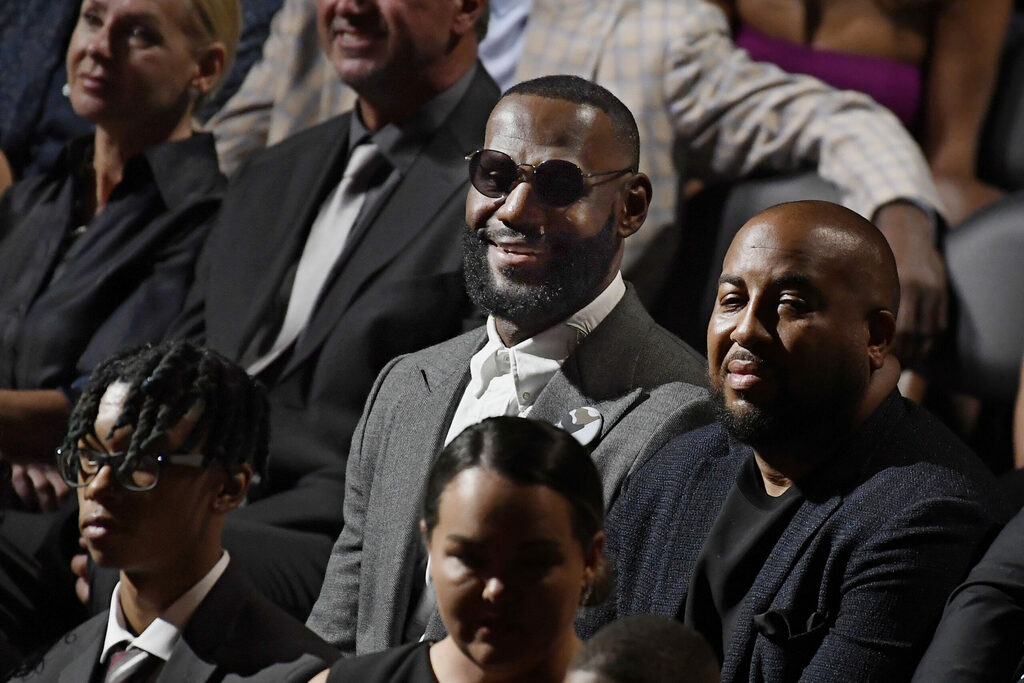 The Naismith Memorial Basketball Hall of Fame Class of 2021 is officially enshrined.

Among the new class of basketball players entering the Hall of Fame is Paul Pierce, Yolanda Griffith, Chris Webber, Chris Bosh and more.

Bosh is the biggest name pertaining to Los Angeles Lakers star LeBron James, as the two were teammates for several seasons when they played for the Miami Heat.

Bosh and James won back-to-back titles together in the 2012 and 2013 seasons, helping the relationship between the two grow. Both players were top four picks in the 2003 NBA draft.

Before Bosh’s enshrinement ceremony, he spoke about what it was like to play alongside James as both a teammate and rival.

During the ceremony, James attended to support Bosh, along with Dwyane Wade and Ray Allen:

Eventually, all four of these players will be able to say they’re in the Hall of Fame.