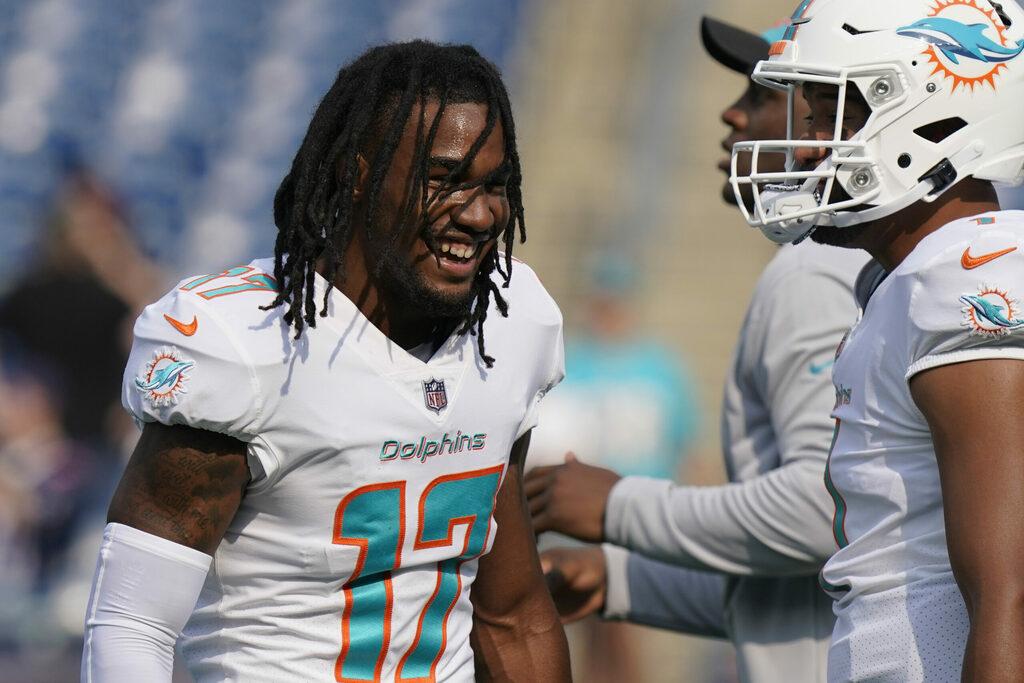 We've seen this connection before…

Tua tosses a TD to Waddle for the first time in the NFL! #FinsUp

When the Miami Dolphins spent the No. 6 overall pick in the 2021 NFL draft on Alabama wide receiver Jaylen Waddle, they were envisioning plenty of touchdown connections between him and his college quarterback, Tua Tagovailoa.

In Week 1, they got their first glimpse of that connection finding the end zone, as Tagovailoa found Waddle for a score that broke a third-quarter tie with the New England Patriots and proved to be the difference in a 17-16 victory.

That won’t be the last time these two Crimson Tide alums team up for a touchdown in the pros.