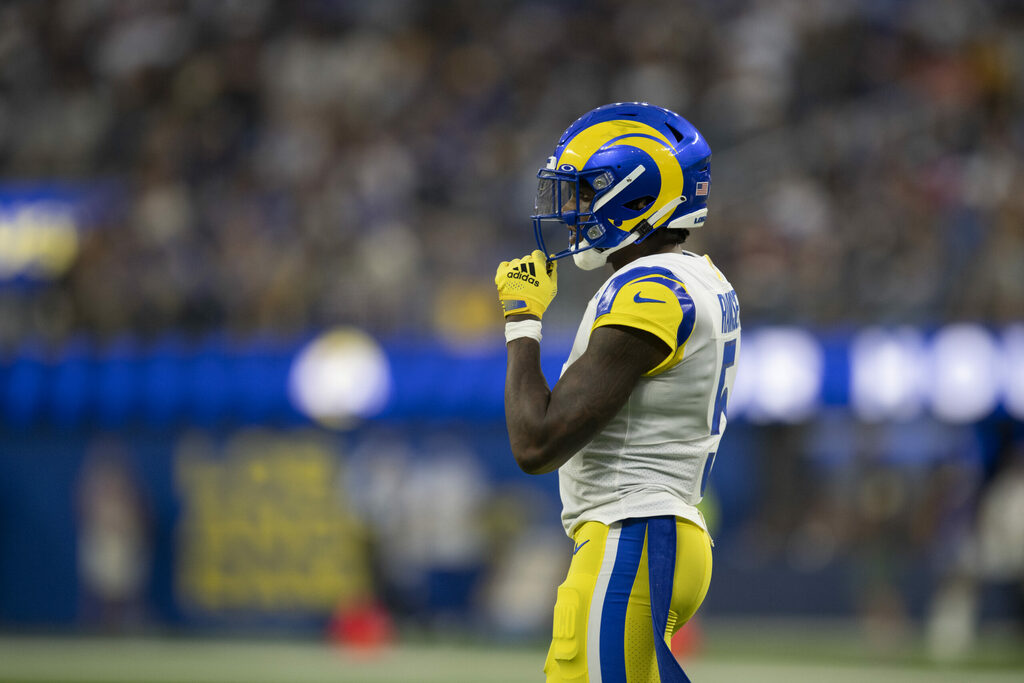 When discussing the Los Angeles Rams defense, the first name that comes up is Aaron Donald. Jalen Ramsey might be on the verge of changing that, however, if he keeps playing the way he did in Week 1 against the Chicago Bears.

Ramsey was absolutely dominant in the season opener, making nine tackles, one pass breakup and two stops behind the line of scrimmage. He played the majority of the game in the slot, blowing up screen passes and off-tackle runs in a way that few – if any – cornerbacks could.

Ramsey has become more than just a coverage player for the Rams, impacting the game in several ways. It’s what has made him so valuable in Los Angeles since being acquired for two first-round picks.

Brian Baldinger highlighted Ramsey’s stellar performance in his “Baldy’s Breakdowns” Twitter series, saying the cornerback was “playing possessed” against the Bears. Baldinger loved Ramsey’s physicality in the run game, as well as his instincts to break on a fourth-down pass to Allen Robinson, forcing the incompletion.

“This is the most fun I’ve had all day, watching Jalen Ramsey play,” Baldinger said. “He’s a one-man wrecking crew. I think he wants that defensive MVP away from that other guy on his team this year.”

.@RamsNFL @jalenramsey wears #5 now; but he doesn’t need a number. He is the player who is “possessed” He has been the best CB in the #NFL ; now I think he wants to be the best player in the NFL. We got real FOOTBALL in LA. #BaldysBreakdowns pic.twitter.com/tS4ODgirls