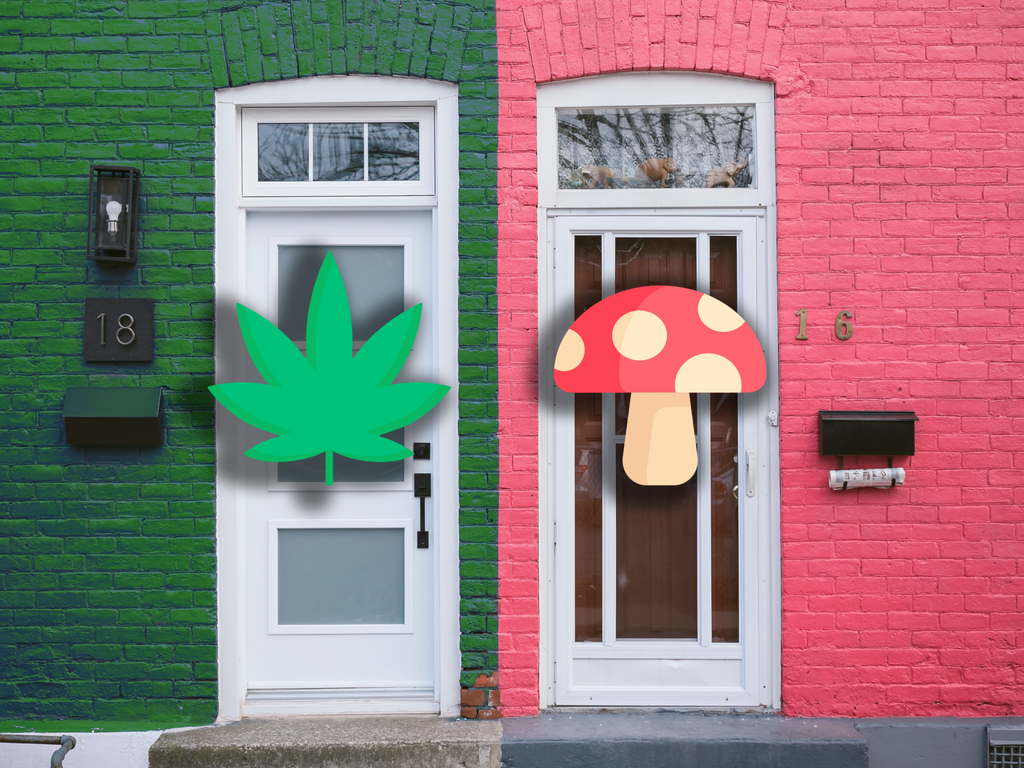 EXCLUSIVE: NASDAQ-Listed Enveric To Split Into Two Companies, One For Cannabinoids, One For Psychedelics
Enveric Biosciences (NASDAQ: ENVB), a biotech company working with cannabinoids and psychedelics, announced it will spin off its cannabinoid pipeline…

Benzinga
One subscription that gives you access to news from hundreds of sites
The Daily Biotech Pulse: Pfizer Acquires Migraine Drugmaker For $11B, Biogen Files For Second Alzheimer's Drug Approval, Longeveron CEO Leaves 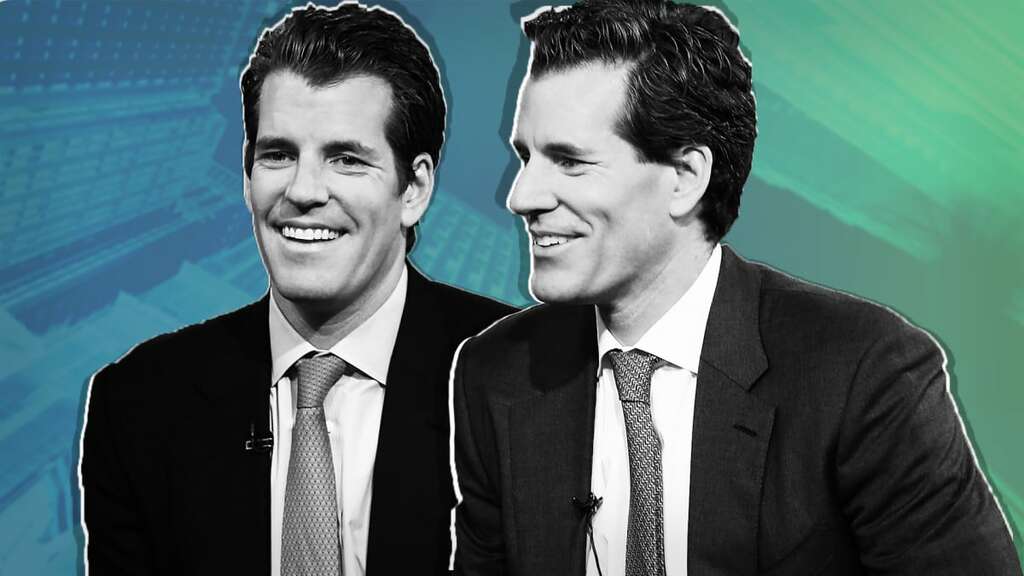 Bitcoin Evangelists Remain Enthusiastic Despite Crypto Rout
The cryptocurrency market has lost over $1.6 trillion since November, but that hasn't tempered the passion of the bitcoin evangelists.

The Street
Read news from The Economist, FT, Bloomberg and more, with one subscription
Learn More
Rising petrol prices to drag on confidence

AFP
From analysis to good news, read the world’s best news in one place
Aramco CEO Warns of Global Oil Crunch Due to Lack of Investment

New York (AFP) - Starbucks said Monday it will cease operations in Russia, shuttering its 130 cafes in the country…

These are delicate times for Athira Pharma, a Bothell, Washington-based biotech firm in clinical trials for treatment for Alzheimer's and Parkinson's dementia.

Last week, the firm was sued by an investor claiming Athira didn't disclose allegations of "research misconduct" by a co-founder when it raised $204 million in a 2020 initial public offering. It's the latest suit by unhappy investors whose shares tanked nearly 40% last June after news that co-founder and CEO Leen Kawas was put on leave.

It also comes barely a week before Athira's annual meeting, when shareholders must choose sides in a fight between management and an activist investor who thinks the firm bungled Kawas' departure and that its "unqualified" executives put at risk "the most important clinical trials in Athira's history."

"Athira is a poster child for poor corporate governance," says Ric Kayne, who owns along with affiliates around 4.8% of Athira's public shares — and is a business partner with Kawas. Kayne wants two seats on Athira's board.

The litigation and proxy battle highlight the turmoil in the biotech sector, whose market value has fallen around 45% since January 2021.

"Proxy fights to oust management are pretty unusual," notes Luke Timmerman, who covers the biotech sector at the Timmerman Report. "But when biotech stocks are down as they are so sharply this year, it's more likely."

But the fracas also reflects mounting frustration at the slow pace of Alzheimer's research.

Federal regulators have approved several medications that may delay or lessen symptoms of the disease, but a cure remains elusive.

Athira, which Kawas co-founded in 2011, hopes to change that. Its product, a molecule known as ATH-1017, is intended to shore up the brain's ability to repair neural damage. A Phase 2 trial of ATH-1017 began late last year.

Investors shared that enthusiasm: Athira's September 2020 IPO raised $204 million at a share price of $17, which had doubled by late 2020. But some investors now contend the company hid key information.

Athira's IPO filings failed to disclose to investors potentially damaging information — namely, years-old allegations that research papers by Kawas at Washington State University used altered images of experimental results, according to investors' lawsuits. Kawas was a postdoctoral researcher at the university when she wrote the papers.

Those allegations, which were raised as early as 2014 by PubPeer, a nonprofit online forum, centered on images of lab results that by some accounts appeared to have been copied between experiments.

Athira reportedly learned of the allegations in 2015, and conducted a review of the matter, but failed to tell investors prior to the public offering, according to last week's lawsuit, filed on behalf of investor Thomas Houlihan.

Athira withheld "information so material to investors that, when disclosed [in June 2021], the market price of Athira stock dropped 39% losing more than $260 million in market value in a single trading day," the suit contends. Kawas resigned from Athira in October 2021.

The allegations left investors reeling, in part because it wasn't clear how, or whether, Kawas' earlier work was connected to Athira's current research. "We don't really know how to process this development," wrote Barron's last June.

Company officials have said Athira's current research is based on a molecule that is different from what Kawas was focused on, according to media reports. But Xue Hua, former head of clinical trials at Athira who left in February over concerns about Kawas' termination, says Kawas' research was directly related to ATH-1017.

In a recent LinkedIn post, former Athira board member Richard Harding, who co-founded the company with Kawas and was her WSU adviser, said Kawas was wrong to alter images in her papers. But Harding insisted that the raw data from Kawas' experiments was sound and that he and other researchers were able to produce the same results when they conducted the same experiments. Harding reportedly left the board in 2020.

Kayne, the activist investor, meanwhile, is also unhappy with Athira's plummeting share price, which closed Wednesday at $8.42, though he blames Athira, not Kawas.

What tanked Athira shares was the company's "reckless" termination of Kawas for "a decade-old graduate school transgression" and her "hasty" replacement by executives unqualified to manage ATH-1017's development, Kayne has argued in news releases and letters to shareholders.

Kayne wants shareholders to put him on the company's board, along with a former pharmaceutical industry executive, and wants the company to replace the current head of clinical trials. "I am deeply fearful [about] the trials at hand ... under the new team," Kayne said in an interview Wednesday.

Athira has declined to comment on the lawsuits or the proxy contest. In its own shareholder letters and news releases, Athira says its board is fully qualified for the task at hand. It also says it has tried unsuccessfully "to engage constructively with Mr. Kayne to reach an amicable resolution" and has urged "shareholders not to be fooled by [Kayne's] misguided platform."

The shareholders meeting is scheduled for May 19.

EXCLUSIVE: NASDAQ-Listed Enveric To Split Into Two Companies, One For Cannabinoids, One For Psychedelics
Enveric Biosciences (NASDAQ: ENVB), a biotech company working with cannabinoids and psychedelics, announced it will spin off its cannabinoid pipeline…

Benzinga
One subscription that gives you access to news from hundreds of sites
The Daily Biotech Pulse: Pfizer Acquires Migraine Drugmaker For $11B, Biogen Files For Second Alzheimer's Drug Approval, Longeveron CEO Leaves