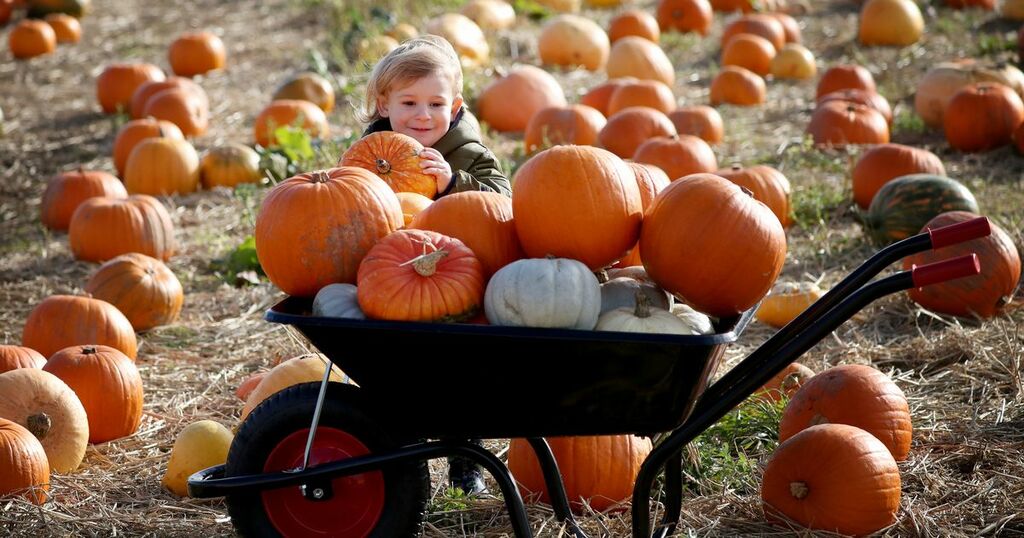 Experts have warned that pumpkins may be in short supply for Halloween this October due to a combination of issues.

Shoppers have witnessed empty supermarket shelves in recent months, while restaurant chains such as Nando's and McDonald's have run out of staple food items.

And now, Brexit delays and a gloomy UK summer could make pumpkins more difficult to come by for the festive fall holiday.

According to i, the lack of pickers and lack of HGV drivers that are causing disruption to supplies will also hit the autumnal fruit.

Reports have suggested a shortage of workers has hit supply chains following an apparent exodus of drivers from EU countries, who returned to the continent during the coronavirus pandemic and remained there.

But this combined with unsuitable weather conditions in the UK has made the situation worse.

The paper says that parts of the UK saw just 65 per cent of the average rate of sunshine in August - with temperatures never staying above 15C through the month.

This has resulted in pumpkins failing to grow.

Leading wholesale pumpkin supplier, Lyburn Farm in Salisbury, has closed its order books and says it is already oversubscribed.

“We are not taking any more orders for the 2021 season for the time being as we are over subscribed and not even running a waiting list," they said.

“The crop is now looking good but slow to ripen due to lack of sunshine and heat, as a result they are still looking very green.

“Transport is clearly going to be another issue as will the harvesting.”

Meanwhile, the annual Mole Valley Squash and Pumpkin Show, scheduled for next month, has also been cancelled because of a lack of crop.

Other growers have said they will need ideal weather in October if they are to get a decent crop.

This week, TV show Gardeners World is offering advice to gardeners on how to try to ensure that pumpkins ripen.

The warning comes after DVSA announced in August it is looking to recruit an extra 40 additional vocational driving examiners to help reduce the shortage after the Road Haulage Association has warned that there is a shortfall of around 100,000 drivers.

It has also increased the number of vocational driving tests from 2,000 a week pre-pandemic to 3,000 by overtime and has allocated additional employees into testing.

Sign up to the MEN email newsletters to get the latest on sport, news, what's on and more by following this link .