Warning after idiot Scot caught driving with ruined tyres - and it could result in £10,000 fine 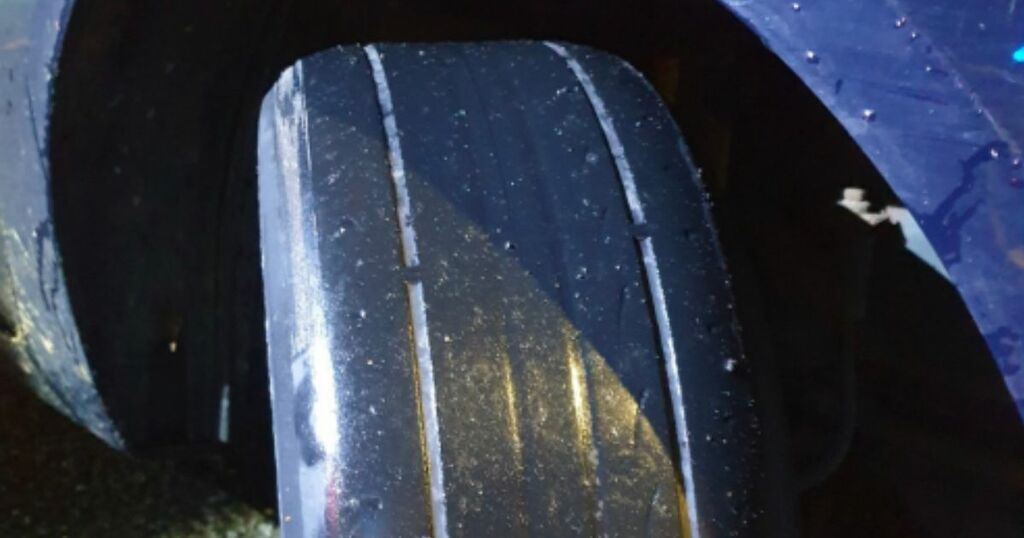 Police were left dumbfounded after a motorist was caught driving around in bald tyres on Scotland’s roads.

The driver, who has not been named, was pulled over in Fife after officers had mistaken the tyres on their Ford vehicle for that of a Formula 1 car.

A quick inspection on the vehicle quickly revealed that the tyre tread had been almost completely stripped away.

It is unclear how officers punished the driver for the act of stupidity.

Police Scotland is now urging Scots to carry out checks on their tyres as part of National Tyre Safety month.

The law says that the legal tyre tread depth for cars in the UK is 1.6mm across the central three quarter of the tyre.

Anyone who is found to be in breach of this law could risk losing their licence and face a fine of up to £10,000.

And more importantly, bald or illegal tyres put drivers and their passengers at risk - particularly during the cold winter months.

“We thought it might be a racing car when we looked at the tyres.

“This wear would have been obvious for some time if the driver had carried out a basic safety check of their vehicle.”

The RAC recommends that drivers can check their tyre tread depth by doing the simple, quick and easy 20p test.

Drivers should take the 20p coin and inset it into the tread grooves on the tyre.

If motorists are unable to see the outer band on the coin, then your tyres are above the legal limit. But if you can see the band, then your tyres will be unsafe and will require professional inspection from a mechanic.

The motoring organisation recommends that drivers carry out this test around every two weeks and before lengthy journeys.