Walmart is partnering with Ford for AI-driven autonomous deliveries 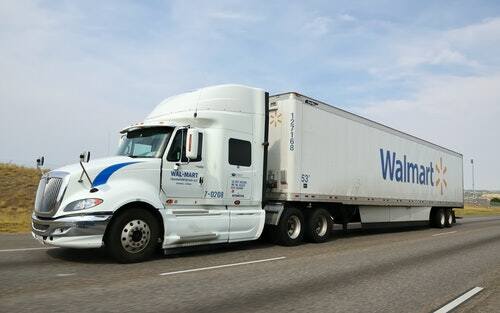 Walmart may no longer be the most profitable retailer in the world, but the company is far from done fighting for that crown. Today the company announced it will be piloting a new driverless delivery program using autonomous vehicles from Argo AI and Ford. The autonomous program will launch in Miami, Austin, and Washington, D.C., with room for expansion in the future.

For the new program, Walmart will integrate its existing online marketplace with Argo’s cloud-based infrastructure. Argo’s artificial intelligence will then work on scheduling deliveries depending upon order time and the customer’s address. While in testing mode, Argo will only process orders in very specific geographic areas in each city.

This isn’t Walmart’s first autonomous delivery rodeo. Early this year, the retailer partnered with GM’s Cruise to bring driverless deliveries to Arizona. The premise there was much the same as the new program with Ford, although that test flight didn’t include any specialized artificial intelligence in the mix.

This is by far Walmart’s biggest robo-delivery test yet. The company’s first program in this vein was actually in partnership with Ford, too, as well as with Postmates. That test only hit one county in Florida, though, and the self-driving vehicles were all simulated.

Walmart has chosen to work with Ford on this new project for good reason. The company’s expansion into autonomous vehicles has been incredibly swift, especially for a traditional automaker. Ford is also already working with Argo AI on bringing self-driving car-shares to Miami and Austin this year — two of the cities now included in the new Walmart program.

Argo is the other big difference between this test and the others Walmart’s carried out in the past. The AI component of the program should allow Walmart to deliver far more packages — and with more efficiency, too.

The best self-driving use case —

Much as automakers would like us to believe otherwise, self-driving technology is, for the most part, not ready for human passengers just yet. (Ask Tesla if you don’t believe us.) Even Waymo, which is at the forefront of this movement, is still required to watch vehicles from nearby in case of an emergency.

Self-driving technology has gotten much, much better in recent years, though, and it turns out package delivery is the perfect use of it. Amazon is also hoping to beef up its delivery routes with help from self-driving trucks, though the company has not announced publicly anything about where or when it intends to use them.