Walking away from the devastation on 9/11 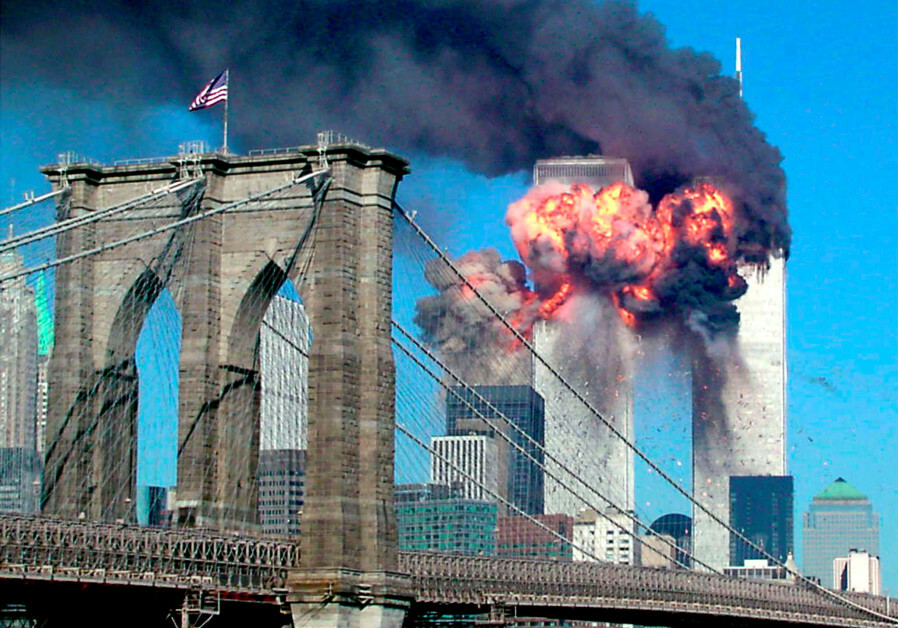 I arrived at my office a little early that bright blue Tuesday morning.

I needed to prepare for an important meeting, and was planning to meet up with my client in the lobby of my office building at 9 a.m. That would be One World Trade Center in New York City, known today as the North Tower.

It was to be a day that would change history; it certainly changed mine. September 11, 2001.

I heard a bizarre noise and felt an even stranger impact on the whole building. Moments later I saw smoke in the hall, and immediately realized that I had to evacuate from my 85th-floor office. It was a long way down.

Two weeks later, I wrote about my experiences that day, a piece I read every year on the 9/11 anniversary.

It describes my narrow escape from death and destruction. It describes the firemen I saw going up to battle fires and rescue office workers stuck up there, now with the knowledge that they all perished.

It describes what I experienced after exiting the North Tower onto the streets of Lower Manhattan: the thunderous sound of the South Tower collapsing and then being chased by a black toxic cloud that raced toward me. I described my unsuccessful effort to run away from it. I ran as far and as fast as I could, and eventually collapsed and began to cry as I witnessed the collapse of the North Tower, with my office in it.

Over the following months, I came to understand that people all over the world are almost killed every day. I was one of them; I was lucky. But because the events of 9/11 were local, national and world news for years to come, I was reminded daily of how close I came to death. The thought of leaving behind a beloved wife and young daughter haunted me for years.

Knowing how all could be gone in an instant taught me that life, truly, is short. I grew easily frustrated with any waste of time, and developed anger issues. One day you go to the office and are almost blown to bits – how can you stand to waste time after that? My family urged me to see a therapist. I demurred and believed I could self-correct.

OVER TIME, the anger and fears dissipated. The terrifying nuclear nightmares outside my window stopped, as did the suspicion and worry I often felt on a crowded commuter train and the certainty that a low-flying plane was headed into a nearby building. The PTSD faded. Time does heal most wounds. And I never thought twice about the cough I developed around 2008-2009, which my doctor at that time told me was nothing to worry about.

I eventually realized I was indeed one of the luckiest people on earth. Especially after my wife was diagnosed in 2012 with an incurable, untreatable and fatal disease. Known in the US as Lou Gehrig’s disease, named for one of our greatest baseball players who contracted the disease at age 36 and died two years later in 1941, ALS or amyotrophic lateral sclerosis is a degenerative muscle disease that typically results in full paralysis and death in two to five years following diagnosis.

She died in June 2016. During those years of decline, as the disease claimed more and more of her body, I realized this must be why I was spared that awful day. So I could be there when she needed me the most, to help her and love her every day until the end. Being with her and caring for her every need, in a life filled with love and success, was perhaps my greatest accomplishment. Being there for my daughter through these 20 years runs a close second.

One month after she died, I was diagnosed with interstitial lung disease, a potentially fatal condition. The doctors concluded that this resulted from my exposure to the black toxic cloud that I could not outrun as the South Tower collapsed. Particles got into my lungs, and the cough I developed seven or eight years later slowly but steadily worsened. By 2016, my doctor advised me to get that checked out.

My health and ability to breathe continued to decline despite being under the care of two of New York’s finest pulmonologists. Walking just one block, even with supplemental oxygen, became difficult. I had been warned that eventually I would need a lung transplant to survive. A transplant? What the f***?

I received that lung transplant in October 2019, more than 18 years after those toxic fumes entered my lungs. The “gift” that keeps on giving.

So while I was not reduced to dust and bone fragments that day, the collapse of those two buildings has affected me every day since.

But that’s okay, as I view these years as free time. My life was inches away from ending at age 43, but I am still going, 20 years later. Having survived, I have been able to play a meaningful part in both my daughter’s life and the end of my wife’s.

Yes, I got terribly sick, and have to be super-vigilant to avoid infection and organ rejection to stay alive (especially in the COVID-19 era), but my run of good luck continues. I have been lucky enough to find new love, and to continue to be there as my daughter, now 31, has matured into a successful young professional.

Having survived these experiences, I do not fear death. I have been blessed to have these 20 “free” years, to be able to do what I did, and hopefully still have plenty of time left to rock & roll. Each day is a treasure. 

The writer, 63, grew up and has spent most of his life in the New York City area. In 1998, he selected the World Trade Center for his law firm’s office because it was a good train commute from his home in northern New Jersey.