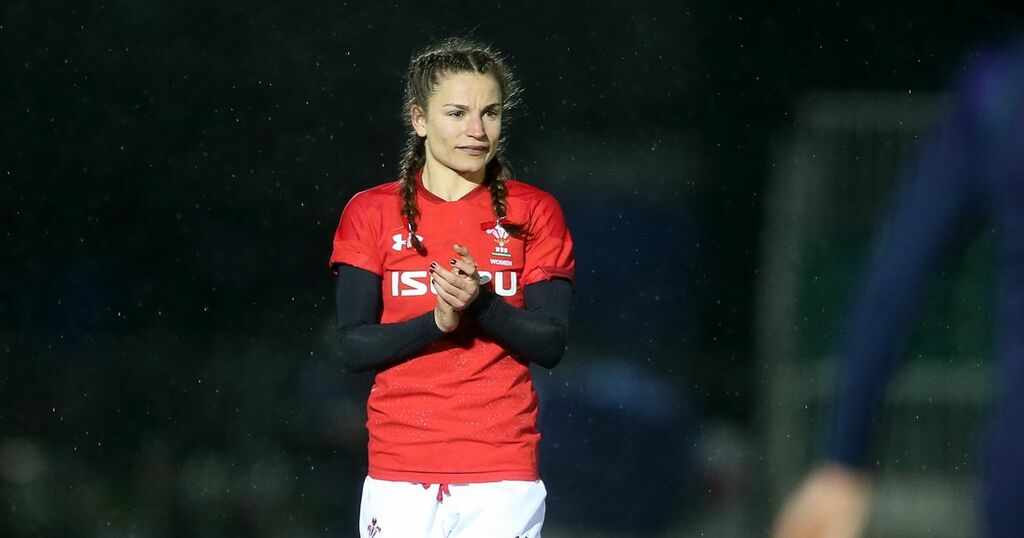 A Wales Women squad of 36 players has been named for their penultimate campaign before the World Cup next year amid yet more coaching upheaval.

Wales, headed up by an interim coaching team for the autumn three-match series against Japan, South Africa and Canada, welcome six uncapped players into the squad which is once again captained by Siwan Lillicrap.

Geraint Lewis and Ioan Cunningham are jointly leading the temporary coaching roster after ex-Wales boss Warren Abrahams left his post in July less than nine months into a three-year contract, with the search currently ongoing for a replacement less than a year out from a World Cup. Richard Whiffin is the attack coach, and World Rugby coaching intern Sophie Spence also assists.

The staff say they have a good mix of new and experienced players heading into camp, with Saracens forward Kat Evans and Harlequins back Jade Mullen linking up with the squad after being part of the Wales Sevens Rugby Europe over the summer.

Wasps' Flo Williams returns to the squad having been in the squad for the 2021 Six Nations, while the uncapped contingent is completed by Llandaff North forward Liliana Podpadec, Porth Harlequins forward Madi Johns and Pontyclun Falcons back Leanne Burnell, who have forced their way in after Welsh Rugby Union talent ID days.

Fly-halves Elinor Snowsill and Robyn Wilkins are set to battle it out for the No. 10 jersey, while there are welcome returns for Jess Kavanagh and Gwenllian Pyrs.

Winger and occasional Wales full-back Jasmine Joyce returns to the international set-up after taking the World Rugby Sevens Series by storm after a second Olympic Games, but Team GB's programme coming to an end means she will no longer be a full-time athlete and must now return to balancing full-time work with playing rugby due to Wales Women players' amateur status.

Read more: Jasmine Joyce is Wales' best rugby player and an Olympic star but now she has to get a full-time job

Forwards coach Geraint Lewis said: "Many Welsh players have been performing well for their Allianz Premier 15s clubs and it’s also been good to see women’s club rugby return following 18 months of stoppages in Wales. Club performances and a productive senior Talent ID Day have provided the opportunity for players to force their way into this squad for the forthcoming campaign which will test them at a higher level.

"As is always the case in international rugby, there were some difficult calls with some players missing out but many of those individuals have already shown a determination to work hard for another chance to wear the jersey. There's a lot to play for in the next year and this is the start of that journey."

Defence and scrum coach Ioan Cunningham added: "We are looking forward to these home internationals and testing ourselves against three teams who will test the group in different ways, with a variety of styles and structures. That is just what is required a year out from Rugby World Cup."

There is no place in the squad for Worcester front-rower and former Wales skipper Carys Phillips despite regular outings for her club side so far this season. The No. 2 was injured ahead of the 2021 Six Nations squad selection, while she has not featured in a Wales squad which wasn't an extended training group since autumn 2019, coinciding with her father and former Wales boss Rowland Phillips' departure from the set-up.

Another notable squad omission over the past two years has been Sioned Harries, a key player in the Phillips era. Second-row Teleri Wyn Davies and scrum-half Jess Roberts also miss out.

Wales Women have garnered incredible public support in recent campaigns despite poor results, with the WRU facing calls to increase its resource and support for the team to aid their improvement.

New performance director Nigel Walker insists the women's game is a priority and resource will be made available. You can read the full interview here.

Tickets are now on sale via www.wru.wales/waleswomen