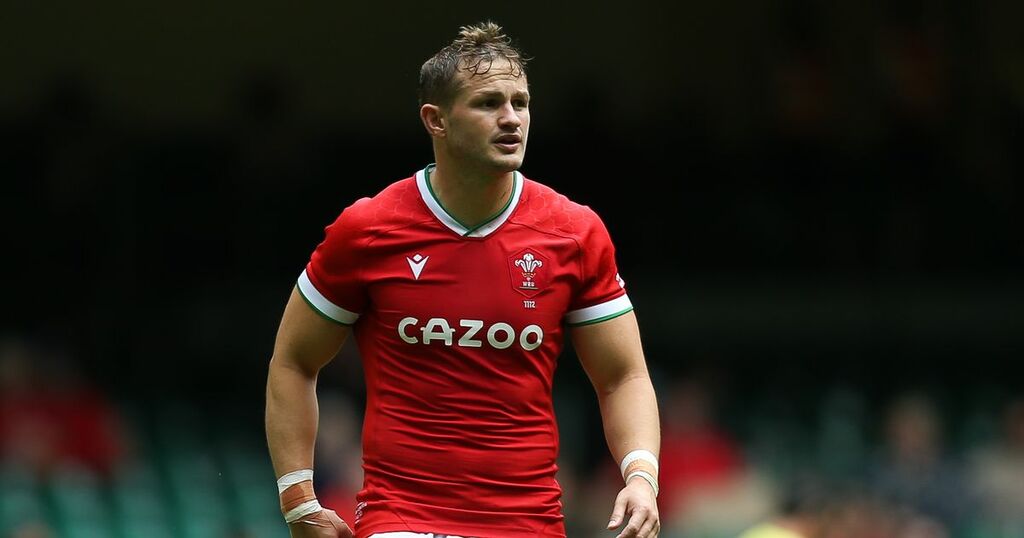 Wales star Hallam Amos is retiring from rugby at the end of the season, aged just 27.

The versatile outside back has announced his intention to focus fully upon a new career as a doctor.

Amos has been a regular in Wales squads since properly breaking into the side ahead of the 2015 Rugby World Cup, earning 25 caps for his country.

He also featured for Wales at the 2019 World Cup in Japan, helping Warren Gatland's side to the semi-finals and scoring in the third-place play-off match against New Zealand.

READ MORE: Get the latest news, views and analysis from our rugby section

Injuries have blighted Amos' Test career at times, though, and he missed out on a number of campaigns while recovering from knocks.

He did, however, spend a decade playing at regional level, and was a regular in the Dragons and Cardiff sides.

Having come through the academy at Rodney Parade, Amos played more than 100 matches for the Dragons. In 2012, he became the youngest player to start a match in the Guinness PRO12 at the age of 17 years and 208 days.

In 2019, he moved to the capital and has played 32 times for Cardiff, scoring six tries.

But this season will be his last in rugby as he hangs up his boots to focus upon his career in medicine.

Throughout his rugby career, Amos has had to juggle the demands of professional sport with studies at Cardiff University to become a doctor.

He recently completed his clinical medical exams and will change careers next summer.

"I’ve experienced a lot in rugby and have been fortunate to go to two Rugby World Cups, a Commonwealth Games, several Six Nations and I’ve had a lot of great times in the regional game.

“I’m very grateful for the incredible experiences I’ve had but the time has almost come to face a new challenge. I am happy with what I have achieved and telling Dai [Young] and Cardiff, and Wayne [Pivac] and Wales, early so they can plan for the future sat a lot easier with me.

“It’s always been my intention to finish when I complete my degree and this season aligns nicely with the final year of my medical studies, so a perfect time to transition from pitch to hospital.

“Throughout my years combining university with a rugby career I’ve had plenty of support - from the WRU, from the Dragons for the first few years of my career, from Cardiff Rugby more recently, and from Cardiff University itself - and I’ll always be thankful for their willingness to accommodate both aspects of my life.

“Particular thanks go to Dai and Wayne who have been understanding over the last couple of weeks as I’ve talked to them about the thought process behind my decision.

“Retiring at 27 will definitely be strange but I’m fully committed to Cardiff Rugby for the rest of the season and hopefully I can finish on a high over the next few months.”

Cardiff boss Young added: “Obviously it will be disappointing to lose a player of Hallam’s quality and he has plenty of rugby left in him but you can only admire his decision.

“Not many players get to go out on their own terms and to switch from rugby to a full-time career in medicine sets him up for a long and fruitful career."