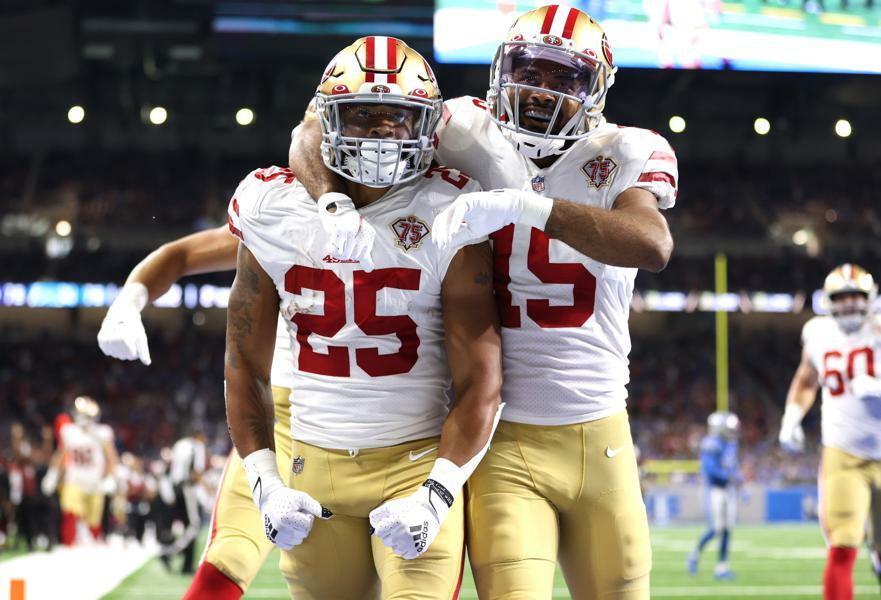 The first week of the 2021 NFL season is in the books. With Week 2 on the horizon, it is a crucial time for fantasy football managers to play the waiver wire.

Even if you were one of the fortunate fantasy managers to have an extremely successful draft and have so far managed to avoid losing any key players to injury, there are still almost certainly going to be upgrades for your bench waiting to be discovered in the free agency pool.

Adding depth early is critical, especially with the league tacking a 17th regular season game onto the schedule this year. Having a loaded bench can help you weather inevitable injuries and bye week absences from your top talent. Depth can make the difference between narrowly missing out on competing in the fantasy football playoffs and making a run to the championship.

This portion of the year is also a great time to splurge on players who assumed a larger role than initially projected in Week 1. There will be far fewer opportunities to pick up a player like Elijah Mitchell—now looking like the San Francisco 49ers’ lead back—later in the season. Don’t be afraid to use waiver wire priority or a significant chunk of your FAB budget to acquire these potential breakout stars.

With that in mind, here is a look at the best waiver wire pickups for Week 2 of the 2021 NFL season at every position. All suggestions are rostered in 50% or less of leagues on major fantasy football websites and are likely to still be available as a free agent in yours.

The New Orleans Saints shocked the world on Sunday when they obliterated the favored Green Bay Packers. Saints quarterback Jameis Winston showed why the coaching staff had faith in him to lead the team in the post-Drew Brees era, carving up the Green Bay defense for an incredible five touchdowns on just passing 20 attempts.

According to the NFL on ESPN, Winston’s 148 yards were the fewest needed to reach five scores in the history of the league.

Since the Saints didn’t need to air it out to stay in the game, Winston simply took what the defense gave him on his limited drop backs. His game appears to have matured significantly since his days as the Tampa Bay Buccaneers starter, a time when he would have some big fantasy days but often hurt his team with bad reads, poor throws and turnovers.

Fantasy managers weren’t sure what they were going to get with Winston as New Orleans’ starter going into 2021, but it’s now becoming clear he will be a viable starter in most formats. The signal-caller gets an opportunity to show the opener wasn’t a fluke in Week 2 against the NFC South rival Carolina Panthers.

If your drafted quarterback didn’t pan out the way you were hoping, put a claim in for Winston. The high-powered Saints offense isn’t skipping a beat with Brees out of the picture, which should result in plenty more big fantasy days for Winston.

The San Francisco 49ers started the year with one of the most puzzling backfields in football. The team went into Week 1 with Raheem Mostert as the starter and Eli Mitchell and JaMycal Hasty as the backups, making highly touted rookie Trey Sermon a healthy scratch for the opener.

Mostert ended up suffering an injury on the second play of the contest against the Detroit Lions, leaving the backfield short-handed. Mitchell picked up the slack more than adequately, assuming a bell cow role and finishing the 41-33 victory with 19 carries for 104 yards and his first NFL touchdown.

With Mostert out for approximately two months, the top running back job now looks like it is Mitchell’s to lose. Fantasy owners should take note, as the RB1 gig in San Francisco has the potential to put up incredible numbers.

Ever since Kyle Shanahan took the reins in 2017, the San Francisco 49ers have desired to be a run-first football team. In 2019, when the club had its most successful campaign under the head coach, the Niners ran the ball on more than 50% of their offensive snaps

In Week 1, the 49ers still ran the ball on 49% of their offensive plays—a larger percent than all but five teams—despite the injury to their starting RB.

San Francisco will take on the Philadelphia Eagles in Week 2, a contest that should reveal a bit more information on how Shanahan plans to utilize his backfield in wake of Mostert’s injury. It would be surprising if Mitchell isn’t getting the lion’s share of the totes, even if Sermon is activated for the contest.

Do whatever it takes to acquire Mitchell on the waiver wire if you need an impact running back for your fantasy squad,. There simply won’t be many opportunities to add a free agent with this much potential during the 2021 season.

The New England Patriots made waves when they released Cam Newton just before the 2021 NFL season began. The decision elevated rookie quarterback Mac Jones into the starting role and made the New England offense—already a difficult entity to untangle since the departure of Tom Brady two years ago—one of the biggest question marks for fantasy managers going into the new campaign

The season-opener shed some light on what fantasy football players can expect from the Pats this year. Jones showed plenty of poise, confidence and polish for a first-year signal-caller. He finished the game against a tough Miami Dolphins defense by completing a very respectable 29-of-39 passes for 281 yards and a touchdown.

Nelson Agholor emerged as Jones’ leading target, establishing an early rapport with the young QB that should help his fantasy production going forward. The seventh-year veteran, who was also making his Patriots debut after signing as a free agent this offseason, reeled in five receptions on seven targets for 72 yards.

Agholor was the recipient of Jones’ lone scoring pass of the contest, securing a dart from the quarterback after he hung tough with the rush bearing down:

It wasn’t a surprise to see Agholor find pay dirt. During his lone season with the Las Vegas Raiders last year, the wideout was responsible for a decent 48 receptions for 896 yards, but also managed to score an impressive eight times. That number tied his career high set with the Philadelphia Eagles back in 2017. Agholor is now up to 27 touchdowns over 88 career games.

While a good chunk of Agholor’s fantasy value is tied to his scoring potential, it’s not a bad bet that the wide receiver will flirt with a double-digit touchdown mark in 2021. He’s earned the trust of Jones and should see a high volume of targets this season.

Don’t go all-in to acquire him, but fantasy managers seeking some receiver depth or needing a spot starter could do much worse than placing a waiver wire claim in on New England’s new No. 1 wideout. Look for the Jones-Agholor battery to continue their successes together in Week 2 against a soft New York Jets defense.

Tight end is a notorious difficult spot to unearth fantasy production from. Fantasy managers who weren’t fortunate enough to draft some of the big names will be lagging behind at the position and desperate to find a free agent who can help them win.

One player on the rise is Gerald Everett, the new Seattle Seahawks tight end who went undrafted in a large percentage of fantasy football leagues. The fifth-year veteran spent his first four years in the NFL with the Los Angeles Rams before signing with their NFC North rival this offseason.

It seems to be a good fit for both parties. After just one game with the Seahawks, Everett has already matched his scoring total from last year. While he wasn’t heavily involved in Seattle’s offensive gameplan, Everett made the most of his two targets, racking up 20 yards and finding the end zone for the ninth time in his career.

While Everett’s stat line doesn’t jump off the box score, head coach Pete Carroll said the tight end is only scratching the surface of his potential and the team has plans to utilize him more in their offensive schemes going forward (via Seahawks.com):

There's a lot more to see. We haven't done all of our stuff, there's a lot to come. Really, Gerald (Everett) is such a versatile football player. You'll see him do all kinds of things, he got a touchdown pass today and all that. He'll do a lot more. He's got a lot of good stuff in him.

Considering quarterback Russell Wilson has targeted tight ends at a 25% clip in the red zone during his career, Everett could be in line for plenty of scores during the 2021 season.  If he continues to produce and find pay dirt the way he did in Week 1, Wilson will be looking Everett’s way often down near the opponent’s end zone.

For the countless fantasy owners lacking a quality tight end right now, take a flier on Everett. It could pay dividends if he becomes a larger part of this Seattle aerial attack.