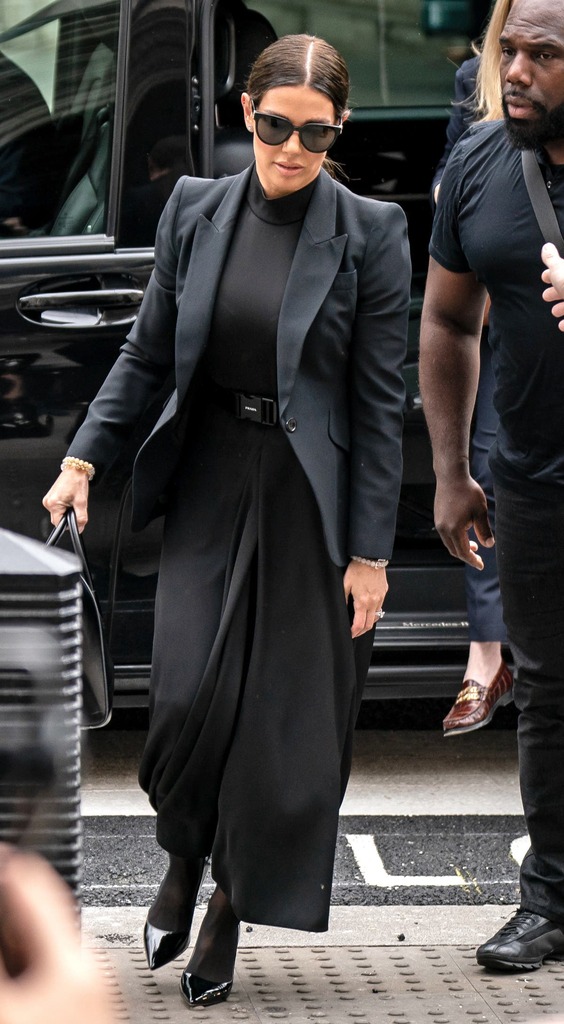 Rebekah Vardy denies in court being prepared to ‘lie under oath’
The mother-of-five was giving evidence on the second day of the ‘Wagatha Christie’ libel trial.

The Independent UK
One subscription that gives you access to news from hundreds of sites
Wagatha Christie trial: Rebekah Vardy v Coleen Rooney - how day two played out

Rebekah Vardy has denied being willing to lie under oath in the “Wagatha Christie” libel trial, as she admitted allowing her agent to access Coleen Rooney’s private Instagram posts.

Giving evidence on Wednesday, the second day of the trial, Vardy also accepted she had attempted to leak a story about the arrest of Premier League footballer Danny Drinkwater to the Sun – accompanied by the note: “I want paying for this x.”

Vardy told the high court this leak was a one-off incident motivated by the desire to expose a drink-driver.

She also insisted that multiple other WhatsApp conversations with her agent, Caroline Watt, concerning leaking stories to the Sun about other celebrities – including Rooney, model Danielle Lloyd and unnamed footballers – were jokes that should not be taken seriously.

In response, Rooney’s barrister, David Sherborne, said this was “completely untrue”, and it was impossible to believe Vardy and Watt were just joking about selling stories to the Sun.

He also claimed there were discrepancies between Vardy’s written witness statement and her spoken evidence in court. “What this shows, Mrs Vardy, is that you are prepared to lie under oath,” he said.

The court also heard how Vardy – the wife of Leicester City footballer Jamie Vardy – shared her Instagram account with Watt. This enabled her agent to view posts on Rooney’s locked private Instagram account, which had only about 300 trusted followers.

“You knew what she was doing and you condoned it,” he told Vardy.

“No that’s not true,” she replied.

At one point the court heard that Rooney had briefly blocked Vardy from the private Instagram. Watt sent a WhatsApp to Vardy, asking: “Babe, has Coleen unfollowed you?”

Vardy replied: “Oh wow I just saw, wow, what a cunt. I’m going to message her.”

Sherborne told the court that it was difficult to know for certain if Watt had sent messages to journalists because Watt’s phone – which he wished to search – had fallen off the side of a boat off the Scottish coast. “We will never know because her phone sits at the bottom of the North Sea,” he told the court.

The disclosures were made as part of the libel case Vardy is bringing against Rooney, after Rooney alleged Vardy leaked stories from the private Instagram account to the Sun.

Rooney – the wife of Derby County manager Wayne – went public with the accusation in October 2019, claiming to have run a sting operation to find the leaker and concluding: “It’s .......... Rebekah Vardy’s account.”

Vardy has always maintained the accusation is false and defamatory, and she has brought the libel case in a bid to clear her name.

Late in the afternoon, Vardy – who spent the entire day in the witness box – dabbed at her eyes when questioned about the abuse she and her family have received while in the public eye.

The proceedings were watched intently by Rooney and her husband, both of whom are expected to later give evidence in the trial.

In messages shown to the court, Vardy told her agent: “Mahrez not turned up to training again, the lads are fuming.”

Watt suggested contacting a Sky Sports reporter but Vardy replied: “I just don’t want it coming back on me.”

Watt then said “I can tell someone,” to which Vardy replied: “Yes, do it.”

Sherborne pressed Vardy on whether her husband was the source of the messages about Mahrez: “Did you or did you not know that the lads were fuming?”

Vardy insisted she was just gossiping and did not have a source in the Leicester City changing room. “Jamie and I never discussed whether the lads were fuming,” she said.

The footballer’s wife told the high court she did not systematically leak stories to the media and the idea of seeking payment from the Sun for the story about Drinkwater crashing his car was a “fleeting thought”.

She said her real motivation in wanting to leak the story was to expose a drink-driver to public scrutiny.

When told by Watt the Sun had already learned about the arrest from a source at the police station, Vardy said she was “fuming I didn’t give it to you earlier”.

Watt replied to say “that would have been a fortune 😂” and instead suggested finding out where Drinkwater lived and sharing the information with the paparazzi agency Splash News.

Vardy’s evidence is set to continue on Thursday after it was cut short by a fire alarm.

Rebekah Vardy denies in court being prepared to ‘lie under oath’
The mother-of-five was giving evidence on the second day of the ‘Wagatha Christie’ libel trial.

The Independent UK
One subscription that gives you access to news from hundreds of sites
Wagatha Christie trial: Rebekah Vardy v Coleen Rooney - how day two played out