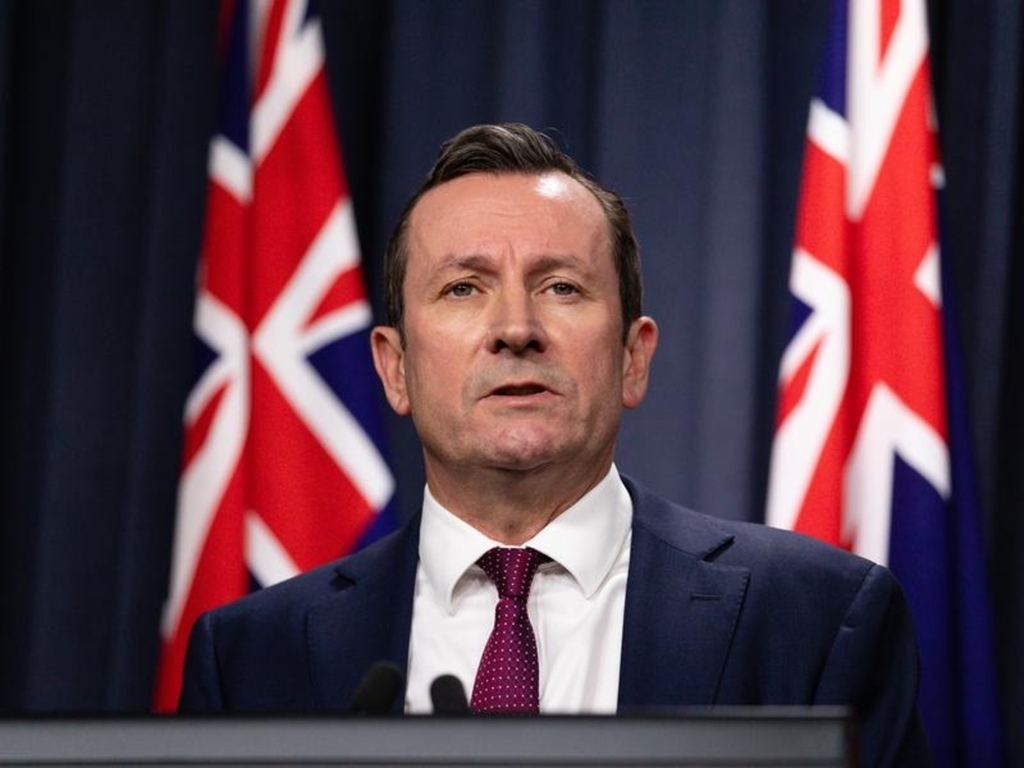 West Australian Premier Mark McGowan has flagged harsher restrictions for the unvaccinated as the state forges ahead with its border reopening plan.

Three new local COVID-19 cases were reported on Monday, but all were already in quarantine and were not believed to have been infectious while in the community.

The state has so far avoided any major outbreaks despite the recent arrival of the Omicron variant and a cluster of cases linked to an unvaccinated French backpacker.

Mr McGowan said WA would proceed with reopening its borders from February 5, but warned the transition would come with harsh restrictions for the unvaccinated, who face being locked out of pubs, restaurants, cafes and gyms.

"This policy will come into force as we move closer to easing border controls," the premier told reporters.

"We know that unvaccinated people are well and truly enormously over-represented when it comes to cases, serious illness, hospitalisations, intensive care presentations and deaths.

"Far too many resources are being used over east to care for individuals who would not take the basic steps to care for themselves.

"If you, for some reason, have not had your first dose yet my advice would be to make a booking today, otherwise life is about to get very difficult for you."

WA's double-dose vaccination rate for people aged 12 and over has climbed to 86.3 per cent, although the take-up has been much lower in some regional areas.

There are particular concerns about the vast Pilbara region where the rate is well below 60 per cent.

Mr McGowan said unvaccinated people faced being locked out of the Pilbara, home to some of the state's most prized tourist attractions.

A new app designed to make it easier for people to show proof of vaccination will be launched by the government on Tuesday.

More than 5000 people who attended the weekend's Fremantle-West Coast AFLW derby were not required to show proof of vaccination but the premier said the exemption granted by the chief health officer was likely to be a one-off.