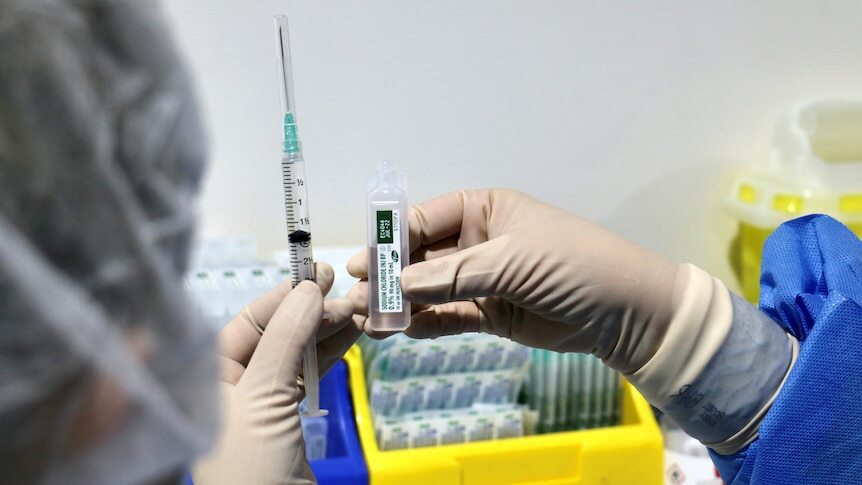 WA Premier Mark McGowan has called for more COVID-19 vaccines to ensure the state gets its fair share, saying New South Wales had received hundreds of thousands of extra doses per capita.

Mr McGowan said the WA government supported the supply of extra jabs for NSW, with that state continuing to grapple with more than 1,000 new cases each day.

But he called on the federal government to ensure Western Australia caught up on vaccine supply.

"The states which provided that additional support to New South Wales now need to be given out catch-up supplies, in particular of Pfizer," he said.

"You can't have a situation where you're penalised when you give your doses to New South Wales and you don't get a proper full catch-up."

"We supported the extra half a million Polish doses going to New South Wales," he said.

"We supported each and every time the federal government brought forward supply.

"It was the best part of a million extra doses above their per capita share went to New South Wales."

Mr McGowan maintained WA could not be criticised for not vaccinating at the same rate as NSW when it did not have the same number of vaccines per capita.

He said he had been pointing this out for several weeks.

The Premier's vaccine call came as St John Ambulance statistics showed one in four urgent emergency calls were not being seen within a target time frame.

In August, St John reached 76.5 per cent of "priority one" calls within 15 minutes.

Its target is to reach 90 per cent within that timeframe.

"We are talking about the most serious of emergencies such as heart attacks and stroke, where every minute counts," she said.

"While every new 11th-hour measure by the McGowan Labor government is welcomed, this indicates it is a health system which is under desperate need of a serious injection of the health staff and resourcing required."

"Everyone's doing it tough at the moment with a significant increase in demand," he said.

"They're still one of the best ambulance services in Australia and we're working very closely with them to make sure that we can continue to provide world-class health care."

Mr Cook also responded to reports that hundreds of shifts had been dropped at Royal Perth Hospital.

"The shortages we were talking of were essentially five per cent of the shifts that were due to be rostered in that 24, 48 hour period," he said.

"So the headline could've been this morning, 'RPH fills 95 per cent of shifts despite national nurse shortage and very much a high absentee rate to sick leave'.

"Health is a tough job at the moment and I think RPH is doing the very best they can."

Mr Cook said 200 doctors from overseas had been lined up to enter the WA system.