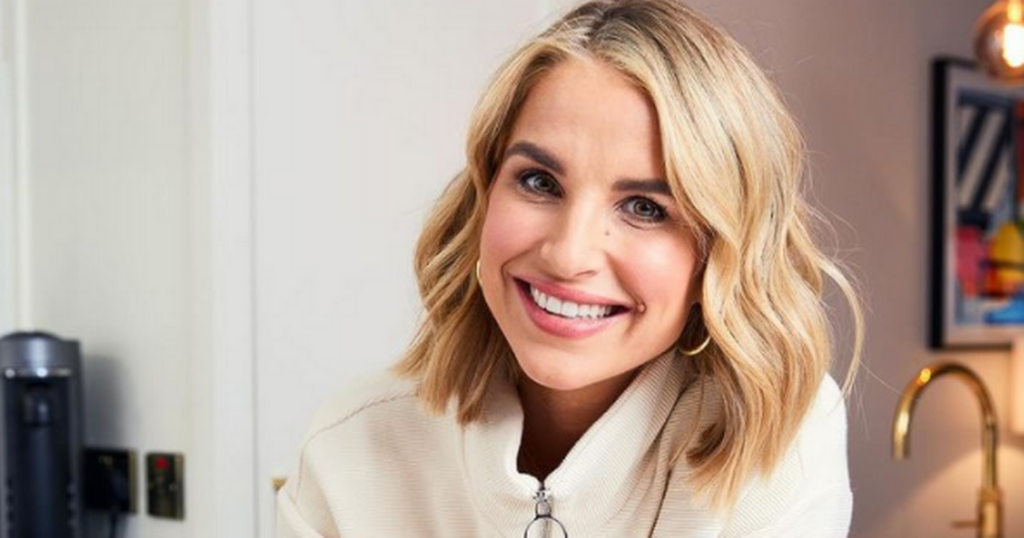 The Irish DJ and presenter said she has been whacked by sickness and sleepless nights as she prepares to welcome her third child with husband Spencer Matthews this spring.

The star, who is already mother to three-year-old son Theodore and one-year-old daughter Gigi said she was having a "real sicky day" on Wednesday.

“Also wide awake at 1pm after T [Theodore] decided to pay us a visit.

“I must admit. I do not find pregnancy easy.”

However, as she shared a picture of her growing bump, she added: “Although the present you get at the end is the greatest thing in the world.”

Alongside the snap, she added: "Bumping along nicely."

Vogue and husband Spencer previously revealed their joy to be expecting another baby boy.

The pregnancy update comes as the Irish star recently insisted that she's expecting Spencer to propose for a second time after his awkward first proposal.

The couple first met when they took part in the Channel 4 show The Jump in 2017, and later confirmed their romance after weeks of speculation.

The former Made in Chelsea star got down on bended knee just one year after they began dating, but Spencer’s decision to surprise Vogue with a proposal fell flat.

During an interview with best friend Jamie Laing on their podcast 6 Degrees, the 33-year-old said he’s still embarrassed at the ‘s**t’ proposal, which took place after a performance of The Lion King in 2018.

He joked that it still haunts him to this day, as he recalled asking Vogue to marry him on the stage of the The Lyceum in London’s West End while being watched by some of the cast members.

“I took her to The Lyceum to see The Lion King because it's my favourite Disney film. Not hers – mine. I realised later, this is what I would want to happen to me and not her,” Spencer laughed.

Vogue went on to discuss the details of their proposal during their podcast Spencer & Vogue, and admitted she wants another proposal because she thought his first attempt was selfish.

“I heard Spencer talking about his proposal on his Jamie podcast and I actually went in and felt p***ed off,” she confessed.

“I was like ‘You know what? That was s**t, that was a s**t proposal.’ I'd like another proposal that's not s**t and not all about you,” Vogue quipped.