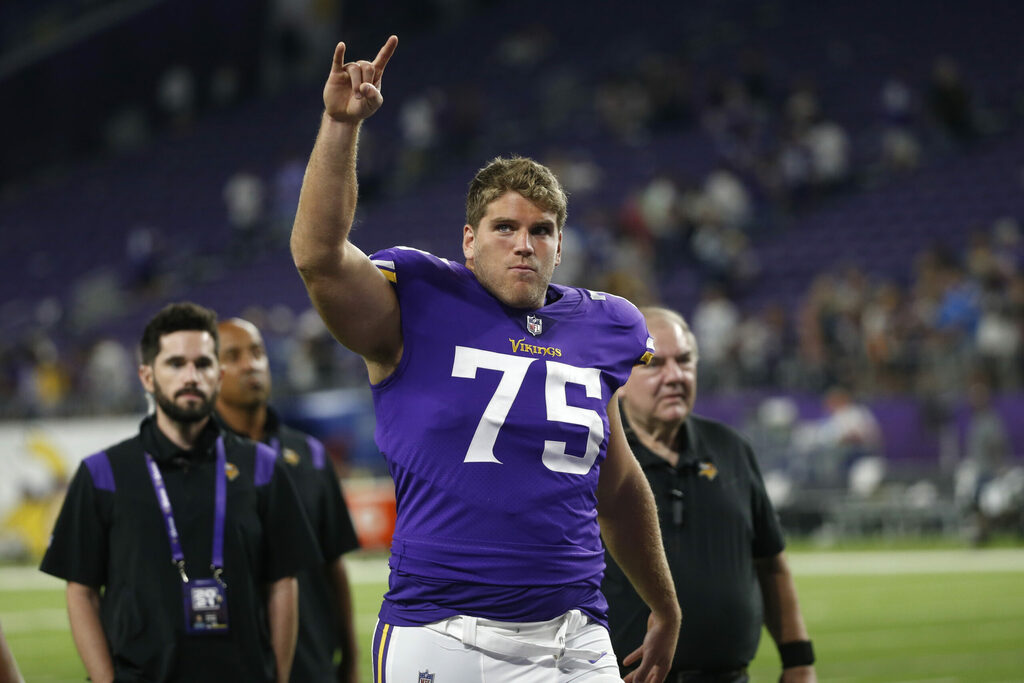 Brian O’Neill has been arguably the Vikings’ best offensive lineman for the past few seasons.

With his rookie contract running out in a year, Minnesota decided to lock him down during the offseason before he was set to become a free agent.

The Vikings announced that they signed O’Neill to a multi-year extension. At the time this article was published, there was no official word on how many years or how much money the contract will be.

With Riley Reiff departing for the Bengals this offseason, O’Neill became — by far — the best option Minnesota has on the exterior offensive line. This move locks down one of the more important players who was set to be a free agent in 2022.

“I really don’t think [my role] has [changed],” O’Neill said in mid-August, per the Vikings. “I try to be the same guy every day this year as I have been the last couple years. Try to be myself, and hopefully that energy and attention to detail attracts guys and they want to come along.”

The Vikings made a move similar to the O’Neill decision when the team extended S Harrison Smith earlier this offseason. Those two were arguably the biggest names on the Vikings roster who were going to be free agents next year.

In 2020, O’Neill finished with a PFF overall grade of 78.0. Since he’s taken the starting reigns in 2018, O’Neill has become one of the better right tackles in the NFL. It’s good for the Vikings that he’s staying around.