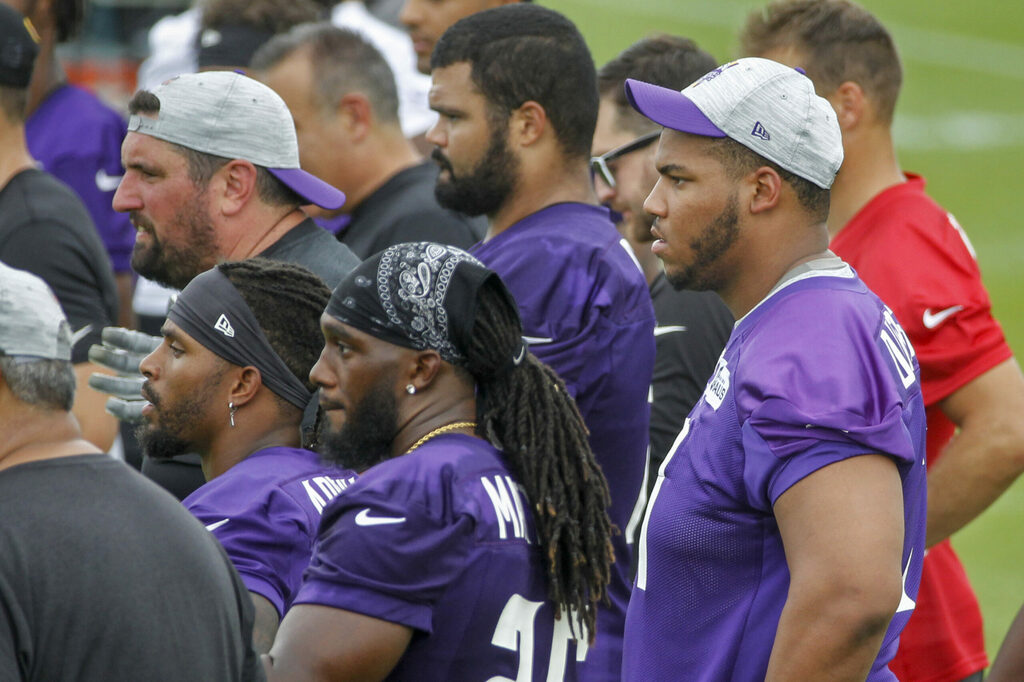 The Vikings earned praise when they traded back in the first round and still landed a good prospect at a position of need. That prospect, however, has yet to see anything more than special teams play.

Christian Darrisaw suffered a groin injury that has left him out and limited during various practices this year. The first-round pick is finally on the cusp of getting fully healthy. Klint Kubiak talked about Darrisaw’s journey so far:

“As of right now, we’re really just trying to get him into football shape,” Kubiak said of Darrisaw. “Get his conditioning level up, his football conditioning, cause you can’t do that without just going out and doing it and practicing, so just making sure we’re giving him a solid foundation, so when that times comes, he’s able to be at his best.”

For now, Rashod Hill remains the Vikings’ starting left tackle. It looks like he’ll get at least one more game to keep his starting spot. Hill has an easy matchup against the Lions in Week 5. He filled in for Riley Reiff against Detroit in 2020 and played pretty well. He could put together another good performance Sunday.