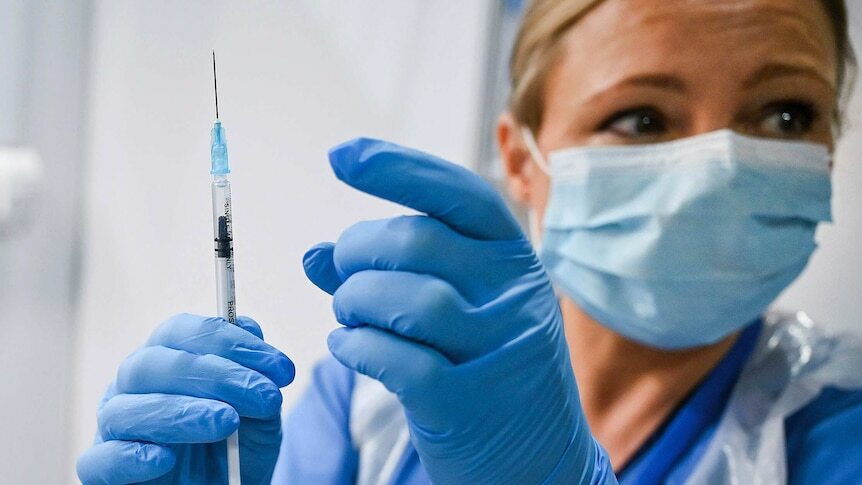 The Victorian branch of the Australian Medical Association (AMA) is calling for COVID-19 restrictions to remain unchanged until two weeks after 80 per cent of people aged over 12 years are fully vaccinated, labelling any other approach "reckless".

The Victorian government has flagged modest changes to lockdown rules once 70 per cent of people aged 16 and over have received at least one dose of a COVID-19 vaccine, and is preparing a roadmap out of lockdown for the coming months.

While close to 70 per cent of Victorians aged 16 and over have already had a first dose, only just over 40 per cent have had both doses of the vaccine.

Projections show it may take until November, or beyond, for 80 per cent of adults to be fully vaccinated in Victoria.

The organisation that represents doctors and medical students said the thousands of active COVID-19 cases were already putting unprecedented strain on the healthcare system.

"Stress is being felt across the system including in primary care, hospital-in-the-home outreach care for COVID-19 patients, and caring for admitted patients both with COVID-19 and other medical illnesses," AMA Victoria president Roderick McRae said.

"AMA Victoria considers it reckless to open up the current Victorian restrictions until 80 per cent of people 12 years and older, who are now eligible for vaccination, are two weeks beyond their second dose.

"That is the time to reassess the state's capacity to manage the inevitable cases of COVID-19 in the remaining 1.6 million unvaccinated Victorian citizens."

But the Australian Industry Group's Victorian head Tim Piper said Victoria should open as quickly and safely as possible, once the National Cabinet goal of 70 per cent vaccination of those aged 16 and older was reached.

"Businesses are just running out of puff at the moment," he said.

"They've literally got no more to give."

Mr Piper said he hoped the AMA was also weighing up the impact lockdowns had had on children, older citizens and the economy.

"It's going to take so much to bring us out of this," he said.

"The further we head towards Christmas without having an open business environment is just going cause us even more complication."

Roadmap out of lockdown due Sunday

The small changes flagged for the 70 per cent first-dose target include expanding the distance people in lockdown can travel from their home, from 5 kilometres up to 10km, and allowing an extra hour of exercise each day.

As of midnight, Greater Shepparton exited lockdown while the City of Ballarat yesterday entered a snap, seven-day lockdown aimed at quelling spread of Delta.

Premier Daniel Andrews has said a roadmap detailing steps out of lockdown over the next few months would be released this Sunday.

Dr McRae said it was crucial not to allow Victoria's health system to become overwhelmed, the way those in countries in the Northern Hemisphere had.

"The key element is not to saturate the public hospital system's ability to look after people who need assistance," he said.

"We know they're going to be there. We won't want them all to arrive at once.

"If there is no staff to look after them, there will be an excess of otherwise unnecessary deaths."