Victoria’s Indigenous truth-telling commission has formally requested a two-year extension for its inquiry to ensure the process does not “replicate colonial injustices” and “trauma”.

The commission has been beset by a series of resignations over the past six months, including commissioner Wayne Atkinson last month.

In an interim report released on Monday to coincide with Naidoc Week, the commission said the June 2024 deadline for its final report was “extremely ambitious” for the breadth of its inquiry given the time needed to customise a culturally appropriate model that does not “replicate colonial injustices”. It has asked the Victorian governor, Linda Dessau, to extend the report’s due date.

The Age reported last week that the First Peoples’ Assembly – the elected body that will develop a treaty framework – had urged the commission to delay the release of the report, saying it had failed to produce a high-quality document and meet community expectations.

The interim report detailed First Nations elders’ experiences of colonisation and the continual pain and harm they have experienced.

The chair of the Yoorrook commission, Prof Eleanor Bourke, said elders deserved to “see change in their lifetime”.

“Each of the some 200 elders we spoke to pointed to the ongoing effects of discriminatory policies and racist beliefs, including those that led to the Stolen Generations; policies and beliefs that have not only affected them, but continue to affect their children and grandchildren,” she said in a statement.

Bourke said the state’s treaty process would allow for changes in modern Australia.

The commission has a mandate to investigate and document past and present injustices against Victoria’s First Nations people, including by the state and non-government bodies. The Victorian inquiry – equipped with the power of a royal commission – is modelled on South Africa’s post-apartheid hearings. Similar processes have been held in New Zealand and Canada.

While it is independent from the First Peoples’ Assembly, the commission will help inform the agreement’s framework.

Last month, a bill to establish an independent authority that will oversee treaty negotiations between the state government and First Nations people passed the lower house.

Victoria is the only jurisdiction that has enacted the treaty and truth-telling components of the 2017 Uluru Statement from the Heart.

The commission’s next phase will look at the state-sanctioned removal of First Nations children from their families and interactions with the criminal justice system, as elders consistently brought these up as issues of concern.

The report recommended the Victorian governor amend the commission’s letters patent to extend the date for its final report to 30 June 2026.

It also recommended that the government enact legislative change to ensure First Nations people have agency over how the information they provide to Yoorrook is stored and accessed.

The Victorian minister for treaty and First Peoples, Gabrielle Williams, said the government would consider the recommendations in consultation with the First Peoples’ Assembly.

The commission will publish a second report early next year that will make recommendations to be considered in the state’s treaty process.

In a statement, Walsh said the commission’s work must go “hand in hand with meaningful action on Closing the Gap targets”. 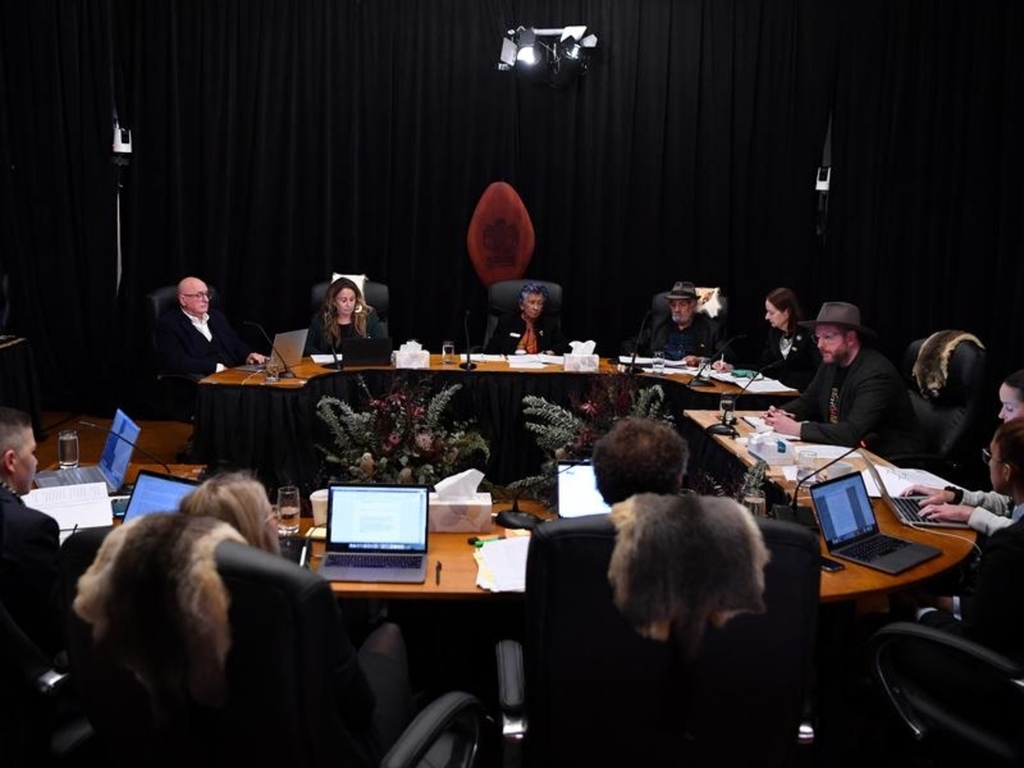 Aboriginal elders have recounted their experiences of discrimination, dispossession and child removal for a landmark Victorian inquiry.

Newsroom.co.nz
Nation-building or nature-destroying? Why it’s time NZ faced up to the environmental damage of its colonial past

The ways in which New Zealand remembers European colonisation have changed markedly in recent years. Critics have been chipping away…

After eight years in politics, Steph Ryan has announced her retirement. Her resignation, in the lead-up to the birth of…