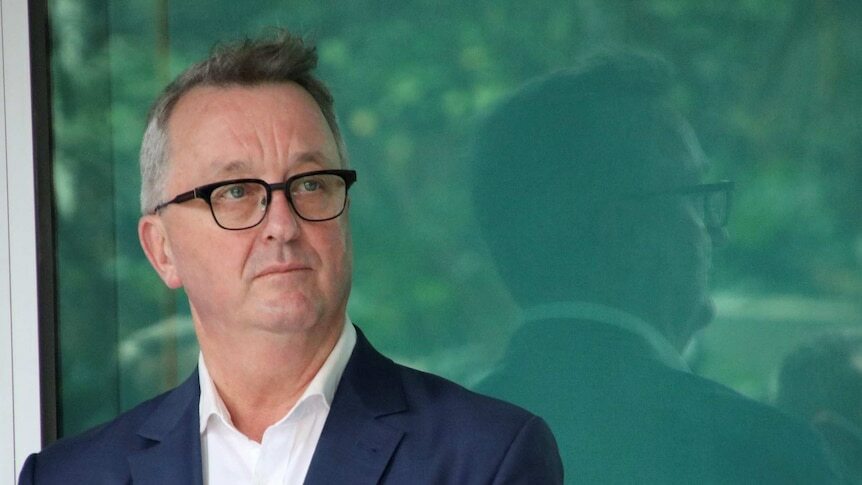 Victoria has recorded 450 new cases of COVID-19 as authorities urge pregnant women to take advantage of priority access to vaccines to begin from Sunday.

The positive cases were detected from 42,765 test results and contact tracers have only been able to link 75 to existing cases.

Only 11 per cent of the people in hospital had had a single vaccine dose, while the remaining 89 per cent were unvaccinated.

Authorities have been increasingly concerned about the spread of Delta in Melbourne's north and west, with more than 350 of Saturday's cases in those areas.

Health Minister Martin Foley said there had been a concerning "spike" in cases linked to construction sites.

"All workers big and small in the construction industry need to make sure that they follow the rules," Mr Foley said.

"The time for continuing to hand out warnings in the sector is over."

He mentioned the Panorama construction project at Box Hill, which is linked to 116 cases over three sites.

Mr Foley said authorised officers, WorkSafe inspectors and leaders within construction would be working to check rules were being followed in an attempt to curb the spike in construction-related cases.

Meanwhile women in Victoria who are at least 24 weeks pregnant will be given priority COVID-19 vaccine access at state-run centres from tomorrow.

The latest Commonwealth data shows 65.5 per cent of Victorians over the age of 16 have had at least one vaccine dose, while that figure is 40.5 per cent for those who have had both doses.

The Victorian government has committed to a slight easing of restrictions once 70 per cent of Victorians aged 16 years or older have had at least one dose of a COVID vaccine.

The decision to give priority access to vaccines to pregnant women has resulted from growing cases that are concerning health authorities.

Monash Health’s Ryan Hodges, an obstetrician who specialises in managing complex pregnancies, said there were seven pregnant woman with COVID-19 being cared for at the hospital.

One woman in intensive care is 24 weeks pregnant.

"We know that in pregnancy that coronavirus infections mean you are five times more likely to need to come to us at Monash," he said.

"There is a one-in-two chance you will need emergency delivery of your baby," Dr Hodges said.

"There is a one-in-two chance of caesarean section, and a one-in-four chance that your baby will need to be born prematurely. You are twice as likely to have a stillborn.

"This is what we are seeing from the Delta variant of the coronavirus."

Dr Hodges said the lowered immune system during pregnancy in tandem with the increased workload of the heart and lungs means pregnant women are especially at risk of respiratory illnesses.

"The problem that we're seeing is that the severity is actually higher, and what we're worried about is this take off in pregnant women that we've seen over the past week," he said.

Most of the new cases have begun to emerge in Melbourne's north, while the city's west still remains of serious concern.

Department of Health deputy secretary Kate Matson said more than 70 per cent of Saturday's cases were detected in Melbourne's northern suburbs, including 166 in the Hume local government area, 87 in Moreland and 41 in Whittlesea.

Dozens of cases were also recorded in the city's west and also in the south-east.

Ms Matson said whole households were quickly becoming infected due to the infectious nature of Delta and she urged people not to break rules prohibiting home visits.

She said the health system was doing everything needed to prepare for increased hospitalisations.

"But while the majority of our population is unvaccinated, we need to collectively do everything we can to keep those numbers down," she said.

Ten cases have been reported in regional areas a day after lockdown restrictions were lifted outside Melbourne and Shepparton.

Mr Foley said almost all of the cases had already been linked to Melbourne.

Four cases have been picked up in Greater Geelong, one in Cohuna in the state's far north, one at Beveridge north of Melbourne, one in Shepparton, one in Healesville, one in Bacchus Marsh and one at Daylesford.

Meanwhile, Daylesford Macedon Tourism chief executive Steve Wroe says the next 24 hours will be crucial for the town of Daylesford after a staff member at a popular cafe tested positive to COVID-19.

He said the cafe, Cliffy's Emporium, had been proactive and had told the community as soon as the news emerged.

"This was dealt with very early so I think the way it's been dealt with has given us the best possible chance to get it under control," Mr Wroe said.

"We'll know in the next 24 hours what it means in terms of restrictions."

Wastewater detections of COVID-19 have been picked up in the southern parts of the regional city of Ballarat and anyone in the area with symptoms is being urged to come forward for testing.