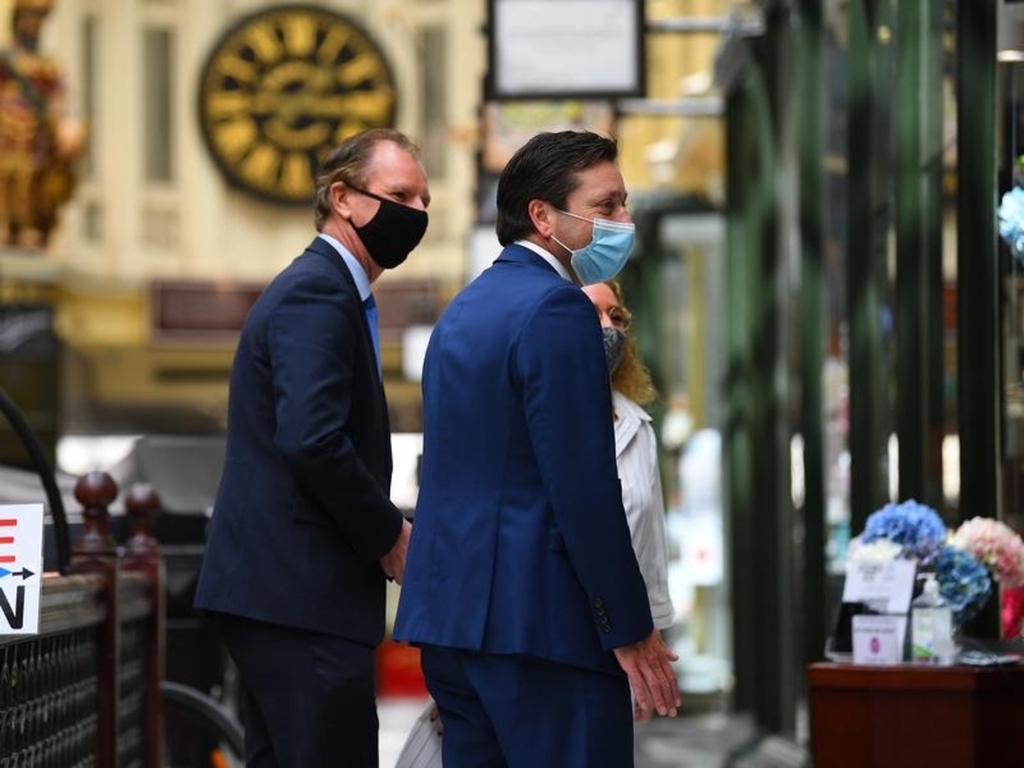 The Victorian opposition wants the state government to extend its rent relief scheme for small businesses facing a "shadow lockdown" thanks to the latest COVID-19 outbreak.

Deputy Liberals Leader David Southwick on Tuesday called for a three-month extension of the commercial tenancy relief scheme, which is due to expire in four days, as well as additional support for businesses to stay open.

"In a couple of days time, we will have a situation where the rent relief that many of these small businesses were receiving will end and we do not want this to be the final nail in the coffin," he told reporters.

Many retail and hospitality businesses have been forced to close their doors or reduce operating hours because staff have COVID-19, are close contacts of a positive case or are awaiting test results.

Restrictions have also been reintroduced, including density limits of one person per two square metres for indoor hospitality and entertainment venues and a ban on indoor dancefloors, in a bid to slow the growing spread of the Omicron COVID-19 variant.

Perry Legreco, the owner of family business Mediterranean Greek Tavern in Elsternwick, said the past four to six weeks have been tougher than the previous 18 months of rolling lockdowns.

"During the lockdown at least we have some protection through rent relief, through some of the government grants," he said.

"We've opened since late November and we're finding people are just vanishing. We are in a shadow lockdown whether we like to admit it or not."

Mr Legreco said half of the functions planned for the venue in January had been cancelled and only one of his 10 staff has been available to work.

"We are gone from being a prosperous restaurant to virtually struggling to survive," Mr Legreco said.

He said from 11.59pm Wednesday close contact isolation requirements will no longer apply to food supply workers, including those in retail, manufacturing and distribution, and that national cabinet would discuss expanding the scheme to further industries on Thursday.

"Trying to get as many people back to work as quickly as possible, off the back of a RAT test rather than having to isolate ... that's critical. I think we will probably add to the list," Mr Andrews said.